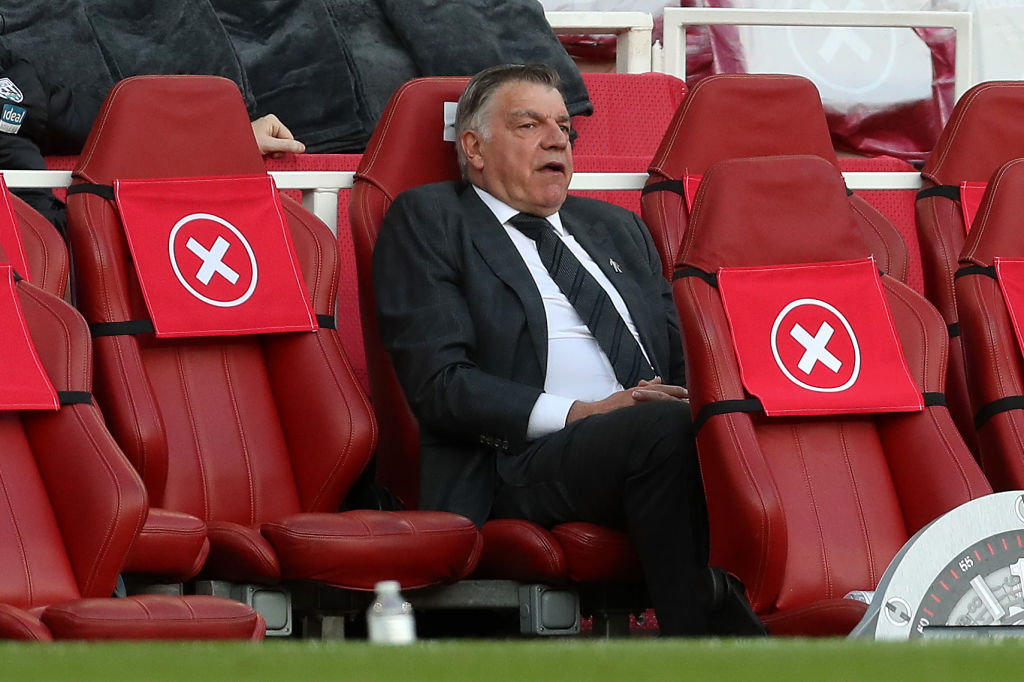 Sam Allardyce suffered relegation from the Premier League for the first time in his managerial career after West Brom were beaten 3-1 by Arsenal.

Goals from Emile Smith Rowe, Nicolas Pepe and Willian confirmed the Baggies would be returning to the Championship, despite having three games left to play.

Allardyce had established himself as a relegation escape artist during his various mangerial spells in England’s top flight, but his 17th season in the division ultimately ended in failure, with West Brom relegated from the division for a joint-record fifth time.

What the future holds for Allardyce is unclear and he refused to commit his future to leading West Brom in the Championship next season.

‘It’s not sunk in yet,’ Allardyce told BT Sport. ‘But I’m sure I’ll wake up tomorrow and realise the situation. I’m bitterly disappointed we’re not still in the fight.

‘I’m not saying we would have avoided relegation but we should have been closer, we should have taken it down to the last three games, based on how we performed. The creating of chances has been there but the converting has not.

‘We had [enough] time to pull it round. Our time has come and our time has passed.

‘Our real problem was not beating the bottom-six sides when we came up against them. The results against Chelsea, Manchester United and Manchester City should have been bonus points.’

Asked if he fancied trying to bring West Brom back to the Premier League next season, Allardyce added: ‘That’s too early to even consider or talk about that, for me.

‘It’s about getting over the disappointment and when the time is right to talk about what’s going to happen next season.’

West Brom defender Kyle Bartley told BBC Sport: ‘Massively disappointed. It is time to focus on these next three games, get as much momentum as possible to make sure we come straight back up next season.

‘I am really proud of the way the boys kept going. It would have been so easy to fold out there and lost four or five nil but everyone kept going.

‘Hopefully we can get the manager situation sorted out as soon as possible.

‘We need to try and take as much momentum into next season as possible.’