Matildas superstar Sam Kerr may be one of the most recognisable and successful figures in women’s soccer, but reveals she still feels like an imposter at times.

Kerr has won three Golden Boots, the Women’s Super League Player of the Season and PFA Players’ Player of the Year awards and is the all-time leading goalscorer for the Matildas.

A five-time PFA Australian Women’s Footballer of the Year, Kerr is the only female football player to have won the Golden Boot in three different leagues and three different continents. 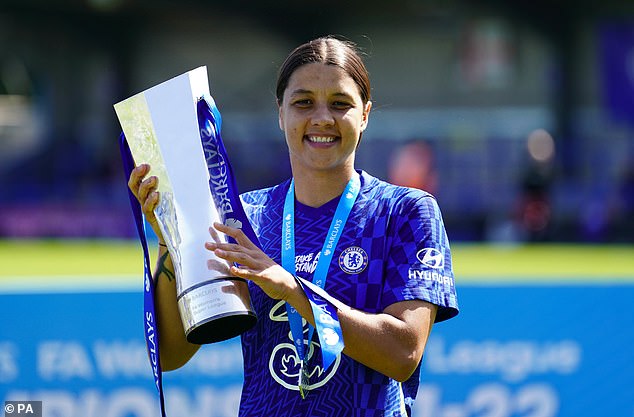 Sam Kerr revealed she still feels like an imposter on the field, despite a stunning career

And yet, her CV isn’t good enough to banish the self-doubts that creep into her mind at times.

‘I still sometimes think that [I’m an imposter]… I say to people all the time: “I’m not that cool”, or “I’m not that big of a deal”,’ she said on the [female] athlete project podcast.

‘When people go crazy over the Matildas now […] you’re still kind of like: “Is this really my life?” I never thought women’s football would be where it is […] I still sometimes feel like: “Do I belong here?” 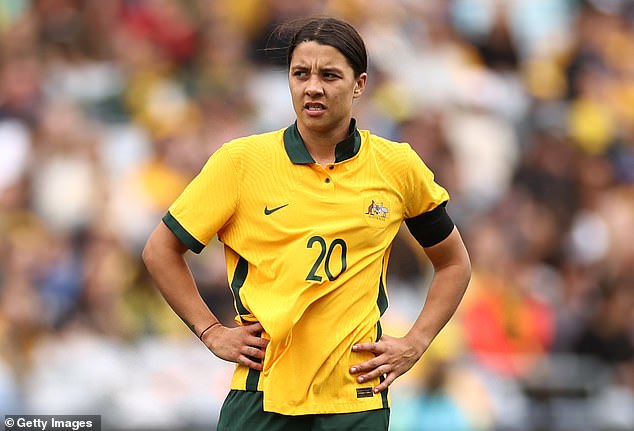 ‘When you’re on the world stage it’s something that you never really feel that, not that you don’t belong, but you feel like: “I’m just a normal person from Perth”.’

The Aussie star moved to Chelsea in November 2019 for the second half the 2019-20 campaign and has won seven major trophies with the Blues since.

However, she admitted it took her a while to find her feet in England. 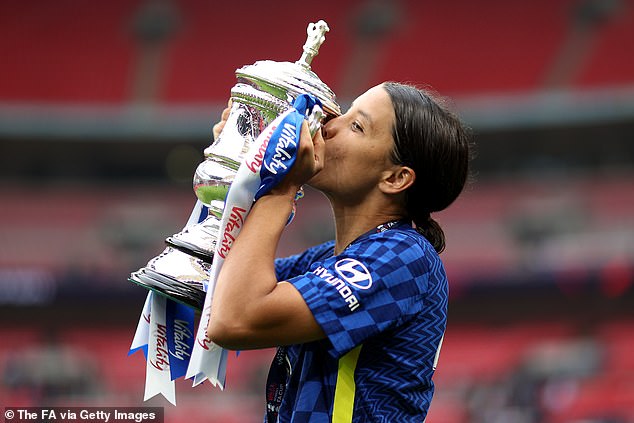 Kerr has won seven trophies with Chelsea in the past two seasons, including two FA Cups 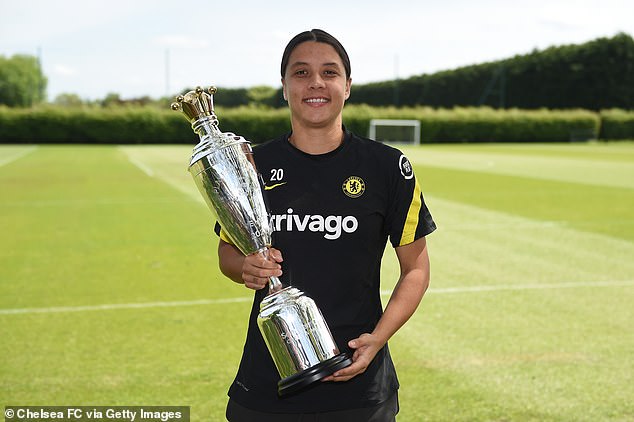 Last season, she was voted the Women’s 2022 PFA Players Player of the Year

A 108-game veteran for the Matildas, Kerr has scored a record 56 goals for the national side in the 13 years since she made her international debut.

Memories of her first game for Australia in 2009, however, are far from fond.

‘I think it’s the one game that I probably wish I could replay […] what women’s football is now is obviously amazing, but [back then] I was just like, ‘I don’t really belong here’. I kind of had that imposter syndrome.’