Home » Soccer » Saman Ghoddos on Iran, the World Cup and ‘playing for the people’

Thanks for signing up to the
Football email

Saman Ghoddos visibly considers his words, but he has clearly thought about what he is going to say. The Brentford forward does not want to stay silent on an issue of such importance. The stakes for Ghoddos, however, are much greater than just offering a statement on Qatar’s issues in the way most other World Cup players might.

The 29-year-old knows he is going to be asked about the political strife in Iran, where the state security forces have killed hundreds in shutting down nationwide protests over the death of Mahsa Amini, who was beaten in police custody after allegedly breaking rules on mandatory head coverings. He has agreed to an interview because of it, though, and shows considerable courage with his comments.

“Everybody wants to see a change,” Ghoddos says. “It’s a change that is very easy. What the people want is nothing special. It’s just freedom and I don’t want to say ‘Yeah, go fight for it’ because I don’t think violence is the right way. But something has to change and this has been going on for too long.”

If the words seem simple, they come from a hugely difficult situation, not least because of the intense focus on this Iranian team. Speaking out could bring significant repercussions, given the government have just issued the first death sentence over demonstrations. There’s also the fact that Ayatollah Ali Khamenei’s state are seeking to politically use the World Cup to present an image of normality.

Ghoddos nevertheless feels that players “of course” have some responsibility. He says the squad had been messaging about it “almost every day” before they met up this week. 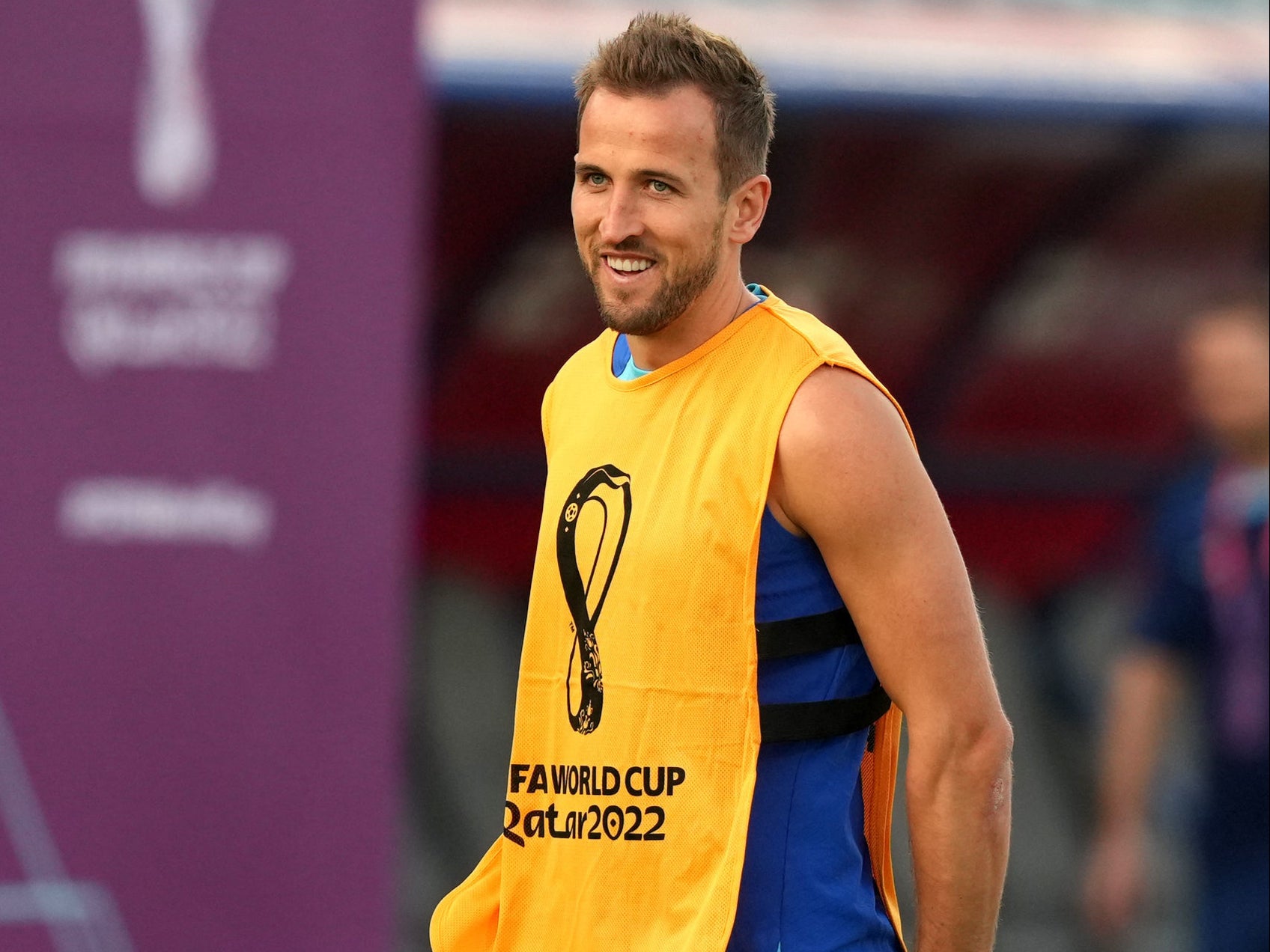 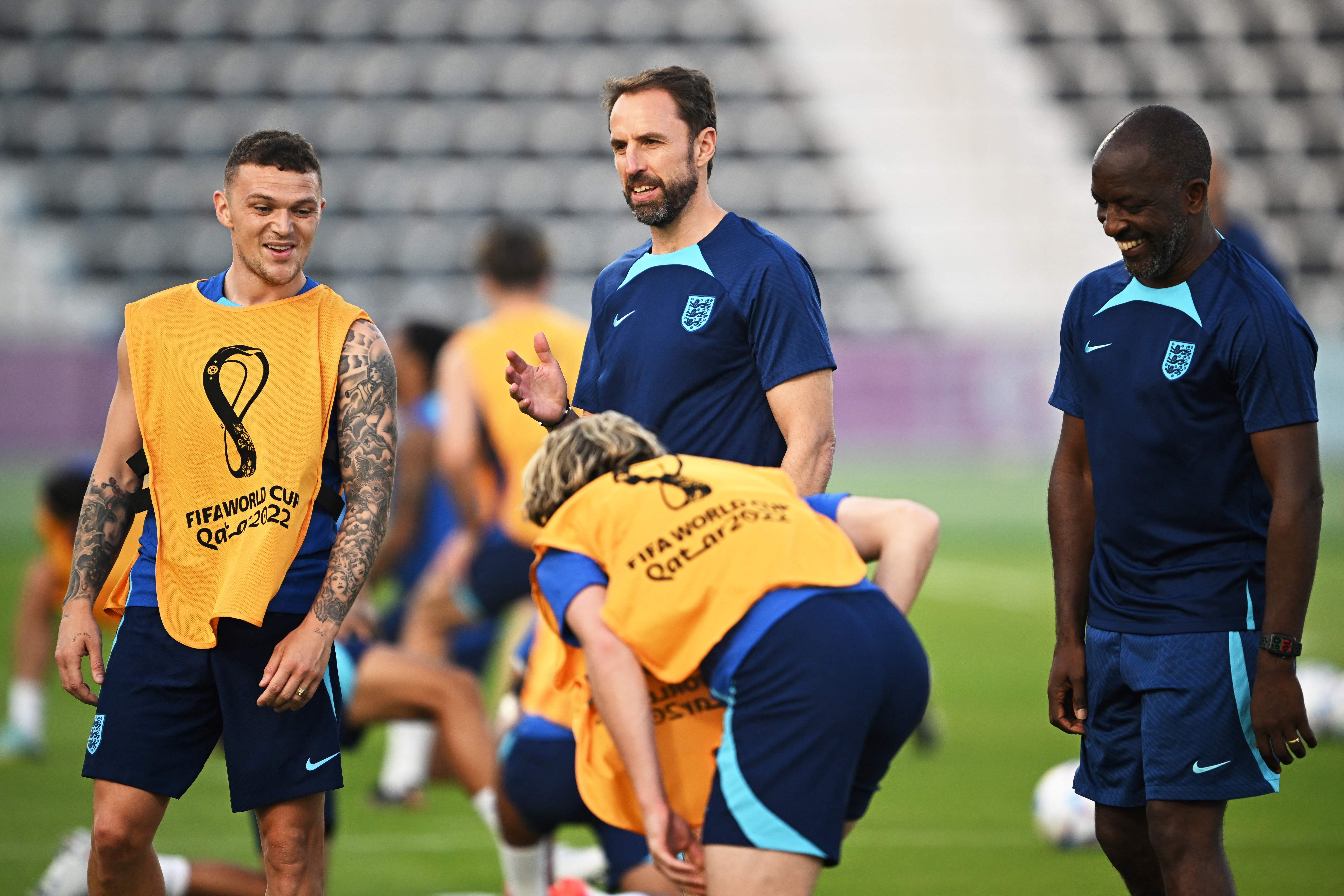 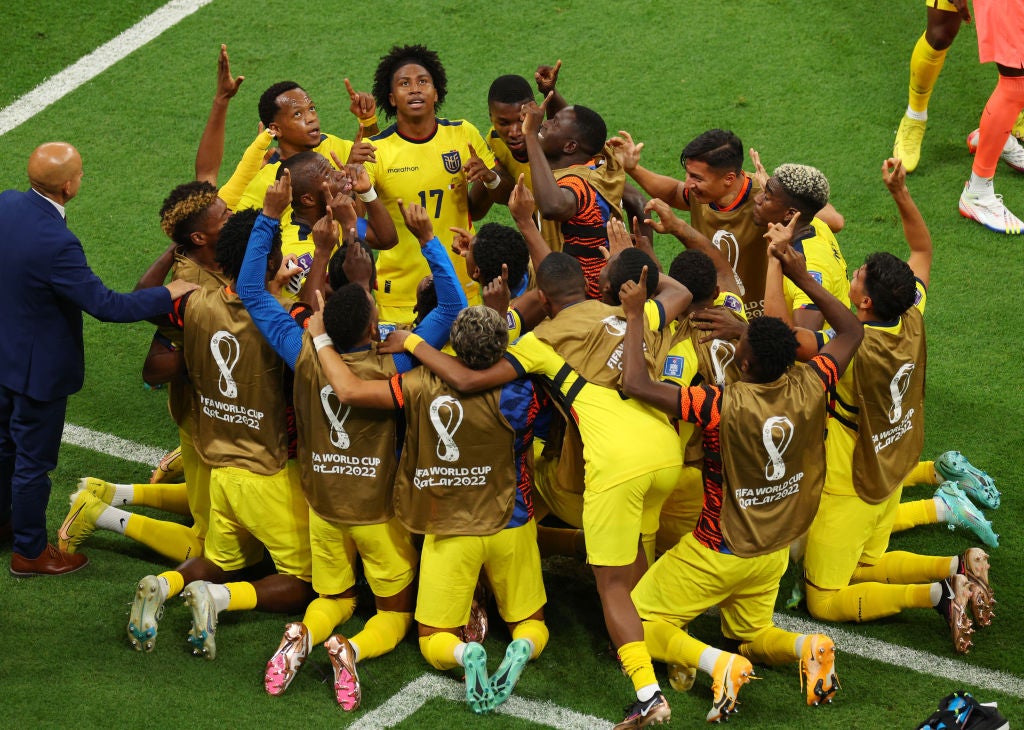 “No one is happy about it,” Ghoddos says. “I don’t want to mix politics with football but football is coming to the side right now, because people are losing their lives fighting for freedom… clearly a change needs to come, and it has already been going on for so long. We all want change.

It almost feels wrong to be discussing football in that context. It is why England’s opening game is one of the most politicised fixtures of this highly politicised World Cup. The United Kingdom’s fractious history with Iran feeds into the political strife, the state’s regional alliance with the controversial nation, and the recent claims that Khamenei’s regime is supplying drones to Russia in the Ukrainian war.

All of that has led to multiple calls that the team be thrown out of the World Cup. Ghoddos is diplomatic and nuanced on that, even though this is his dream.

“Everybody can see what’s going on, it’s not so pleasant, and if we can put a light on what’s happening and if we can make a change in that way, that would be a good thing.”

There’s also a notable comment later on, when Ghoddos talks of how they “play for people in Iran” – not the state. This is where the debates on these topics become so complicated, going right back to Argentina 1978 and even Russia 2018, because the population’s football culture will always be distinct from ruling powers.

Ghoddos does admittedly come from this with a different perspective than many of his teammates. He grew up in Sweden after his parents migrated, and was initially a Swedish international with two caps and a goal. Ghoddos hadn’t even visited Iran until he made the switch in 2017. That never meant he felt any less Iranian, though. He couldn’t.

“We spoke Iranian and had this culture in my home. I was never able to go because, every time my parents were flying there, I had an important football game or something like this.

“There are so many Iranians in Sweden and in the city I was born in, Malmo.”

That naturally means he has memories of his country’s previous appearances in World Cups, not least the emotional impact of another of the most politicised fixtures.

“I was five years old in 1998 but I remember the celebration against the USA,” he says of Iran’s historic 2-1 win. “We always taped the World Cup and watched it every time after school.” 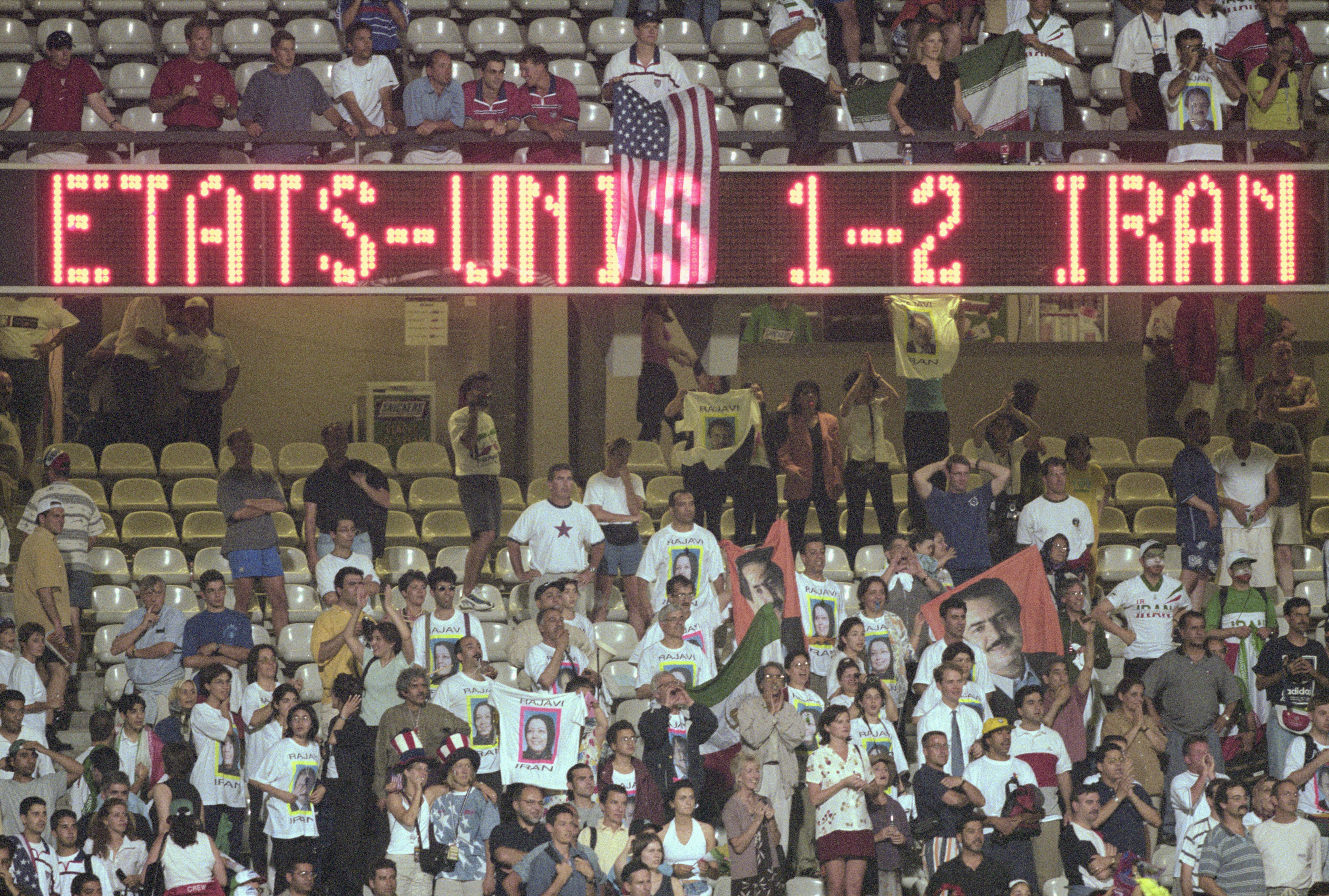 Playing through the Swedish football system meant it was natural to accept a call-up when asked for two friendlies, as tends to be the case for many of dual nationality. If Ghoddos didn’t exactly experience any internal debate about his choice, it was Iran manager Carlos Queiroz who offered some certainty.

“I was in the squad and for me it was a big honour but then I didn’t hear anything from Sweden. I didn’t think I was going to start. Then I got a call from Carlos Queiroz wondering if I would like to play for Iran. I never thought about it and I said ‘yeah of course’. He said he would invite me to a camp but he won’t play me because he doesn’t want to put pressure on me, and then I’m stuck to Iran.

“So he said ‘I will invite you, you train with us, and then for the next camp you can choose by yourself’. For me, that was like ‘this is amazing’. I’d heard about these players who get one minute [for one country] and then they’re stuck, then they can’t change, and I really appreciated the way he did it. Then Sweden wanted me to play. For me, it felt like it’s a bit too late now… so I said I want to play for Iran. I made my decision.”

His parents only ever encouraged Ghoddos to do what felt right, as they would be proud regardless, but his decision felt perfect when he experienced the response of his extended family.

“They’re just so happy every time I go with the national team and to be able to play and have their last name on my back. That’s a proud moment for them and that makes me happy.

“I never thought the people were so into football in Iran, and the kindness they have. It was very big for me.”

It felt even better when he was picked for the 2018 World Cup.

“That was the biggest thing I’d done in my life. I was like ‘I need to do this again.’ The atmosphere was something else. You just feel the energy. Now we’re there, it’s a very special moment for me. I’m very proud. I’ll try to make the best of it.

It reminds of the other side of the political use of football, which is the people’s enjoyment of it. It is all the more reason that Ghoddos feels an obligation – as well as an optimism. He firmly believes Iran can get out of the group for the first time.

“I rate it very high. If I’m looking at the squad for the other World Cups, I think this is the best Iran has ever had. The players we have right now, Mehdi Taremi doing well with Porto in Champions league level, same with Sardar Azmoun at Bayer Leverkusen. OK, maybe before with Ali Daei, Ali Karimi, these were exceptional players but it wasn’t so many. Now it feels like there are more of us, it’s more like a team spirit we have. It’s the same like with Brentford. We are really together and I think, with that, you can go through even if you are not as good a team on paper.

“Of course we are underdogs against England. That’s nothing to hide. I would rather fight from the underdog position and try to achieve something from there.” 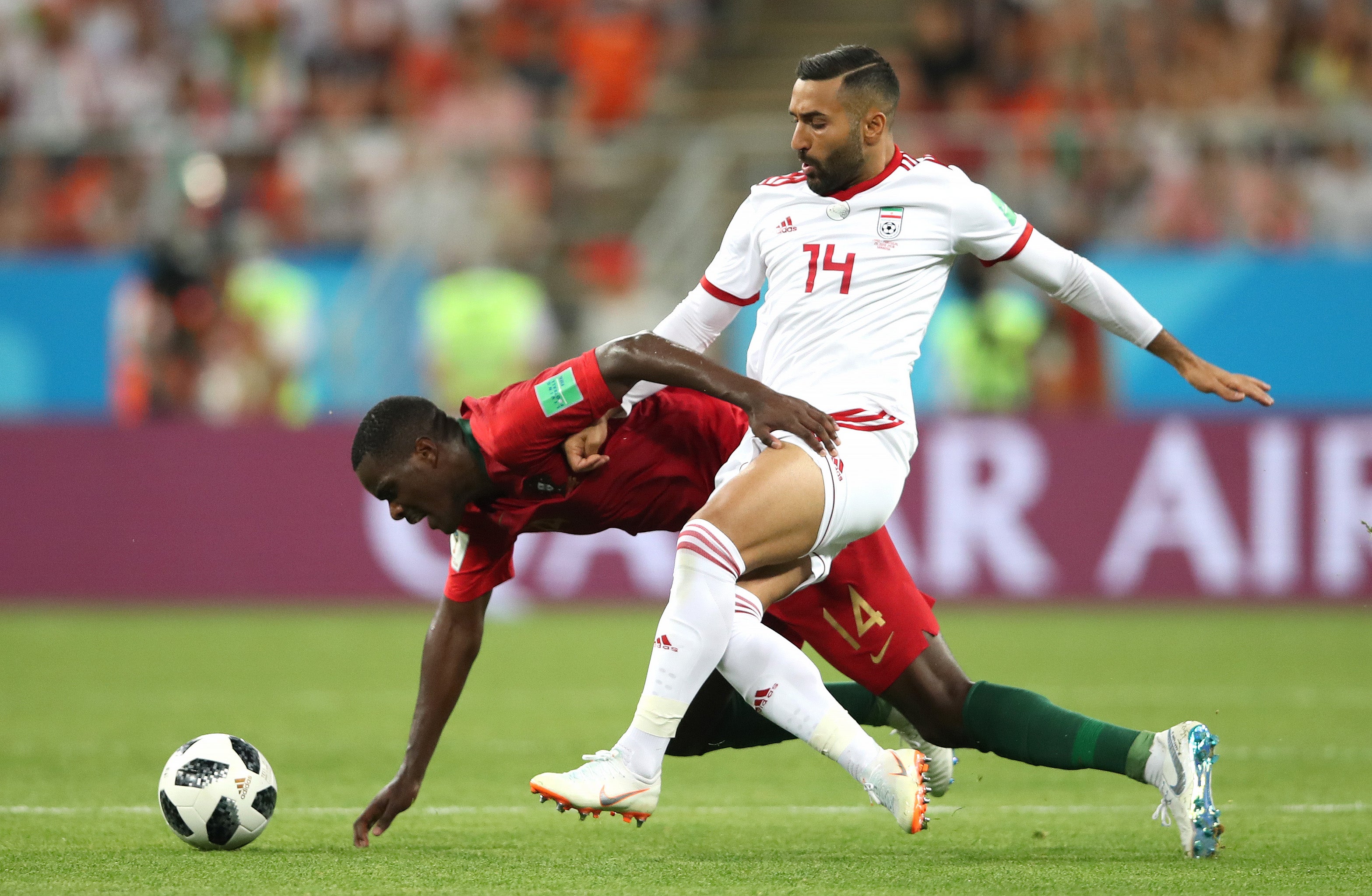 Ghoddos played at the 2018 tournament

The manager, Queiroz, is well versed in that. His football isn’t always enjoyable, but it is effective. The Portuguese made Iran a hugely difficult team to play against in the last two World Cups, bringing both Spain and Portugal to the brink of elimination in 2018 – as Quieroz’s team finished on four points to their five apiece – and forcing Argentina into a stoppage-time long-range winner from Lionel Messi in 2014. Monday is unlikely to be all that enjoyable for England.

Iran are going to be very well drilled. Queiroz has been sending the players videos of what he wants for weeks.

“You know when you’re coming in what you have to do,” Ghoddos says. “It’s very tactical and the message he is sending is very clear. Everybody knows their job, and he’s trying to put it in your spine. Like, if the ball is here, you have to do this – and it’s every day.”

That tactical application will be reinforced by an emotional intensity. The Iranian squad don’t actually play national music in the dressing room, because it’s “more beautiful music”, as Ghoddos puts it. They want to be pumped.

“Right now it’s the Stormzy song, Mel Made Me Do It,” Ghoddos laughs. 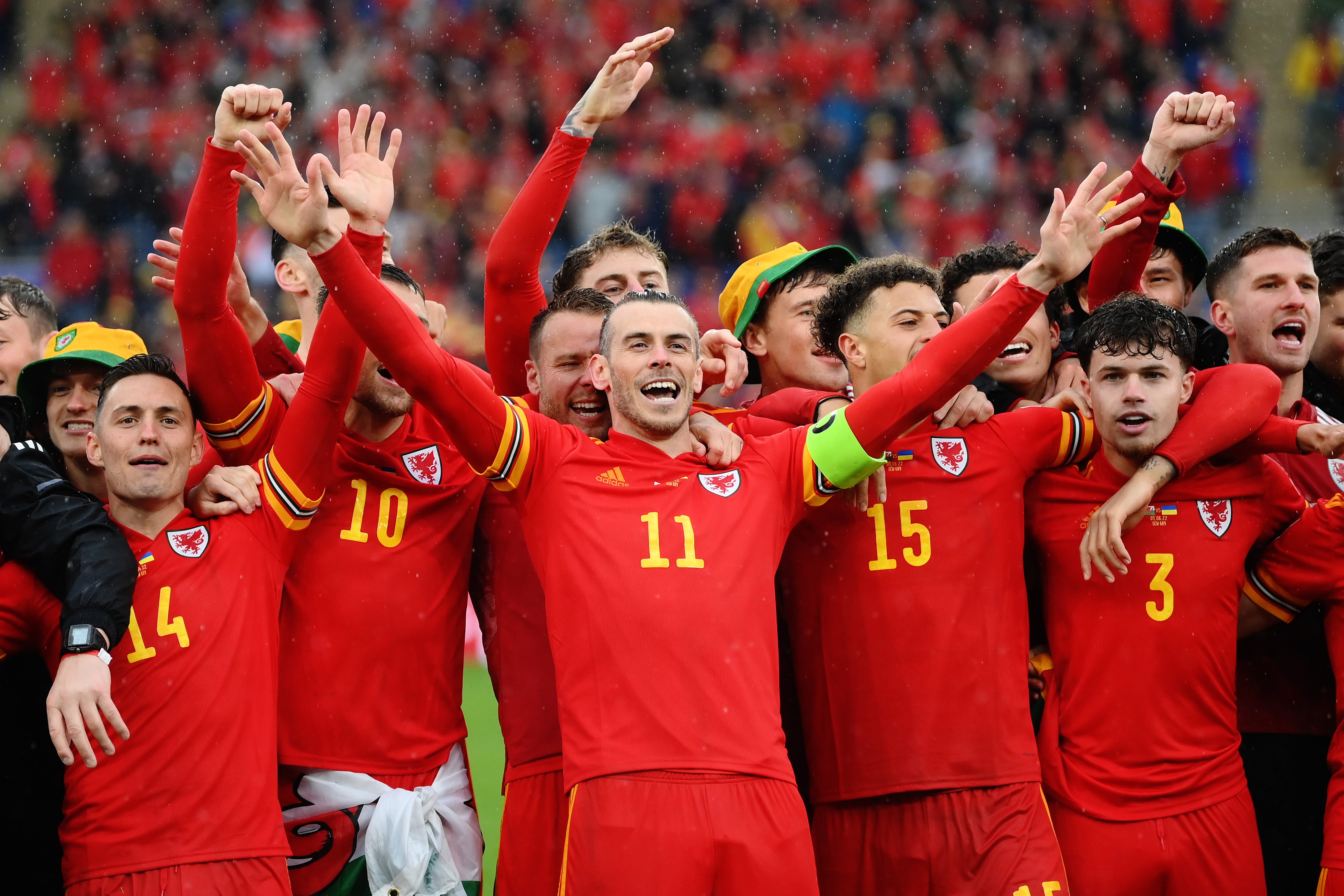 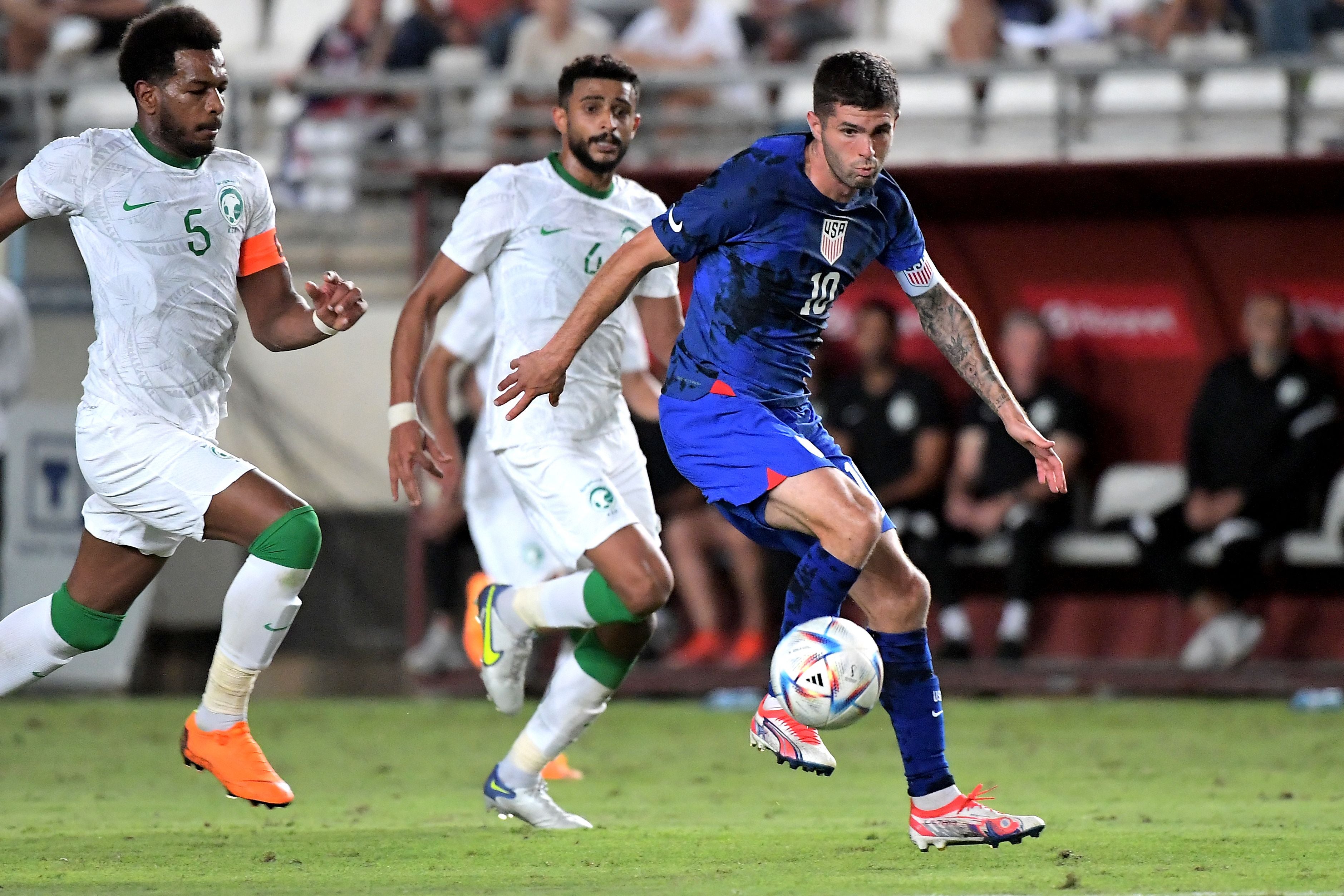 “But it’s very important to make sure the energy does not get to you because when you have too much it can affect your game. As long as you can see it as a normal game, of course you need energy to get to a new level and we’ll need that but it will be so special because if, you play for people in Iran, the energy and level we have will help us.”

Those last few words are among the most significant of all. Ghoddos sees himself as playing for the people – and he’s been courageous in speaking for them.

Register for free to continue reading

Register for free to continue reading

Chelsea and Arsenal could stop Leicester from qualifying for Champions League