Manchester United hero Paul Scholes has hit out at Fred and Scott McTominay for not taking the ball on the half turn like Casemiro. Christian Eriksen was also singled out as a positive influence on the Red Devils’ midfield which, according to Scholes, has been too backward-thinking in recent years.

Erik ten Hag spent millions bolstering United’s midfield over the summer with Eriksen and Casemiro the key recruits. It could have been even more if the Dutchman had got his wish, with Frenkie de Jong the subject of a drawn-out transfer saga that eventually saw him stay at Barcelona.

There had long been a feeling that United needed to add more quality in midfield with Fred and McTominay failing to unanimously win fans over as a partnership. Both have looked good in spells during the early days of Ten Hag’s tenure, but Scholes is adamant that they should adopt a simple tactic to become more progressive.

“I don’t remember which game it was but [Man Utd] were beaten and I was a little bit hard on Scott and Fred but they had their backs to goal all the time,” he recalled. 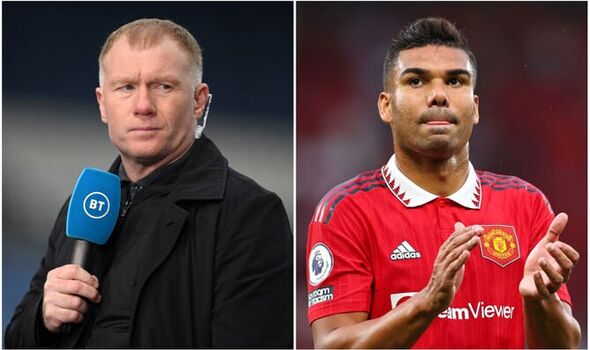 “When they are receiving the ball with their back to goal all the time it is the only way they can go. A midfielder should always receive the ball on the half turn so they can still see their defenders and their forward.

“You saw Casemiro did it two weeks ago and [Christian] Eriksen does it all the time. Small things like that just annoy me because I think if you are playing at Manchester United you should be capable of doing that. You should expect that, shouldn’t you?”

Even though Scholes likes what he has seen from Casemiro, the Brazilian was left on the bench behind McTominay last time United played in the Premier League. Despite boasting a trophy cabinet with five Champions League and a host of other domestic silverware in Spain, he still faces a battle to earn a long-term spot in Ten Hag’s starting XI.

By contrast, Eriksen has been thrown at the deep end thanks, in part, to his vast Premier League experience. On the whole, United fans are delighted with his impact and a scorching strike for Denmark this week hammered home his quality and sparked calls from supporters to pull a similar effort out of the bag in the upcoming Manchester derby. 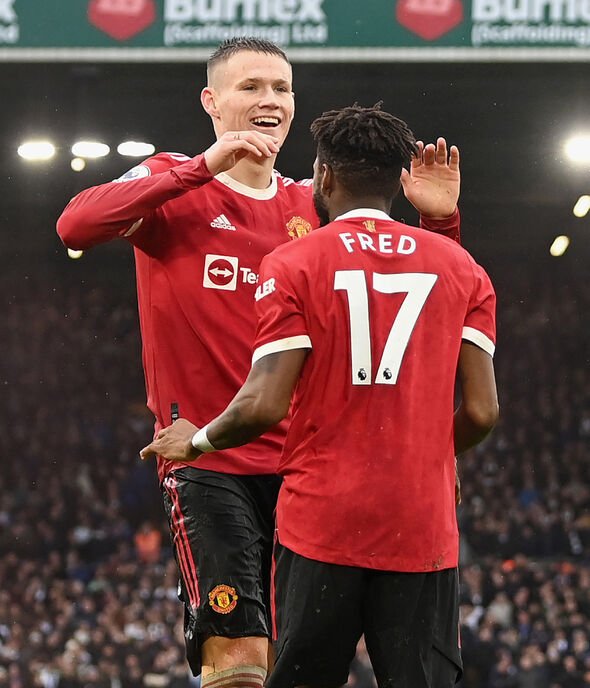 Playing on the half turn could be crucial against Manchester City with Pep Guardiola’s side famed for their ability to press high up the pitch. The Sky Blues are undefeated in seven Premier League games this season and will be desperate to get one over on their local rivals.

United’s last two matches have come in the Europa Leagues thanks to domestic postponements and the international break. Defeat at home to Real Sociedad got their competition off to a rocky start but Cristiano Ronaldo and Jadon Sancho netted the following week in Moldova to seal a victory over FC Sheriff.