Inside Scotland’s RAUCOUS dinner party: Steve Clarke’s stars do the conga and sing about shootout hero David Marshall after his penalty save against Serbia sent them to Euro 2020 – their first major tournament in 23 years

Scotland’s celebrations continued in the team hotel as penalty shoot-out hero David Marshall led a conga while his team-mates sang his name to the tune of Whigfield’s ‘Saturday Night’.

A dramatic night in Belgrade saw Steve Clarke’s side qualify for their first major tournament since 1998 as they booked their place at next summer’s Euro 2020.

After Luka Jovic’s 90th minute equaliser for Serbia cancelled out Ryan Christie’s earlier strike, Scotland had to get through extra time and a nerve-wracking penalty shoot-out. 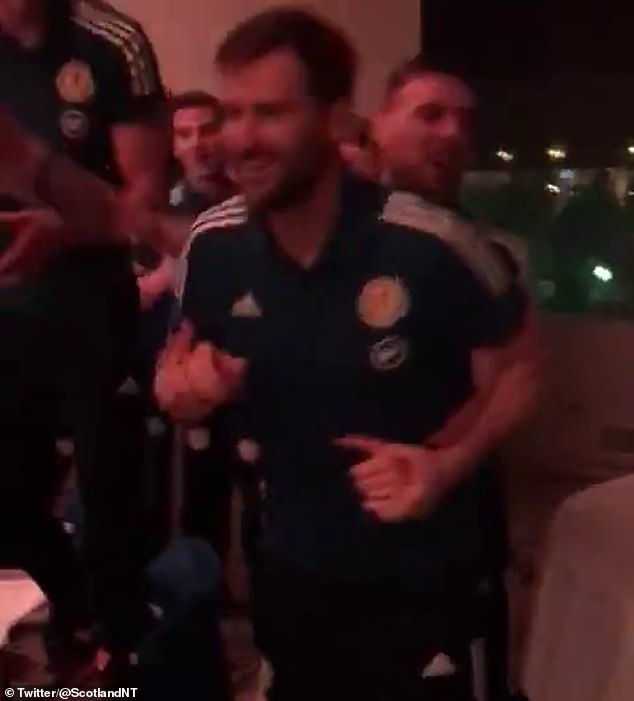 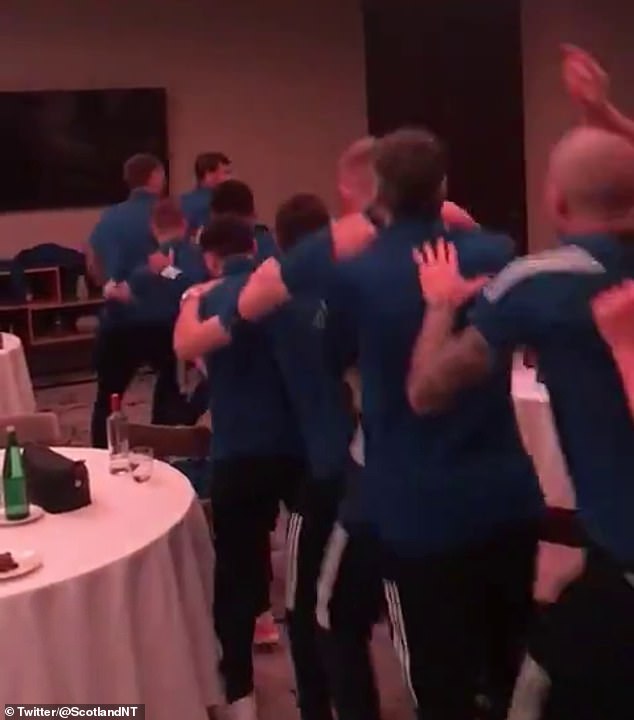 But Marshall dived to his left to deny the Fulham striker as the goalkeeper wrote his name in Scottish football history.

And the Derby shot-stopper was in the thick of the celebrations back at the team hotel. 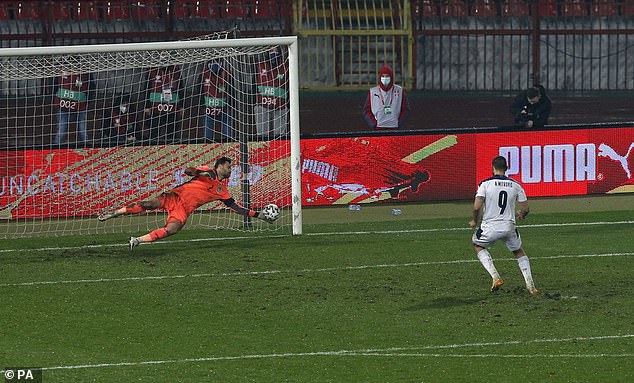 As his team-mates sang his name to the tune of the hit 90s song ‘Saturday Night’, Marshall led a conga around the dinner table with the management staff watching on.

There had already been singing earlier in the night with the team blaring out Baccara’s ‘Yes Sir, I Can Boogie’ in the dressing room.

The song choice as a reference to the video recorded by Andy Considine for his stag do.

The defender dressed up in drag while he danced to the 70s hit with friends and family.

While Considine was not wearing the same attire in Belgrade, he was once again singing along and dancing to his now trademark song. 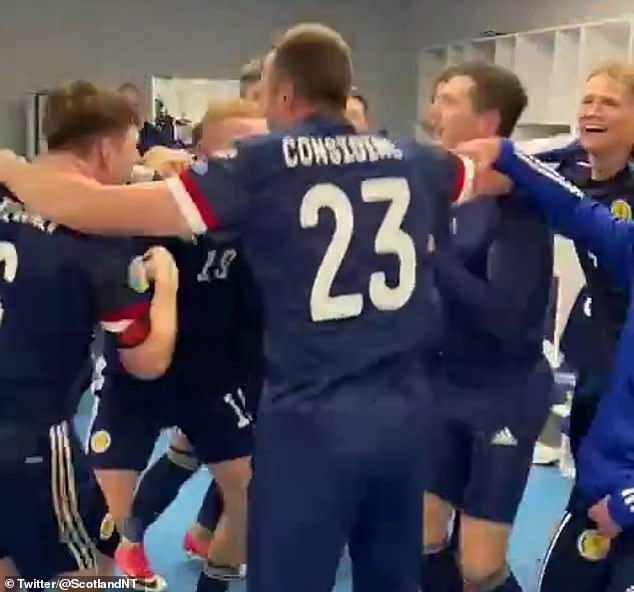 There was singing earlier in the night as ‘Yes Sir, I Can Boogie’ blared out in the dressing room

Next summer will mark 23 years since Scotland last qualified for a major tournament. Clarke’s will join England in Group D along with Croatia and the Czech Republic.

When the Tartan Army face Gareth Southgate’s men on June 18 it will be 25 years and three days since they met at the old Wembley during Euro 96.

Southgate played in that fixture, which is remembered for Paul Gascoigne’s stunning goal and dentist chair celebration, and Scotland will be desperate to get one over on their bitter rivals.