Home » Scottish Cup final between St Johnstone and Hibernian could have fans if moved from Hampden Park, says Government

The Scottish Cup final between St Johnstone and Hibernian could be played in front of a crowd if the match is moved away from Hampden Park, says Scottish Government National clinical director professor Jason Leitch.

The game is currently due to take place on May 22 at Hampden Park behind closed doors. Less than a month later on June 14 around 12,000 supporters will be at Hampden for the Euros.

Under the latest Scottish government guidelines, 500 spectators can attend outdoor events from next Monday, with organisers able to ask for more.

UEFA will take control of Hampden Park on Friday ahead of Euro 2020 but an agreement in place between the Scottish FA and UEFA means the final will be allowed to take place at the national stadium next weekend.

Aberdeen have offered to hold the game at Pittodrie as one route for fans to attend.

The Scottish Government have confirmed that the final can have fans in attendance in an alternative venue, as part of the move into level two in the national roadmap out of lockdown.

“The cup final is relatively straightforward. It cannot be at Hampden Park for operational reasons that the SFA and UEFA are doing,” Leitch said at a press conference on Tuesday.

“If the SFA decides to move the cup final that is up to them. We have said these are the numbers of fans you can have at stadia at each of the levels. We are now moving to level two on Monday, level one, hopefully on June 7. 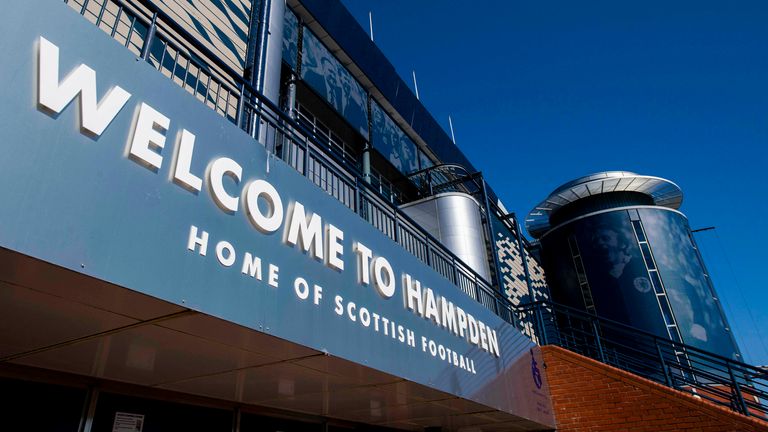 “That number is a minimum, if the SFA want to apply for more they have to apply to the local authority where the game is held. If the number is still too high it comes to the Scottish Government and we can decide with mitigations and everything else, whether that crowd is allowed.

“If they move the final to a stadium in level two outside Hampden, yes they can have a crowd.”

The SFA would prefer the game is not moved away from Hampden and will hold talks with UEFA over having fans in attendance.