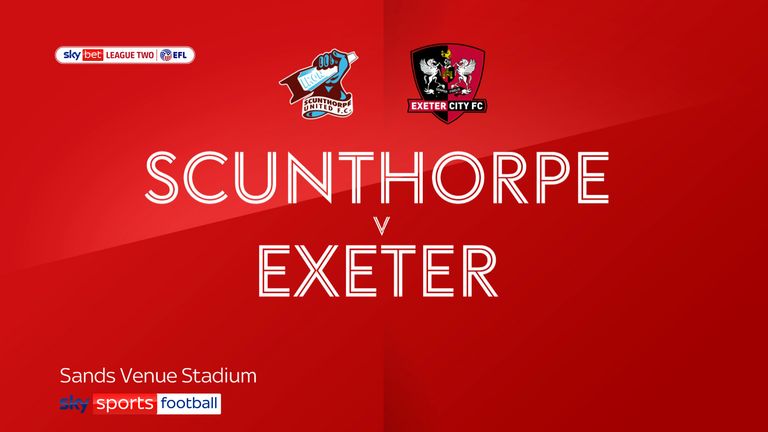 Exeter kept their League Two play-off push on course with a comfortable 2-0 win at Scunthorpe.

In-form midfielder Matt Jay put the visitors ahead in the 11th minute – curling home a free-kick to take his tally to four in two games following a weekend hat-trick against Leyton Orient – before substitute Jack Sparkes wrapped things up with only a minute left to play.

Jay was the main man in a game the Grecians dominated for long spells without being able to find a second goal to kill the game off until the closing stages.

Having been beaten by Jay from 25 yards for the Exeter goal, Scunthorpe keeper Mark Howard kept out another well-struck free-kick from the Grecians man in the 56th minute, and the midfielder should have hit the target when he stole into the box to meet Jay Randall’s fizzing cross minutes later.

The Iron did not get into the game until well into the second half, although when they did Devarn Green dragged a shot wide and Alfie Beestin flashed a header across the face of goal after meeting a free-kick swung in from the left.

In the closing stages Randall spun an effort beyond the far post before Sparkes squeezed a shot into the bottom corner from just outside the box to wrap up a deserved three points for Exeter.