Home » SECRET SCOUT: Leicester's Braybrooke will get his chance to impress

THE SECRET SCOUT: Pint-sized Sammy Braybrooke can be the smallest player on the pitch for Leicester City but the deep-lying midfielder is energetic, rarely loses the ball and will get his chance to impress for the Foxes

Our scout is a top football expert who attends matches each week searching for the next star.

This week, Leicester City midfielder Sammy Braybrooke is under the spotlight… 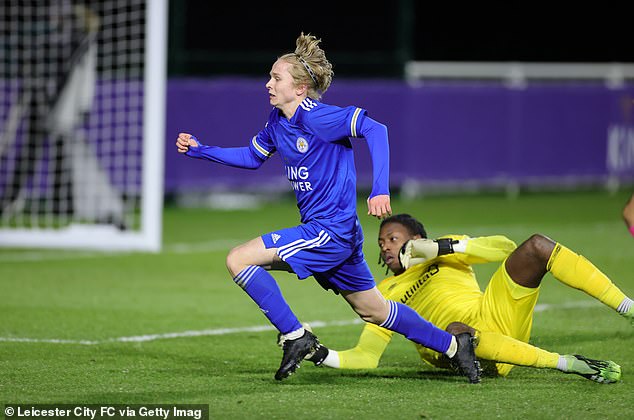 Despite only being 5ft 6in, Sammy Braybrooke holds himself well in the centre of midfield

Playing in central midfield in front of his three-man defence, Braybrooke cut a rather diminutive figure. Only 5ft 6in, he has an enthusiasm and energy that was important for his team and I liked the way he used the ball, rarely losing possession. He has good energy and is not intimidated.

He’s right-footed with enough confidence to use his left foot without losing valuable seconds by transferring the ball to his stronger foot.

He made himself available to receive the ball in his central position when the wing-backs had the ball. From there, he looked up early to spread play and feed his front men whenever possible.

In possession, he showed a big heart and determination to retrieve the ball, scuttling to close down and tackle players who were invariably more muscular. 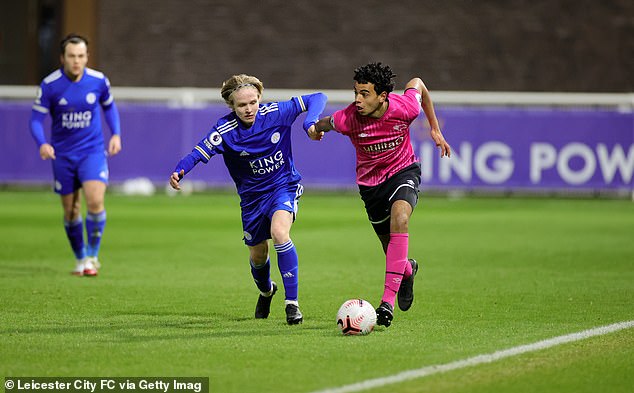 He was the smallest man on the field but was not intimidated and showed his leadership credentials. Leicester have some big boys in their Under 18 team and at the moment he is very much an apprentice, despite also featuring in the club’s Under 23 squad.

His stats in terms of accurate passing and tackling would be very good. He certainly ticks a few boxes.

He has been at Leicester for some time now and I wondered whether he had watched and studied N’Golo Kante at close quarters when the France midfielder was so instrumental in their Premier League title win. He looks a good character and will get his chances.

WHAT DOES HE NEED?

His diminutive size means he needs to retain his confidence to continue playing against bigger players. He must understand he has to be exceptional but he reads the game, can pass and will look forward. He could add goals to his game to become an even more complete player – but playing deep, that is not a concern at this stage of his development.

Thiago Alcantara says it was an 'easy decision' to join Liverpool