Home » Sergio Aguero touches down in Spain to have Barcelona medical 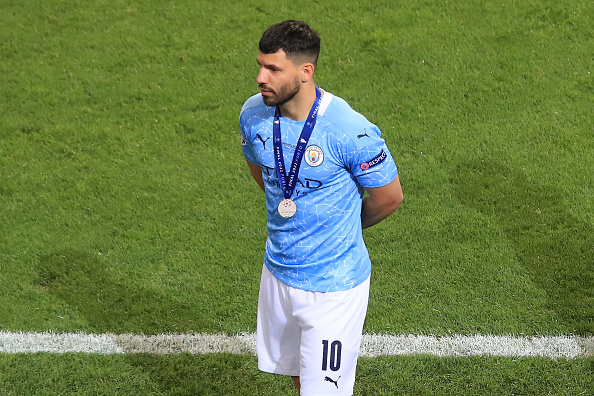 Manchester City legend Sergio Aguero has been spotted in Barcelona, where the Argentine is set to undergo a medical ahead of signing a two-year deal with the Catalans.

The 32-year-old announced his departure from the Etihad earlier this year after the club failed to offer him a new deal.

Aguero spent ten years at City, becoming their top scorer during the process of a trophy-laden decade at the Etihad.

Pep Guardiola did all but confirm Aguero’s move to the Camp Nou after City lifted the Premier League title last week but the Argentine has remained tight-lipped over his plans.

However, Aguero was spotted in Barcelona today with local outlets capturing the striker entering a car in the city centre.

Georginio Wijnaldum is likely to join from Liverpool, while Memphis Depay could arrive from Lyon after the expiry of his deal.

Manchester City defender Eric Garcia is also set to move to the Camp Nou after he turned down several offers to remain at the Etihad.

Winterburn: Arsenal should not take gamble on Barcelona flop Coutinho