Sergio Ramos admits he still has something to prove at PSG after injury-plagued first season in which he has played just 10 games, as he says it was ‘hard to adapt’ to his new life in Paris after 16 years with Real Madrid

Sergio Ramos believes he has a point to prove at Paris Saint-Germain after a frustrating first season.

The 36-year-old defender, who joined on a free transfer from Real Madrid last summer, has played just 573 minutes of football over 10 matches during his first campaign at the Parc des Princes.

The Spain international has suffered a series of injury setbacks since his arrival and wants the opportunity to properly show what he can bring to the PSG side. 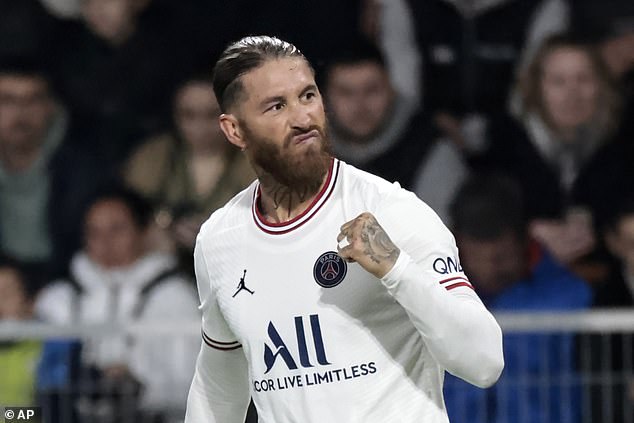 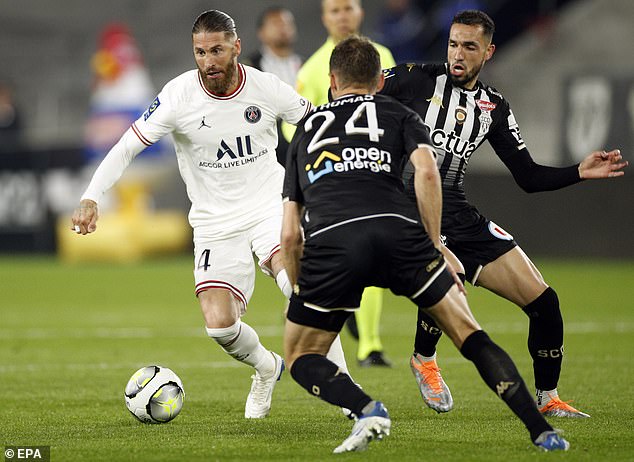 ‘I’ve spent [too] few hours on the pitch this season in the PSG jersey,’ Ramos told the club’s YouTube channel.

‘I’m at the prime of my career and eager to show my new team, Paris Saint-Germain, how much football I have inside me.’

Ramos produced a pumped-up goal celebration after scoring in the 3-0 win at Angers in Ligue 1 last week and he said it ‘was a reflection of the sacrifice I’ve had to make.’

While medical staff at PSG compared his physical fitness to that of a man 10 years younger when he signed, Ramos was afflicted by a calf injury that meant he didn’t make his first competitive appearance for PSG until November. 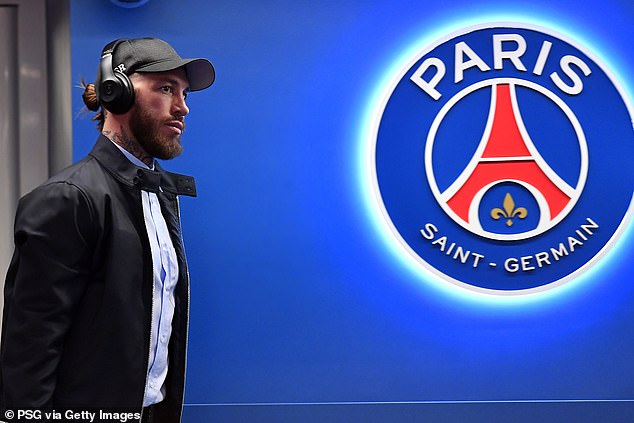 Further muscular problems then ruled him out of a further four games in December before a relapse of the calf problem saw him miss seven league games plus both legs of the Champions League last-16 defeat to his old club Real.

Ramos has finally returned to full fitness and has started three of PSG’s last five league matches as they secured another championship.

The defender has admitted it took a little time to adapt to his new life in Paris having spent some 16 years at Real Madrid.

‘At first it was hard to adapt. I had been with another club many years, where you had everything under control; the club, the house, the children’s school,’ he said.

‘It was not so easy to get to a city as spectacular as Paris. It was difficult for us to find a home. 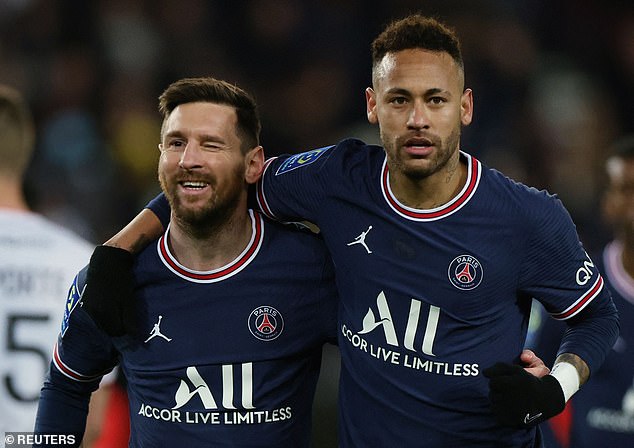 Despite Lionel Messi (left) and Neymar (right) up front, PSG failed in Europe once again

‘With respect to the team, it was fast to adapt because I knew some players, like Keylor Navas.

‘We had an extraordinary and unique rapport at Real Madrid and to have coincided here with him has made everything so much easier.

‘Paris has other special and magical things. It is good to change, to value what you’ve experienced and what you know. You get a broader perspective.’

It has been an underwhelming season for PSG despite their league title win. They were 2-0 up on aggregate against Real with just 30 minutes of the tie remaining, but crashed out after Karim Benzema scored a 17-minute hat-trick.

PSG only made the last-16 of the French Cup, too, losing out on penalties to Nice.