The Blades have endured a wretched campaign but some cup tonic for the Premier League’s bottom side continued as they earned a third win from four games in all competitions.

Sharp was the key man at Bramall Lane, providing a fine cross for Chris Basham’s opener (39) before scoring a neat goal early in the second half (47) that proved decisive against the League One side.

Panutche Camara’s goal made it a nervy final 15 minutes, but the Blades, who had controlled the game before then and spurned several other opportunities, held on to set up a home fifth-round tie against Bristol City. 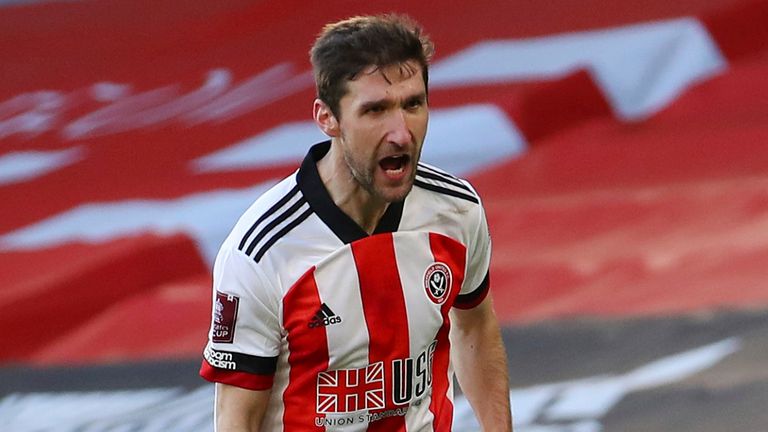 The hosts flew out of the blocks with Rhian Brewster, looking determined to open his account, sending a downward header wide before stinging the palms of ‘keeper Michael Cooper from 20 yards.

The ex-Liverpool striker was unable to make clean contact with a low John Fleck cross as the home side dominated proceedings, only for Plymouth to waste a great chance to score against the run of play.

After patient build-up down the left, Luke Jephcott cut the ball back and Camara blazed over from close range, a huge let-off that jolted the Blades back into life.

Plymouth avoided conceding a spot-kick but their resistance was broken in the 39th minute as Sharp sent a lovely cross for Basham to power home at the far post.

Conor Grant fired into the side-netting as Argyle looked to level before half-time, only for hope of an upset to be dented moments after the restart.

Oliver Norwood’s sent an outstanding pass through to Sharp, who kept his cool under pressure and rounded Cooper before directing into an empty net.

United were in control and Brewster saw a fierce half-volley saved before Sharp struck over after showing good strength and composure.

But Ryan Lowe’s men clawed one back in the 75th minute.

Camara caught Lundstram in possession and burst into the box, where he turned home substitute Byron Moore’s cross to give the visitors hope.

Enda Stevens and Ampadu had efforts to put the tie to bed, with Moore lashing over for Plymouth and United substitute Oliver Burke denied by a superb Cooper save in stoppage time.

The FA Cup schedule has been confirmed, with the final set to take place at Wembley on Saturday May 15.

There will be no replays this season to help ease fixture congestion.

Are you watching, Ole? Lukaku posts photo with Inter team-mates