Is this the WORST debut ever?! Shoya Nakajima is sent off just 20 SECONDS after coming off the bench for Turkish side Antalyaspor… leaving his mother in tears in the crowd

Japanese international Shoya Nakajima had a nightmare debut for Antalyaspor on Saturday as he was shown a red card just 20 seconds after coming off the bench.

Nakajima completed his move from Porto to Antaylaspor earlier this month on a two-year deal. With the Turkish side 1-0 down in their league clash with Adana Demirspor, Nakajima was summoned by his manager and came on in the 59th minute to try to turn the game in his team’s favour.

He was clearly eager to get involved, and without even getting a touch he slid in to try to win the ball back by the touchline. 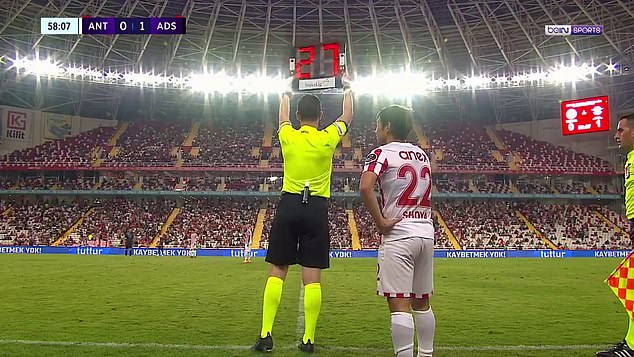 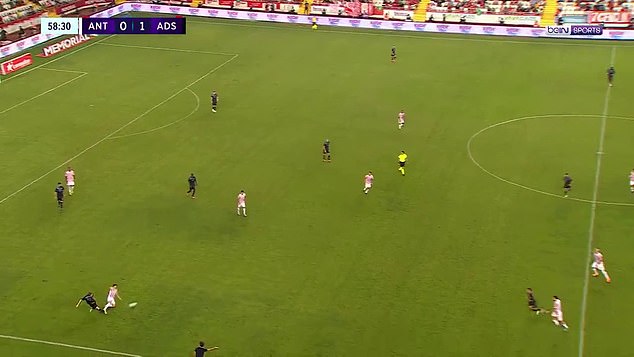 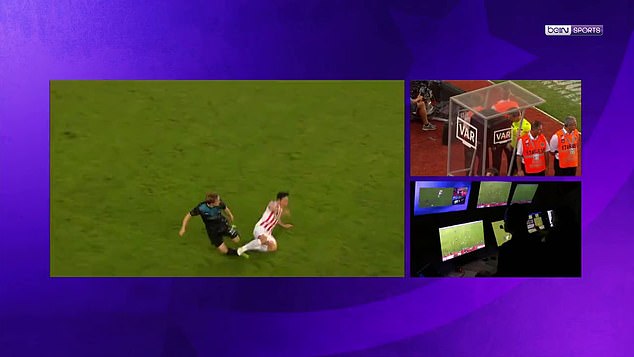 He failed to get the ball and left his opponent in a heap on the floor, with the referee rushing over immediately to show him a yellow card.

It looked like Nakajima got away with his ugly-looking challenge, but the referee was then advised to go and check the pitchside monitor by the VAR official.

Replays showed that Nakajima’s tackle was late and he caught his opponent on the ankle with his studs, which left the referee with very little choice but to change his decision and upgrade to a red card.

Nakajima initially greeted the decision with a smile, but then appeared to be in shock as his debut was brought to an abrupt end.

The 28-year-old’s family were in the crowd to watch him play, and they were stunned that it had all gone wrong in a matter of seconds for the forward. 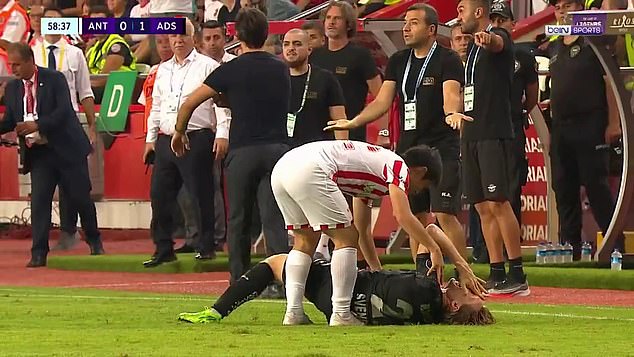 Nakajima went to check on his opponent, but this did not save him from being sent off 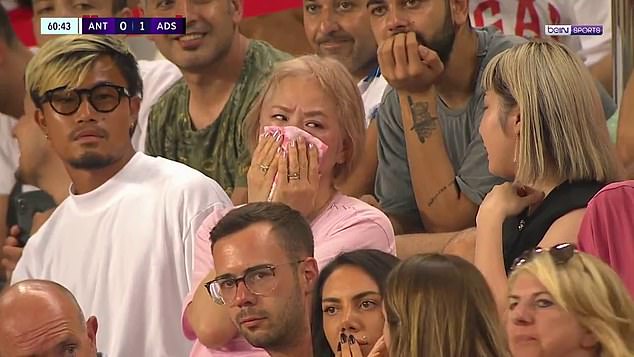 His family were devastated by the decision, with his mother wiping away tears in the crowd

Nakajima’s mother was particularly upset, putting a handkerchief to her face to wipe away tears, while the rest of his family looked on in disbelief.

Nakajima was actually the third player to be sent off on the night. His team-mate Soner Aydogdu was also sent for an early shower after being red carded in the eighth minute, while Adana Demirspor’s Yaroslav Rakitskyi was given his marching orders six minutes before half time.

Following Nakajima’s dismissal, the evening went from bad to worse for Antalyaspor as they conceded twice in the final 15 minutes on their way to a 3-0 defeat.

Adana Demirspor are now top of the table with 16 points after seven matches, whereas Antalyaspor are down in 13th, having lost five of their opening seven games, and they will now have to cope without the suspended Nakajima.

PETE JENSON: Simeone's future is at stake against Manchester United