‘She actually couldn’t believe her eyes and went straight in for the hug!’: Arsenal star Emile Smith Rowe surprises nine-year-old fan Isabelle by dropping in to give her signed shirt after she held up sign for him during Leicester game

Arsenal winger Emile Smith Rowe has paid a visit to a young fan that held up a sign asking for his shirt In Arsenal’s clash with Leicester earlier this month.

Nine-year-old Isabelle Clark took a homemade sign for her ‘favourite player’ that read ‘Smith Rowe is the best number 10 after me! Can I have your shirt please?.’

Having seen the post on social media, The Arsenal star reached out to her mum Kelly Clark and arranged to paid her a visit and give her a signed shirt. 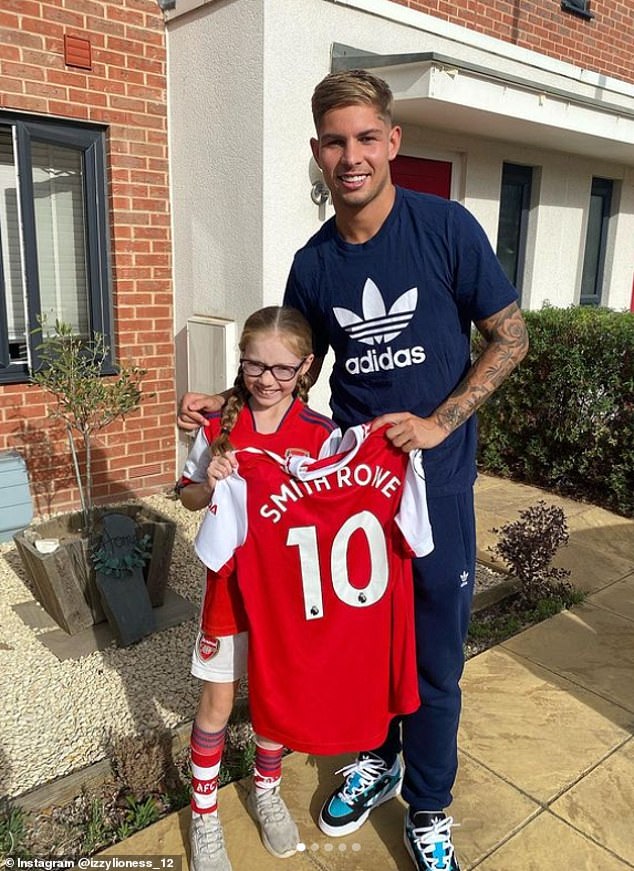 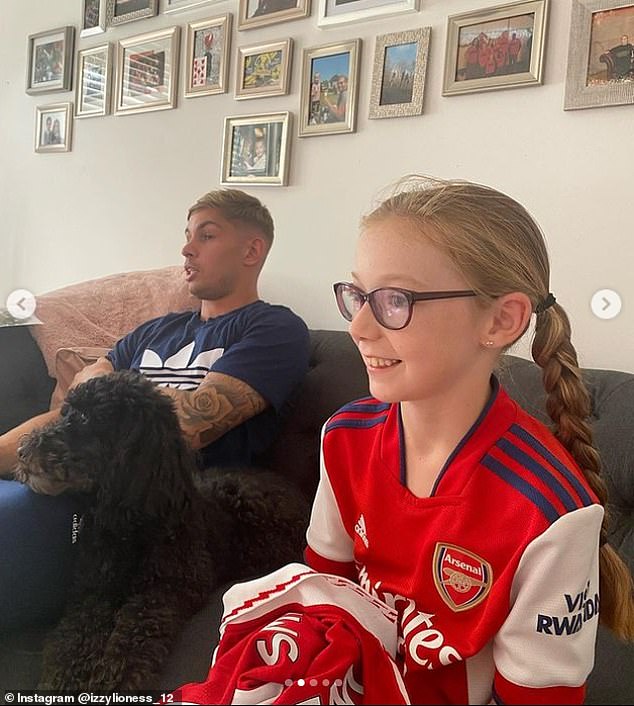 She said:  ‘Originally Isabelle thought the shirt was being sent to her so she had been running to the door every time the post had been. When he arrived I told Isabelle the postman was at the door so she went running!

‘She actually couldn’t believe her eyes, went straight in for the hug and was completely speechless.

‘He’s always been her favourite player and now his given her a day she will never forget.’

‘He was the nicest most genuine man, he came in and asked about Isabelle’s football he signed a few things for her and her brother he stayed for over an hour!’ 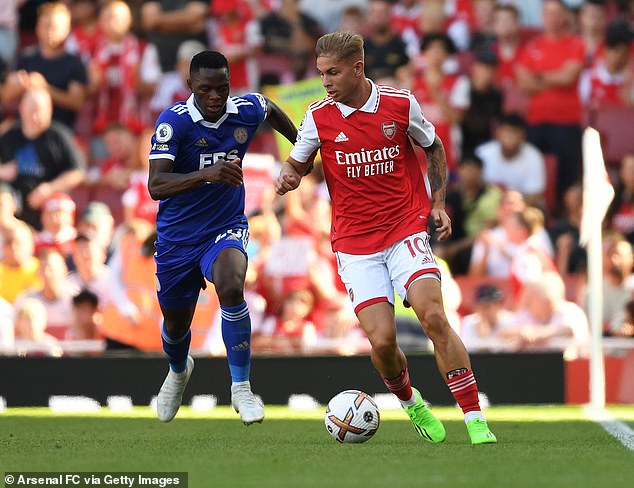 Isabelle added: ‘It was the best day of my life!’

Smith Rowe’s Arsenal have made an excellent start to the Premier League season and are yet to drop a point after three games.

They were always likely to start well with a relatively straightforward run of games, but fans will be happy to see their side avoiding any early slip-ups.

The Gunners are next in action at the Emirates on Saturday against Fulham.

Tottenham defender Serge Aurier back on the radar of AC Milan