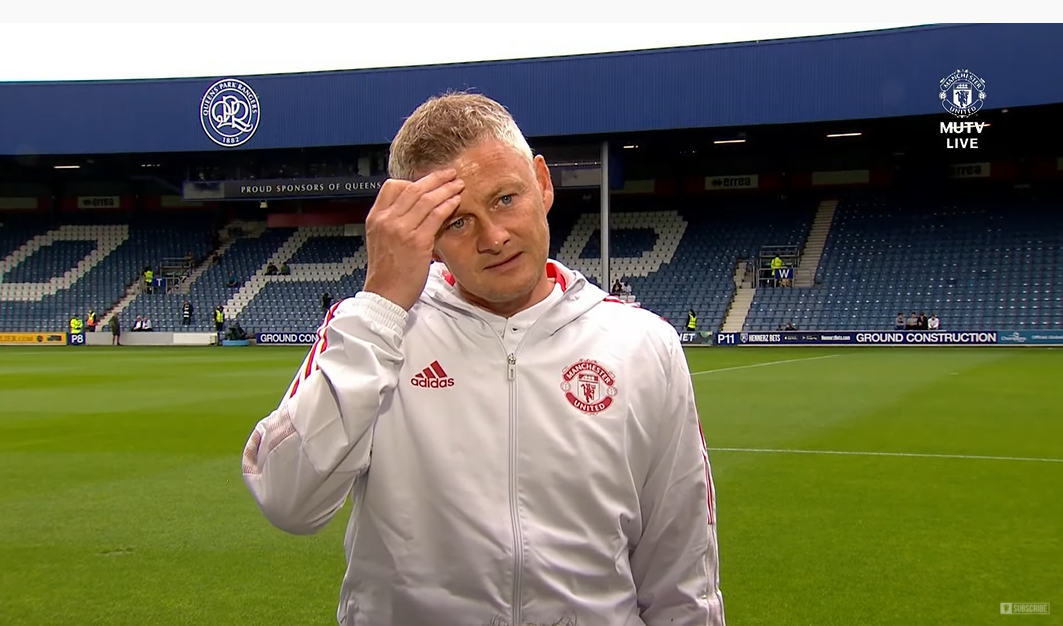 Ole Gunnar Solskjaer has confirmed that Manchester United will be without Alex Telles for several weeks after he twisted his ankle, while he praised the returning Dan James after his Euro 2020 exploits.

The Red Devils take on QPR at Loftus Road on Saturday in their second pre-season friendly of the summer, though they are still very light on senior first-team players as they await the return of their international stars.

Solskjaer’s selection headache was made even worse this week after Telles rolled his ankle and the Brazilian is now a serious doubt to be fit for the start of the new Premier League season.

Asked about Telles’ absence from the team sheet against QPR, Solskjaer explained: ‘Unfortunately Alex slipped and he twisted his ankle, so he will be out for a few weeks.

‘We’re hoping that it’s not going to be too bad but he’ll be out for a little while.’

There was better news with the return of James – who exited the European Championships in the group stages with Wales and returned to training last week – and he will be given a runout against QPR.

‘He’ll get 45 minutes as a start,’ said Solskjaer. ‘He’s looked really bright, so he’s been looking after himself on holiday!’

On the match itself, he continued: ‘We’re a week ahead of where we were at Derby. The weather and the temperature might help as well.

‘But we’ve had a very good week. There’s been some double sessions, some very sharp and intense sessions. We had an easy day yesterday so we should be able to show a little bit of that energy and brightness again.’

Earlier in the day, United announced that Solskjaer had agreed a three-year contract extension and the United boss is delighted to be continuing at Old Trafford, adding: ‘I’m excited, of course.

‘I’m delighted to have been trusted again with leading this team and managing this team. It’s just an honour.

‘The staff and I are a good group together, we work well together, we gel together, we challenge each other. And of course with the players, how they’ve developed the last few years, it’s exciting times.’

Solskjaer hits out at Chelsea's WEBSITE for 'influencing referees'