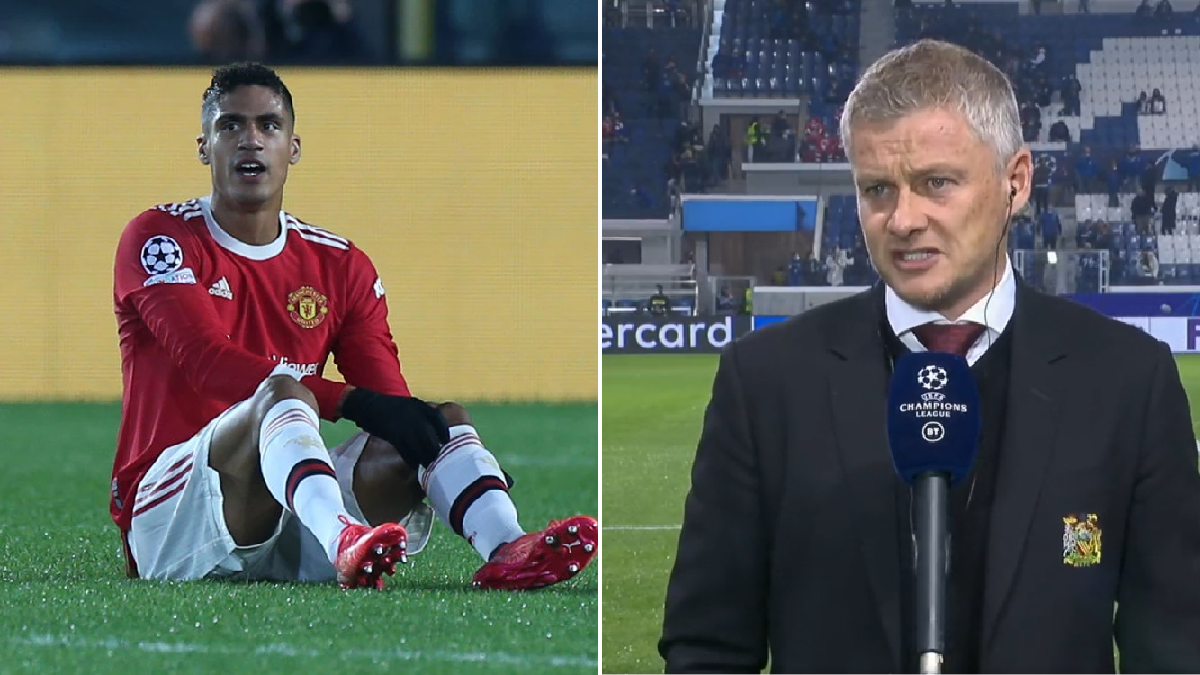 The French defender started in a back-three alongside Harry Maguire and Eric Bailly but hobbled off shortly before half-time.

Varane, who has only just returned from an injury lay-off, headed straight down the tunnel as is not a doubt for Saturday’s Manchester derby at Old Trafford.

Solskjaer said: ‘He felt his hamstring. So of course you can’t take any risks, unfortunately.

‘Rafa has been such a calming influence when he’s on the pitch. We lost him but that’s football.’