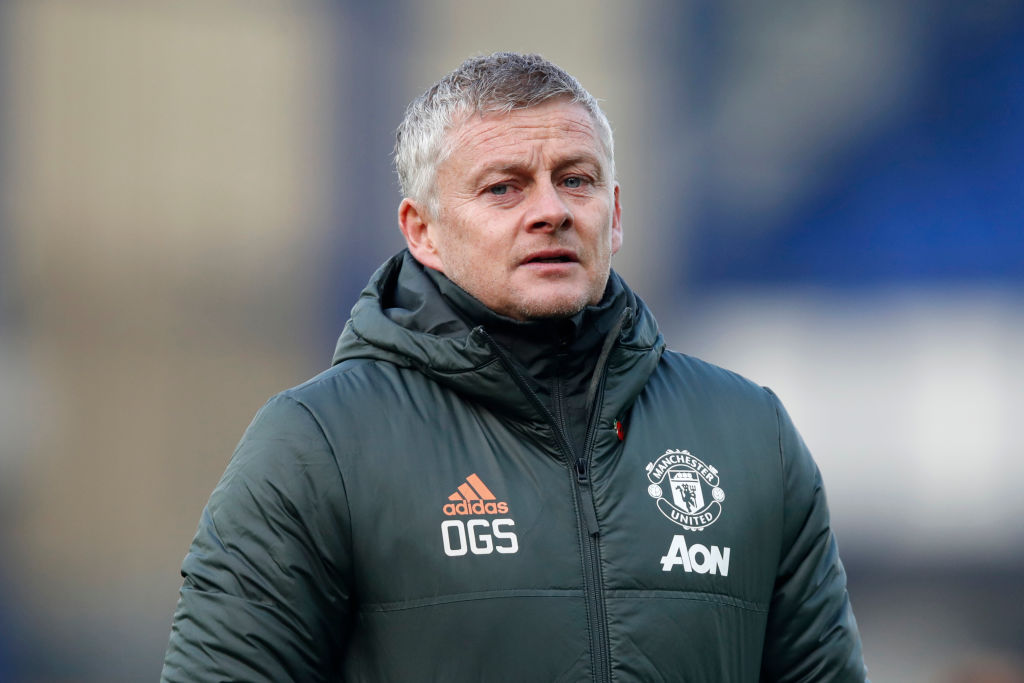 Ole Gunnar Solskjaer’s job has to be on the line given how he’s handled Jadon Sancho and Donny van de Beek this season.

That’s the view of former Arsenal star Paul Merson, who says the only way to get the best out of them is to keep playing them.

United sit fourth in the Premier League table with the arrivals of Raphael Varane and Cristiano Ronaldo playing a key part in their bid to challenge for the title this season.

But the third summer acquisition, Sancho, is yet to hit the ground running since his move from Borussia Dortmund, failing to register a goal or an assist in his nine matches so far.

As for midfielder Van de Beek, he’s started just two games for the Red Devils this season and is becoming frustrated at a lack of playing time – so few minutes even costing him his place in the national side.

And with Solskjaer under pressure to get the best out of the pair, Merson feels he must continue to give them opportunities instead of having them sat on the bench.

‘Time was not so long ago when playing poorly and having two players you forked out £110m for on the bench was a recipe for the bullet,’ Merson told the Daily Star.

‘No one seems to say a dickie bird these days, but that doesn’t mean Ole Gunnar Solskjaer can get away with it much longer.

‘His job has to be on the line especially his inability to get a tune out of Jadon Sancho and Donny van de Beek.

‘They look like their confidence is shot and, for me, the only way to get them up to speed is to keep playing them.

‘When Dennis Bergkamp came to Arsenal he struggled in his first three or four games. But they persevered with him and suddenly he was up and running and on his way to becoming arguably the best foreign import ever.

‘Sancho cost £70m and his ability isn’t in question so stick with him. Right now he reminds me of a golfer who has double-bogeyed the first hole and is chasing things by trying to make a birdie at the second.’

Both players will hope to be in the starting XI after the international break against Leicester on Saturday, October 16.

How every Premier League leader at Christmas has finished the season