Heung-min Son has brought his team to South Korea before, returning to play in the colours of Hamburg and Bayer Leverkusen, but this week he admits has been something else.

‘Incredible,’ marvelled Son. ‘The fans, the love. We are feeling the love. With Spurs, I think it is more special because the fans are more interested in our football and the big players.

‘It’s gone too fast for me because it’s really enjoyable. I’m just grateful that everyone loves us, loves the Spurs and loves the team.’ 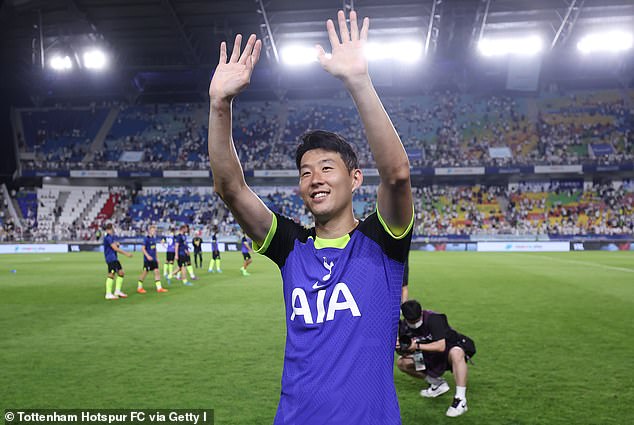 Tottenham are huge in the land of Son, a bone fide global icon and commercial phenomena, acknowledged as one of the finest footballers in the Premier League, a Champions League regular and finalist in 2019, an Asian Games gold medallist and, crucially it seems, now a Golden Boot winner.

‘Asian football fans never imagined a player from Asia could be top-scorer in the Premier League,’ explained Lee Young-pyo, who made almost 100 appearances for Spurs in three years from 2005.

‘He scores 15-18 goals in most years but we never expected he would reach the Premier League top-scorer. He made history and we are very proud of him because they are comparing him to Mo Salah. He improved himself into one of the top players in the world, it’s amazing.’ 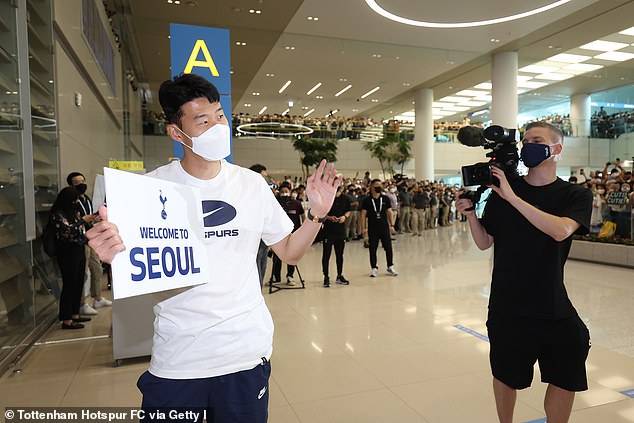 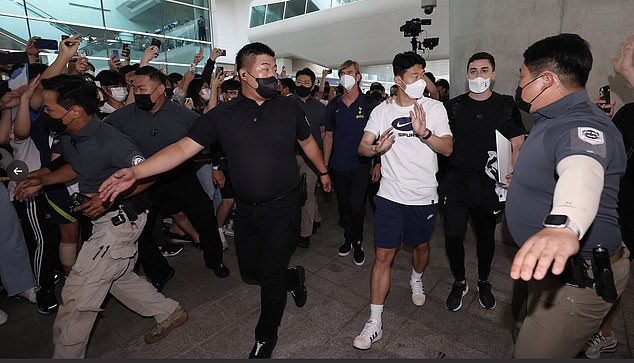 Beyond his achievements on the pitch, Son has also founded and funds the Son Football Academy in his hometown, Chuncheon, about 50 miles north-east of the capital, where his father and brother coach talented youngsters.

The upshot is that Sonnymania is running wild. ‘Son 7’ Spurs shirts are everywhere except in the shops because they sell so fast and South Korea has become the Tottenham’s second biggest e-commerce market, only behind the UK.

They have sold 4,800 home shirts direct to South Korea in the last six weeks alone, helped by a special rate on postage. On a match-day in North London, Spurs sell up to 700 ‘Son 7’ shirts.

Forty four thousand tickets for Saturday’s game in Suwon against Sevilla sold out in 20 minutes. The first game, against Team K League in Seoul, drew a crowd of more than 64,000 and was streamed by two million on the Coupang platform.

This made it the largest streaming audience recorded for a single sporting event in South Korea. 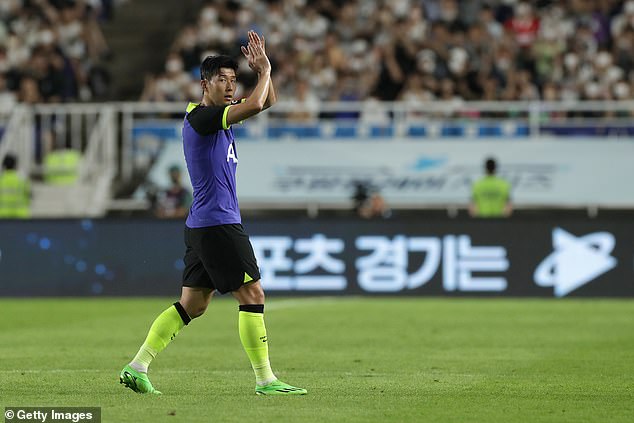 The country has been gripped by Sonnymania – with 4,800 Spurs shirts sold in South Korea in the last six weeks alone

‘I know David Beckham was an icon in English football because I lived there at the time,’ said 45-year-old Lee. ‘Sonny is even more idolised in Korea. All Korean media are talking about Tottenham. Only good things. They are bigger than Manchester United over here.’

Twelve million Koreans cite Tottenham as their favourite team, close to one-in-four in a nation of just under 52 million people.

K-Pop stars have descended upon the team hotel in hope of an audience and a selfie with Son and a crowd has stood vigil outside the lobby entrance all week.

Lucas Moura discovered he is forever in Korean hearts as the creator of Son’s 23rd goal of last season, at Norwich on the final day, the goal to move him level with Salah.

‘I had it in my mind to help him because he deserves only great things in life,’ said Moura. ‘He’s a great human being, a great person and after he’s a great player, one of the best I’ve played with.’ 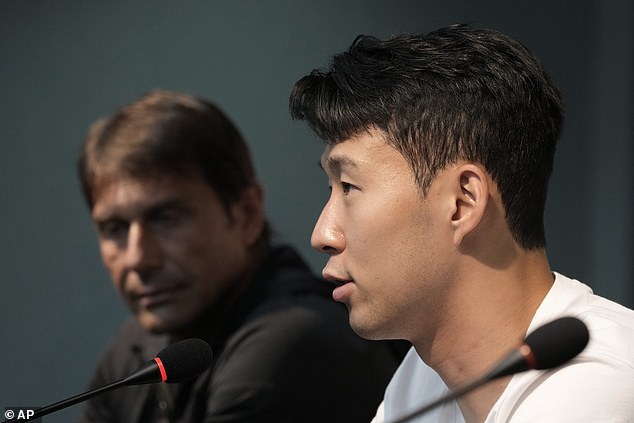 When Antonio Conte started with Son on the bench in the first game, there were questions to answer. ‘The people came see Son,’ Conte was informed. On the back foot, he rambled an explanation about players at different stages in their preseason fitness work.

Son came on to score twice in Seoul. The first was a penalty, which Harry Kane, the usual penalty-taker, insisted he took. ‘I didn’t want to take it to be honest, but Harry is such a nice guy,’ said Son. ‘He knows what it means for me to play in this country. Harry has always been a great, great partner on and off the pitch.’

Kane is also among the goals, and cutting a much happier figure than at this time last year when his focus was on a move away from Tottenham, and his season started poorly.

‘He didn’t score at the start of the season but how many goals did he finish with?’ said Son. The answer is 27 across all competitions, 17 in the Premier League.

‘Goals, with Harry, there’s no doubt. We don’t have to worry about him scoring goals because he is, for me, the best partner, a hard-working, unselfish player and the best striker in the world, still.’

The arrival of Richarlison, in a transfer worth up to a club-record £60million, will bring depth, will add another dimension to Tottenham’s attacking unit. 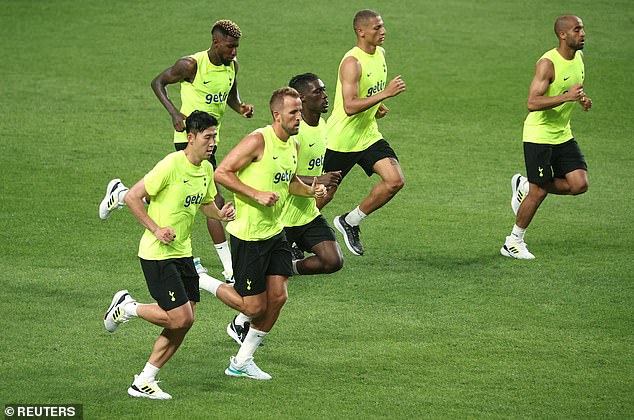 ‘Adding players like Richy is incredible. He’s a quality player so I’m really enjoying that. I’ve been with him only four days but he’s become like a really close friend. It is fantastic to play with him.’

A typical Son assessment of the situation, overflowing with optimism. ‘He’s a bit like me,’ said Moura. ‘He’s happy every day. He’s smiling. We can see he loves the game. He enjoys every training session, every game, he gives his all and I love him because of this. He’s like a Brazilian.’

Son welcomed players and staff to South Korea with personal gifts, including t-shirts. Chairman Daniel Levy has been spotted wearing his around the hotel. Son also paid the bill when he took his teammates out for a night of traditional Korean barbecue.

It is all part of his popular appeal. Little wonder the Son worshippers are out in force.