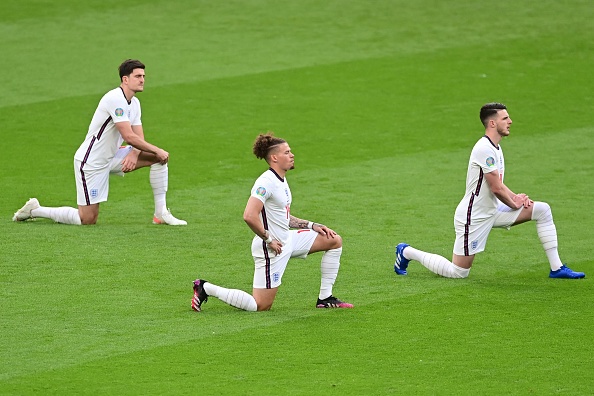 Gareth Southgate has brushed off the clamour to rest England’s players at risk of suspension for a potential Euro 2020 semi-final and says looking beyond Ukraine would be a ‘big error’.

Phil Foden, Declan Rice, Kalvin Phillips and Harry Maguire all have a booking to their name ahead of Saturday night’s highly anticipated quarter-final clash and another yellow card would rule any of the four out of the next round – should England get there.

Roy Keane has encouraged England to opt for a full strength starting XI versus Ukraine and believes resting the quartet would be a ‘dangerous route to go down’ for the Three Lions.

Newly appointed Roma manager Jose Mourinho, meanwhile, has led calls for the likes of Rice and Maguire to be left out at Rome’s Stadio Olimpico given Southgate has plenty of alternative options available within his 26-man squad, from defence right through to attack. 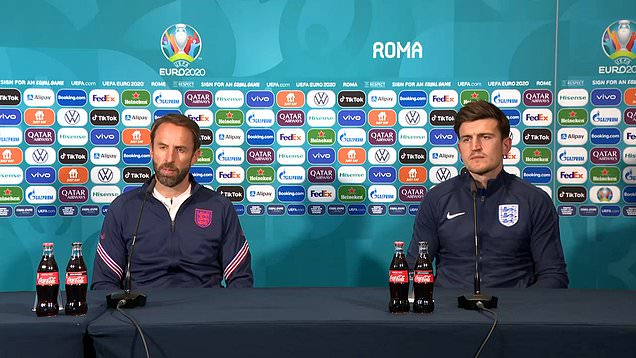 But speaking at his pre-match press conference on Friday evening, the England head coach insisted picking a strong team capable of beating Ukraine was his main ‘focus’.

‘I don’t really understand that rationale,’ Southgate said when asked whether he was tempted to rest those players on a booking.

‘I understand that strategically you might like to do that but I can’t think of a country in the world that would do that for a quarter-final, especially a country that’s only been to three semi-finals in its history.

‘So we won’t make any decisions based on yellow cards. We did in the last group game because we knew we had qualified and we had the opportunity to protect Phil in that game as we weren’t sure what was going to happen further on.

‘But now we play to win and we’ve got to have everybody available.’ 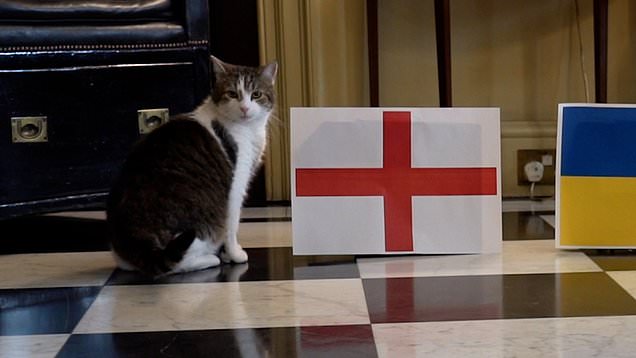 Asked if he was expecting a tough game against Ukraine, Southgate replied: ‘Definitely. We know that Andriy [Shevchenko] has done a fantastic job with the Ukrainian team.

‘We watched them a lot, particularly a year ago.

‘We could see how well they use the ball, they’ve got a threat with their forwards and of course they’ve got tremendous spirit and they showed all of those things against Sweden.

‘I know they were criticised during the group stage but they showed all of their quality against Sweden and we know it’s a game we’ve got to be well prepared for.’

Southgate revealed that Arsenal’s Bukayo Saka had picked up a ‘slight knock’ in Friday’s training session and is therefore a doubt for the quarter-final.

It could see Jadon Sancho make his first start of the tournament after just one substitute appearance thus far.

‘We’ve just got to check on Buyako who had a slight knock today,’ he went on.

‘But other than that everybody is available, yeah.’