Home » Soccer » Spain 4-0 Georgia: Hosts get back on track in World Cup qualifying

Spain 4-0 Georgia: Hosts get back on track in World Cup qualifying with three first-half goals as Luis Enrique’s side banish previous loss to Sweden

Spain got back to winning ways as they thrashed Georgia 4-0 in their Group B World Cup Qualifying meeting on Sunday.

An extremely comfortable evening’s work saw Jose Gaya, Carlos Soler and Ferran Torres put the hosts in control with three first half strikes. Pablo Sarabia added another after the break.

Spain looked in total control and had a whopping 75 per cent possession as they showed no hangover from a first World Cup qualifying defeat in 28 years last time out against Sweden. 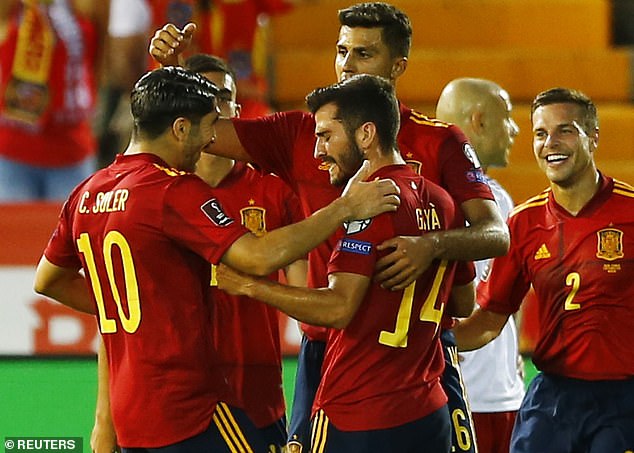 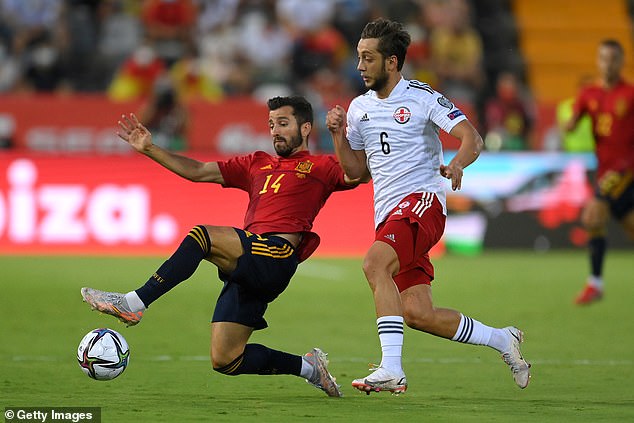 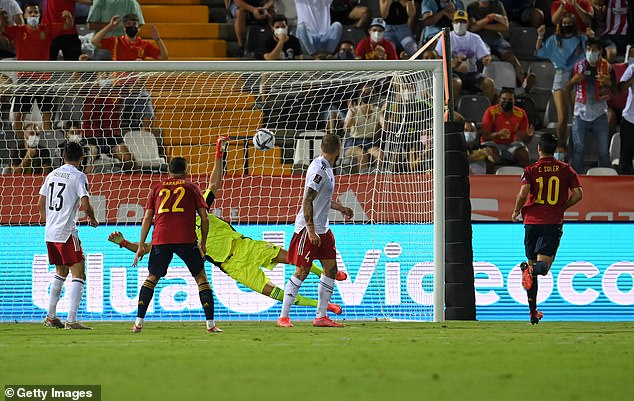 ‘We came into this game following a defeat that hurt us a lot and we managed to bounce back,’ Torres said.

‘A result like this spurs us on and it was important to keep a clean sheet because goal difference could be key at the business end.’

The hosts set out in determined fashion and were ahead after 14 minutes, Gaya latching onto a poor clearance from a corner to put Spain 1-0 ahead.

Soler then slotted home from a Marcos Llorente pull-back 11 minutes later, before Torres added the third before half-time with some more sharp interplay with Llorente before firing into the back of the net. 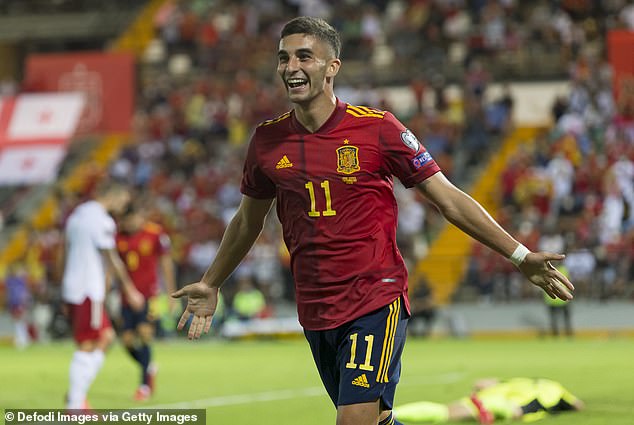 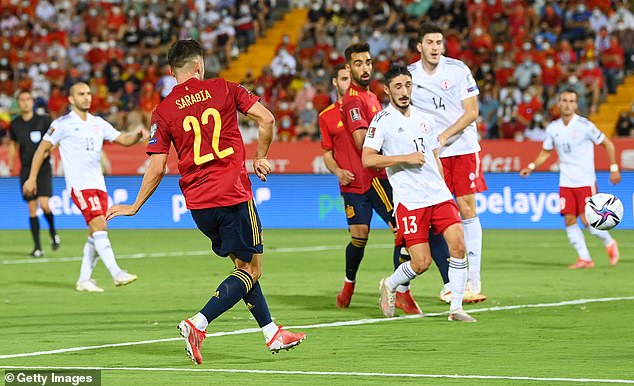 The second half passed in similar fashion, with Sarabia scoring Spain’s fourth just after the hour mark following an exchange of passes with West Ham’s Pablo Fornals.

Spain move back top of the group with 10 points from five games, one ahead of Sweden who have two games in hand.

The margin of victory also ensured they currently have a better goal difference than their group rivals.

Kosovo, who on Sunday drew 1-1 with Greece, host Spain on Wednesday, while Sweden travel to Greece.

Roberto Martinez 'is open to Premier League return after the Euros'