Cristiano Ronaldo celebrated his 1,000th professional match by scoring for a record-equalling eleventh consecutive Serie A appearance to set leaders Juventus on the way to a 2-1 win at SPAL in a top-versus-bottom match on Saturday.

After being rested against Brescia last week, the 35-year-old celebrated his return by scoring from Juan Cuadrado’s cross in the 39th minute before Aaron Ramsey added a second on the hour.

Andrea Petagna pulled one back from a penalty in the 69th minute amid problems with the VAR system. Neither the referee’s ear piece nor the pitchside monitor appeared to be working, forcing him to use a walkie-talkie to talk to the video officials. 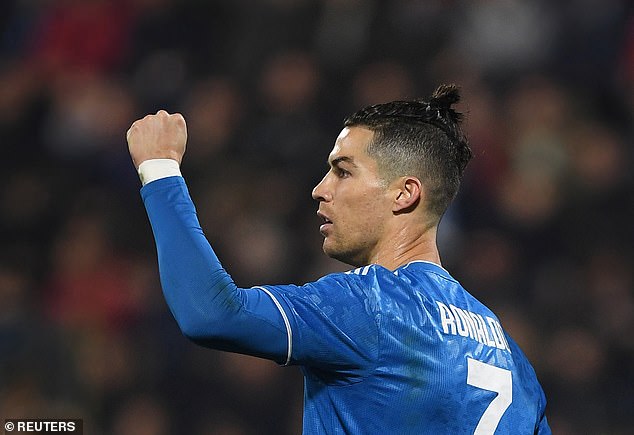 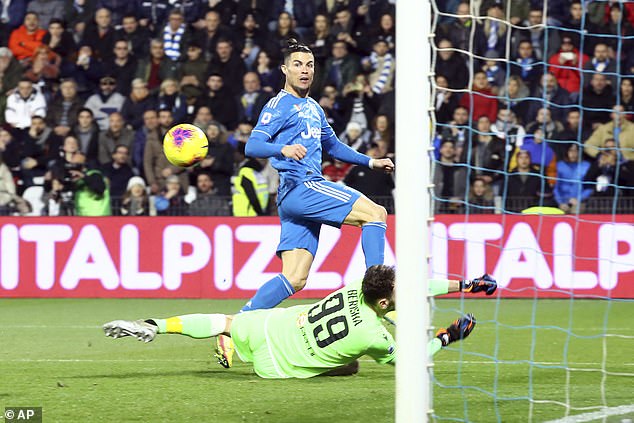 The win ensured that Juventus, chasing a ninth successive title, stayed top for another week as they went four points clear of Lazio who visit Genoa on Sunday. SPAL’s fifth consecutive defeat left them bottom with 15 points.

Ronaldo’s goal, which took his league tally for the season to 21, meant that he joined Fabio Quagliarella and Gabriel Batistuta as the only players to have scored in 11 consecutive league appearances. Quagliarella did so for Sampdoria last season and Batistuta for Fiorentina in 94-95.

He also reached yet another milestone with his 1,000th match for club and country in a remarkable career which has seen him play for Sporting, Manchester United, Real Madrid and Portugal. 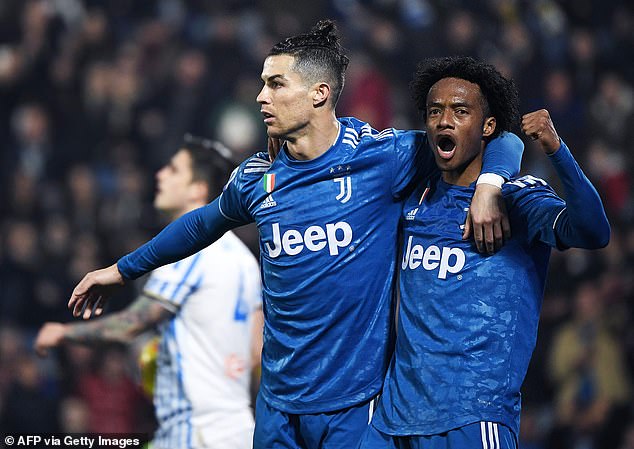 The forward’s goal took his tally for the season to 21, five behind Serie A top scorer Immobile 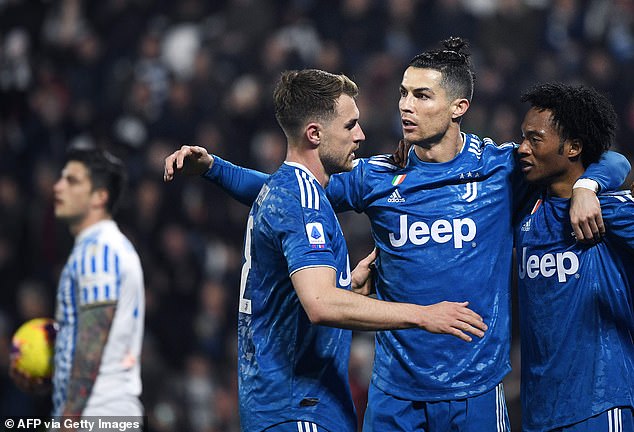 However, his unhappy record of never having scored from a free kick for Juventus remained after he saw a late effort bounce off the crossbar.

Juventus defender Giorgio Chiellini made his first start since August following a knee injury although Miralem Pjanic was among several players missing.

Ronaldo had an early goal disallowed for offside and Dybala struck the inside of the post before Juventus went ahead. Ramsey sent Cuadrado down the right, he fired over a low cross which was swept in by Ronaldo. 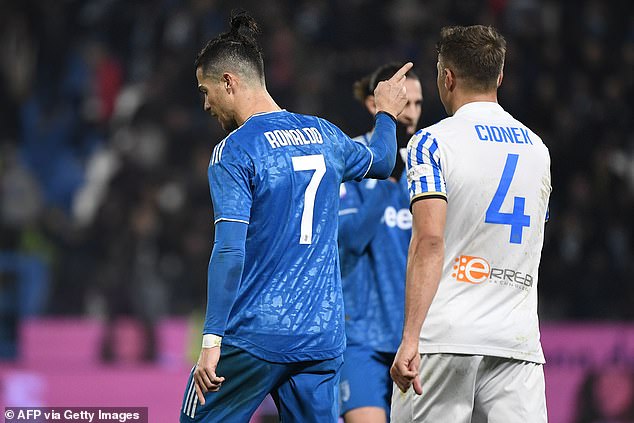 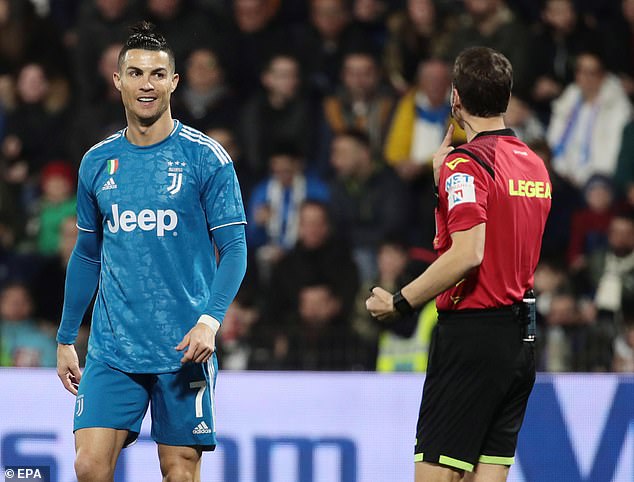 Ramsey dinked the ball over goalkeeper Etrit Berisha for the second after he was released by a typical piece of Dybala skill.

There was confusion in the 69th minute as Simone Missiroli went down under a challenge from Daniele Rugani.

The referee, who initially waved played on, eventually changed his mind but the communication problems meant it took nearly four minutes to reach the verdict. 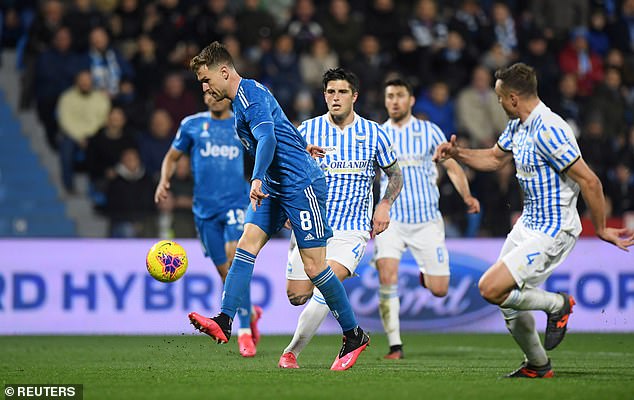 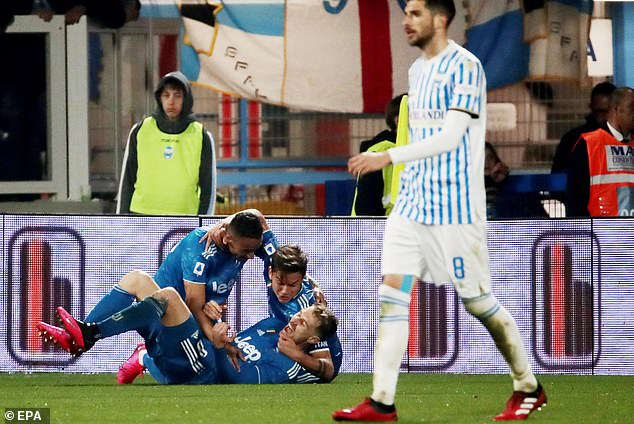 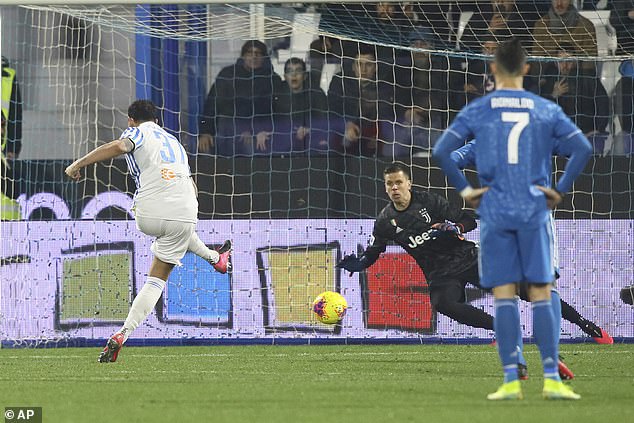 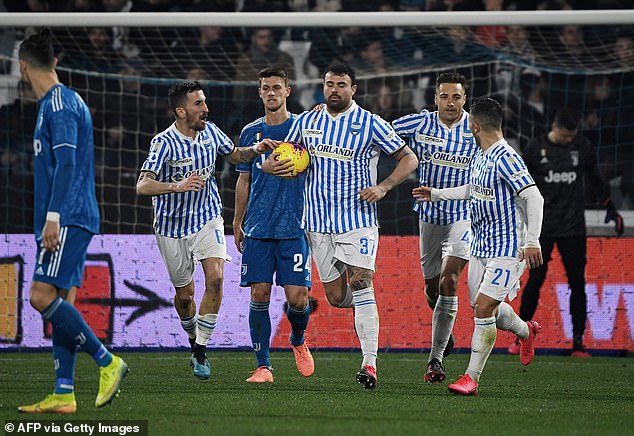 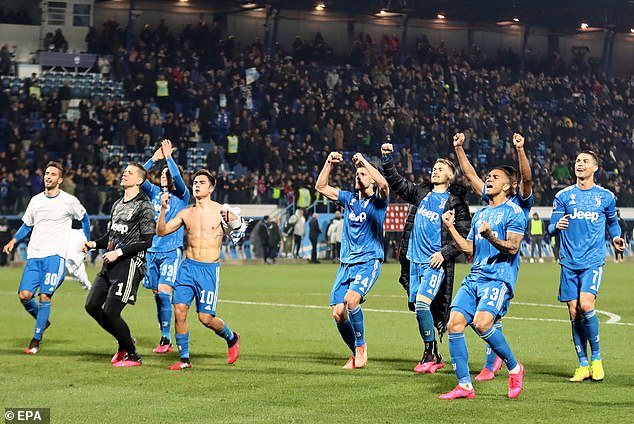