Djed Spence is already on the backfoot at Tottenham after Antonio Conte admitted it WASN’T his signing… so after being released by Fulham, discarded by Neil Warnock and a key part in Nottingham Forest’s promotion, he will be keen to win over the Italian

‘Spence is an investment of the club,’ said the Italian. ‘The club wanted to do it. I said, ‘OK, this player is young but he showed he can become a good, important player for us’. The club decided to buy him.’

The 21-year-old has long been a target for Spurs but Conte was very keen to get over the point that it wasn’t his signing – already putting Spence on the backfoot upon his arrival at the Premier League club. 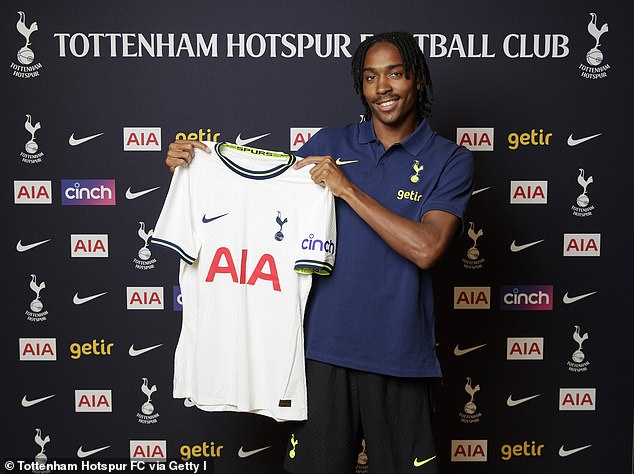 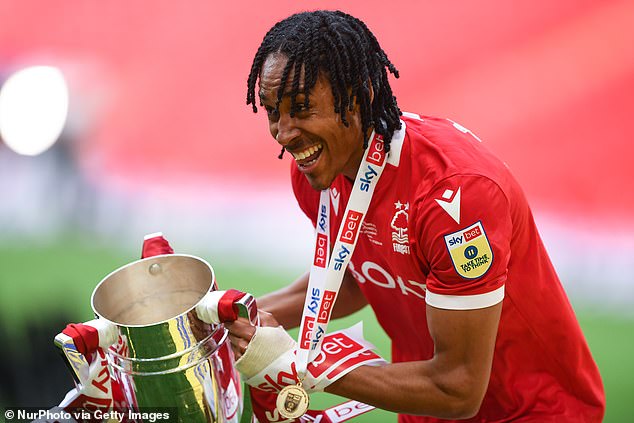 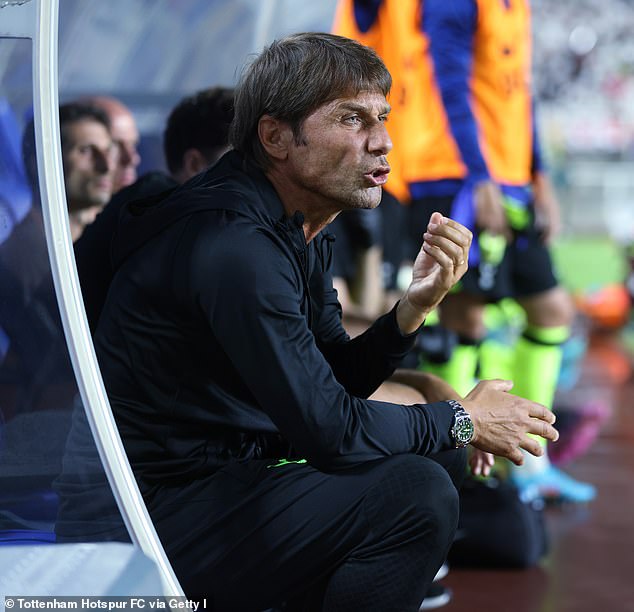 It suggests Spence will have some work to do to convince Conte why the club were right to push so hard for him, as he faces a battle with Matt Doherty and Emerson Royal to earn a regular starting spot at the right wing-back position.

Released by Fulham’s academy and later allowed to leave Middlesbrough on loan after a falling out with manager Neil Warnock, it’s not the first time that Spence has had something to prove.

After a brilliant season at Nottingham Forest where he played a key part in Steve Cooper’s side reaching the Premier League for the first time since 1999, there is optimism though that Conte can take Spence’s game to the next level.

Spence will be greeted at Hotspur Way by an old face; Ryan Sessegnon, who he played alongside during his youth team days at Fulham.

Their diverging paths to the top provides evidence in how footballers mature and develop at different speeds and how far Spence has come since 2018.

Four years ago, Sessegnon was the Championship Player of the Season with the world at his feet after helping Fulham’s promotion-winning campaign. 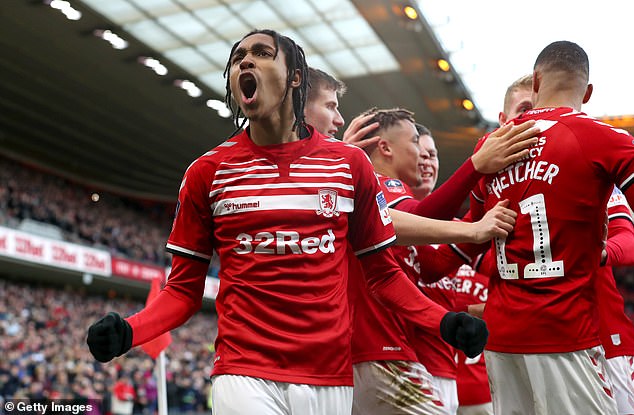 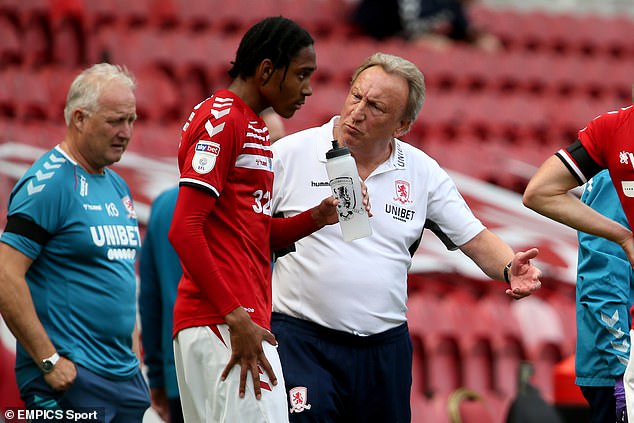 Spence, who is 83 days his junior, was released by the Cottagers and joined Middlesbrough, while two other right-backs were kept on.

At Teeside, Spence didn’t break into the first-team until the 2019-20 season, making his league debut in a 1-0 win over Charlton in December.

Just one month later he won the EFL Young Player of the Month after also scoring his first goal and helping Middlesbrough keep three clean sheets.

Jonathan Woodgate’s downfall as manager shortly after Project Restart proved to be the beginning of the end. Although Spence played 38 times under Warnock the following season, his attacking instincts hit a roadblock with his manager’s conservatism.

Warnock, who retired from management this year after 41 years in the dugout, couldn’t work out whether Spence would play in the top-flight or the non-league.

Explaining why Spence was sent out on loan to Nottingham Forest, Warnock told talkSport: ‘I let him go, he needed to sort himself out really.

‘I basically said to him that you can go to the top or you can go non-league. I think Steve Cooper is the manager for him to be honest. He’s let him go forward more often which suits his game.

‘There are not many players where you can say it’s all up to them personally how far they go – it’s what’s between the ears.

‘He could be playing at a top club in England or in non-league in five years, I don’t know.’

In a separate interview, Warnock told the Northern Echo: ‘Me and Djed had had a few run-ins, and we weren’t really seeing eye to eye.

‘There were a few things that had been going on in the background, and then suddenly you had Isaiah bursting onto the scene.’ 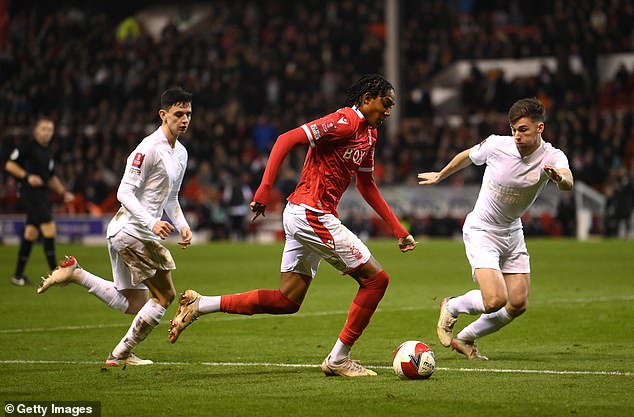 Part of the reason of their falling out came from Warnock wanting to give Isaiah Jones a run in the team at the right wing-back position.

He said: ‘The question then was what was best for Djed? Was it best to leave him sulking on the bench because I wanted to give Isaiah a proper go? Or was it best to send him somewhere where he could play and enjoy himself a bit more?’

After Spence won promotion with Forest, the defender clearly had not forgotten about his former manager, hitting out at Warnock in a Twitter post.

‘Oh, Where’s my Manners! Welcome to Twitter @warnockofficial,’ he said, posing with a cigar in his mouth inside a Wembley Stadium dressing room following the play-off final.

Warnock replied in a tweet, saying: ‘Well done Djed , I did say you were premier league or non league, glad you listened and took my advice on board now go and enjoy your success.’

Spence proved Middlesbrough wrong for allowing him to leave on loan, but it was an inspired choice by the player and Nottingham Forest, as the youngster flourished under Steve Cooper. 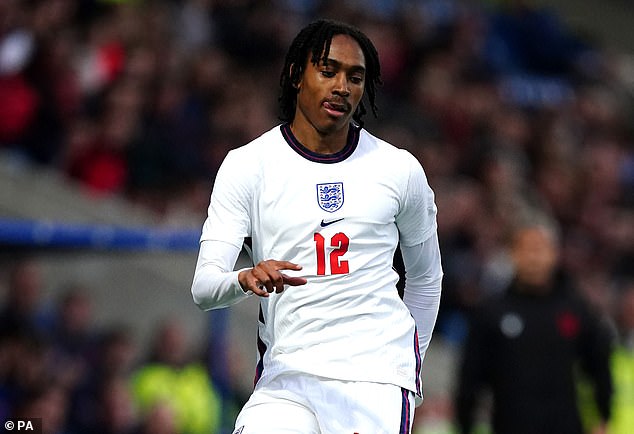 He made 50 appearances in all competitions last season, particularly catching the eye in the FA Cup, where he ran Arsenal ragged in a 1-0 victory in the third round, before then scoring against Leicester to dump the Foxes out in a 4-1 thrashing.

Spence registered three goals and five assists,  while he also made his England Under 21 debut in March in a 3-0 win against Albania.

However, there are lessons to learn from his time at Middlesbrough, going into his time working under new manager Conte.

Rightly or wrongly, Warnock – a respected veteran of the game, decided that Middlesbrough were better without Spence. Conte too is a temperamental manager and will have no time for ‘sulking’ if Warnock’s description of Spence is accurate.

The Italian is a far less forgiving figure and has fallen out with players who don’t act the way he wants them to behind the scenes, with Diego Costa at Chelsea an obvious example.

For Spence, it’s a golden opportunity to learn from one of the best coaches in the world, who until Tottenham, has won trophies at every major club he’s managed.

Conte’s 3-4-3 system will suit Spence’s attacking style of play. His ability to progress with the ball and beat players one-on-one is something that Tottenham’s other right wing-backs in Royal and Doherty can’t offer.

While he is known more for his attacking prowess, he is solid defensively too. Spence is strong and decent in individual duels – not allowing attacking players to get past him too often. 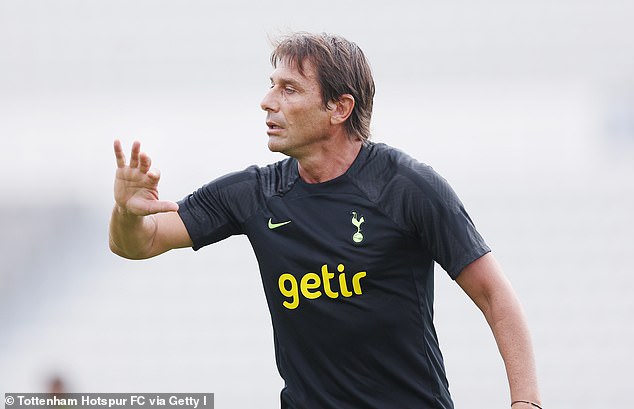 However, there will be a step to make in the Premier League and Champions League and Conte will be keen to improve his decision-making going back, his positioning and his execution going forward.

In Forest’s FA Cup exit to Liverpool, it was down his side where Kostas Tsimikas took Spence out of the game with a bluffed cross, before finding Diogo Jota to score the winner.

It shows the step Spence will need to make defensively now he’s playing for a top team with eyes on the biggest prizes in the game.

At right wing-back for Forest, his delivery into the box was not spectacular despite his ability to get into attacking positions with ease. Something Conte will want more from his player, when comparing his crossing ability to the best full-backs in the league.

The upcoming season offers a lot of hope for Spurs after their improvements last season, as well as by bringing in other new signings such as Richarlison, Yves Bissouma, Ivan Perisic and Clement Lenglet.

Spence might have some work to do to earn his place going off Conte’s comments, but the English youngster ticks a lot of boxes for Spurs. The potential is clearly there for his game to grow under Conte and it will be no surprise if he is playing ahead of Doherty and Royal quickly at the Tottenham Hotspur Stadium.