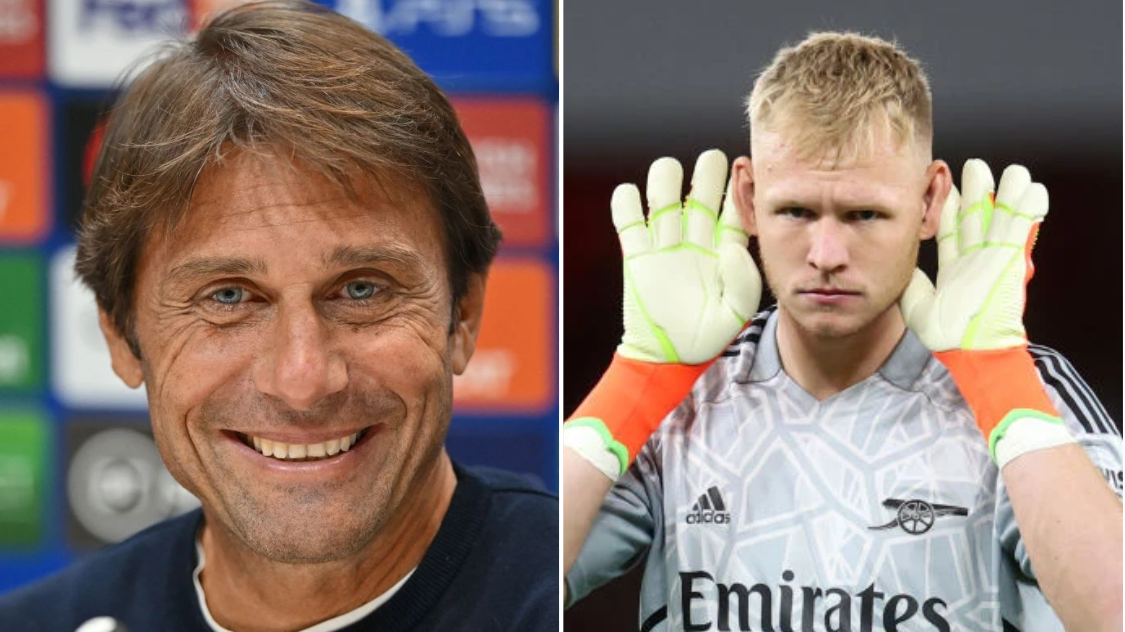 Spurs take on Marseille in Europe’s premier club competition having pipped the Gunners to fourth spot in dramatic fashion last season, with Mikel Arteta’s side instead playing in the Europa League.

Ahead of their match, Tottenham tweeted three seemingly innocuous words alongside a picture of the Champions League logo: ‘We’re back baby.’

But it quickly became apparent that there was more to Spurs’ not-so-innocent Tweet than first met the eye, with the comment delighting Tottenham fans and winding up Arsenal supporters in equal measure.

A day earlier, an ad for BT Sport’s Europa League coverage had gone viral among Spurs fans who relentlessly mocked Aaron Ramsdale for saying – you guessed it – ‘We’re back baby’.

Arsenal spent last season without European competition and will be taking on the likes of FC Zurich, Bodo/Glimt and PSV on Thursday nights in the group stages of this year’s tournament.

Tottenham’s gloating clearly extends to the club’s social media team, who mimicked Ramsdale’s words just hours before kick-off against Marseille to delight their fans and once again remind Arsenal of their end-of-season collapse.

‘One day more, one day less can change totally your life as you can drop points and I think this is not good for team like Tottenham. When you want to start to think as a winner you have to take care of the details. The schedule details is very important for every club, especially for club who want to fight for something important. I think we can do much better for the future.’