Twelve months and 15 matches into his reign, the 49-year-old has seen his side draw a blank on nine occasions. That nearly became 10 on Saturday, until Shane Duffy’s late intervention salvaged a point at the Aviva Stadium against Azerbaijan.

Drawing at home against a team ranked 112th in the world gives the impression that this is a side going backwards, despite Kenny’s attempts to deliver a more forward-thinking style. 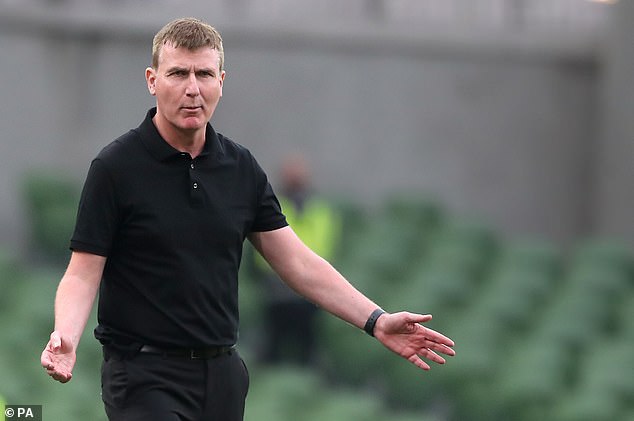 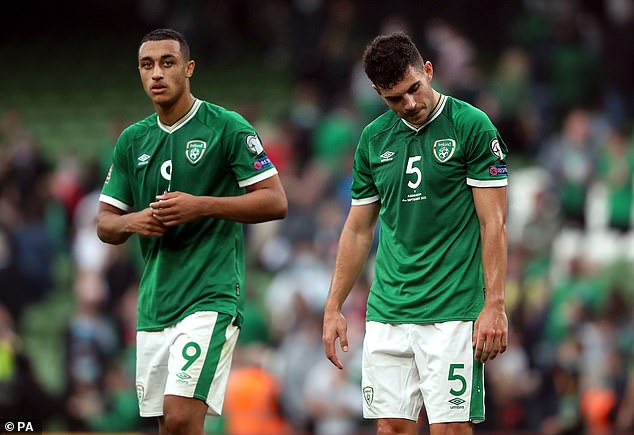 Ireland had 21 efforts on goal, but just five on target.

‘We dominated the second half but it’s frustrating not to be able to get the two goals that would have got us the three points,’ said midfielder Josh Cullen. ‘If we have a little more fortune in front of goal, then we’re probably not saying it’s a bad performance. But there are definitely things we need to improve on.’

It could have looked worse had Duffy not met Cullen’s cross with three minutes to go. The Anderlecht midfielder held his hands up for affording Emin Mahmudov the time and space to fire Azerbaijan in front on the stroke of half-time.

The point still gives Ireland a shot at a top-two finish, though defeat by Serbia at home and any sort of result for Portugal in Azerbaijan will see Kenny’s side out of the running with three matches remaining. 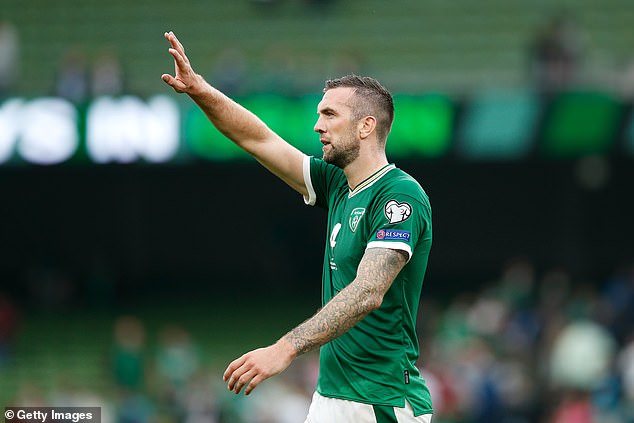