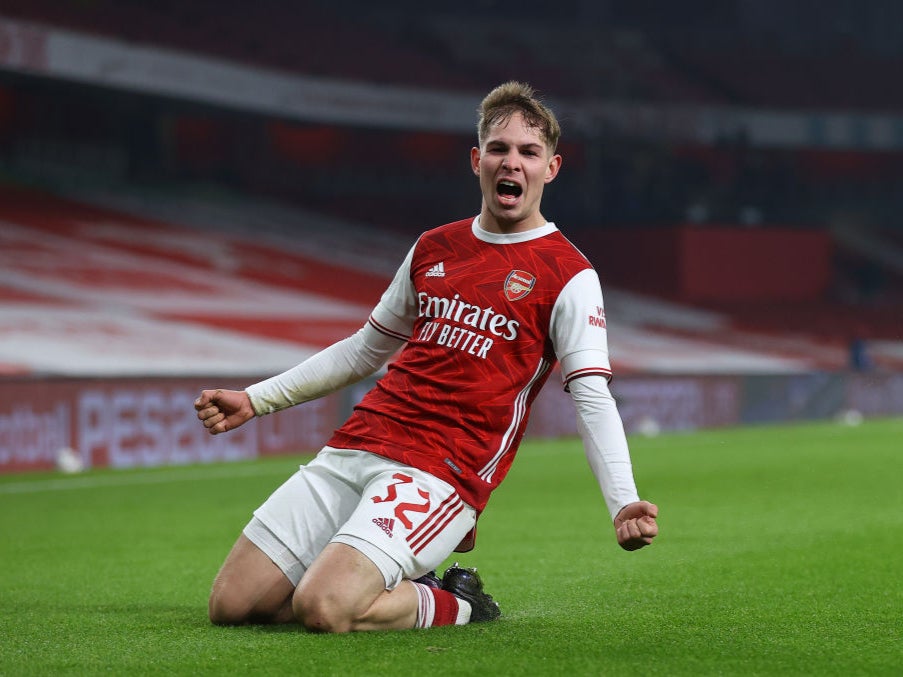 The 1-1 draw with Tottenham Hotspur in September was earned via a VAR-assisted late penalty. Holding Liverpool to a 0-0 draw at the end of 2020 was achieved primarily through Karl Darlow, who put on one of the club’s best individual displays of the season. There was also a valiant effort while going down 2-0 against Manchester City on Boxing Day. And their second-half performance at the Emirates contained more energy and drive than the first, and that late surge will have Newcastle players and fans considering themselves unfortunate not to triumph against a side who have now won four on the bounce.

But effort can only nourish you for so long, and certainly cannot offset the need for wins and points. And it certainly does not give fans any greater comfort amid a winless seven-game run that has Newcastle out of two cup competitions and dropping three places in the table. Even if Bruce, as ever, sees a sunnier side.

When asked of the upsides, Bruce elaborated on what he saw as a desire to set-up further up the pitch. A move he says will lead to similar chances that were spurned on Sunday.

“Yes we haven’t took the wins, but the reaction from the players and the shift — trying to get us higher up the pitch – I think they are getting used to it and we are making progress. 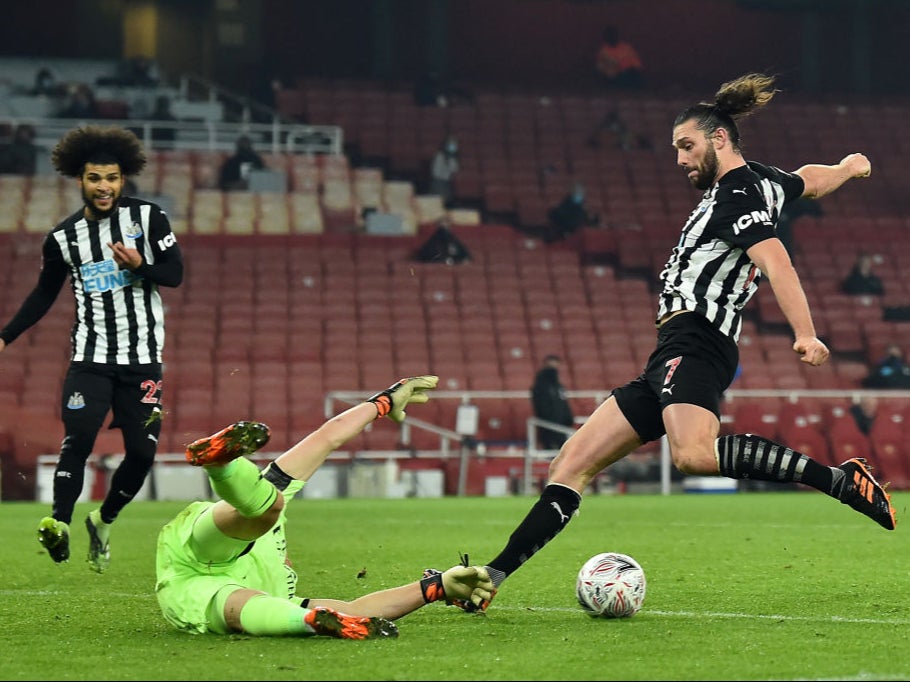 Andy Carroll almost snatched victory for Newcastle at the Emirates

“Rather than sitting deep and playing off a low block, if you like. It’s to try and get us higher up the pitch. Of course, that’s always a difficult part and to win a game you’ve got to score a couple. That’s the positive for me – we’re trying something different and it nearly played dividends.” Newcastle did sit higher up the pitch, though that was clearest when Pierre Emerick Aubameyang was let loose with balls over the top from deep.

Nevertheless, it was a noticeable shift and one, if it really is to be adopted, should become more defined in the coming weeks.

If Bruce’s assertion of a new way is to be taken at face value, Tuesday’s trip to Bramall Lane presents the perfect opportunity to make good on it. Sheffield United, without a win in 17 Premier League games, narrowly made it past League One Bristol Rovers for their first win of 2020/21. Here is the perfect chance to showcase this tactical ambition.

Maintaining a higher line comes with a need to see more of the ball than your opponents, making better use of it in the final third and exploiting that dominance in front of goal. Looking at the numbers, such an approach needs a complete flip of Newcastle’s behaviours so far and a steadfast embrace more coherent strategy than cross your fingers and hope Callum Wilson scores.

No one this season has had less of the ball, averaging just 38 per cent possession per match. Their passing accuracy in the attacking half (66.53 per cent) is in the bottom three having attempted the least of all 20 sides. They are 19th when it comes to total touches in the opposition box so far.

As such, talk of a change in approach comes with a fistful of salt. Newcastle under Bruce have dulled their attacking tendencies as priority is given to the pursuit of laborious defence. A tweak of this magnitude requires progressive football from top to bottom, something which has been nonexistent over the last 18 months. You can understand why fans are sceptical of this latest soundbite at face value. Can this team and, more importantly, this manager really change their stripes?

Of some comfort is that Bruce is preaching solutions rather than excuses. How long that lasts remains to be seen. They return to Arsenal next weekend, followed by matches at home to Leeds United and away to Everton. It is a run of games where the temptation to drop back to the tried and tested basics will be great.

Whatever bravery necessary for this new direction needs to be dictated by actions from above. Any intent from the players matched tenfold by intent from Bruce. Otherwise, these are just more empty words to throw on the pyre at St James’ Park.