Newcastle drew to Leeds 1-1 on Friday night which leaves them without a win in six attempts in all competitions so far this season and have only two points on the board, a return which sees them sit in 18th place.

It was a game Steve Bruce simply couldn’t afford to lose as fans want him gone and a significant number of his squad have also grown frustrated with his management.

The head coach watched on as St James’ Park echoes with boos and chants calling for his sacking. But the Newcastle manager’s tenure hasn’t finished just yet thanks to Leeds’s inability to finish. 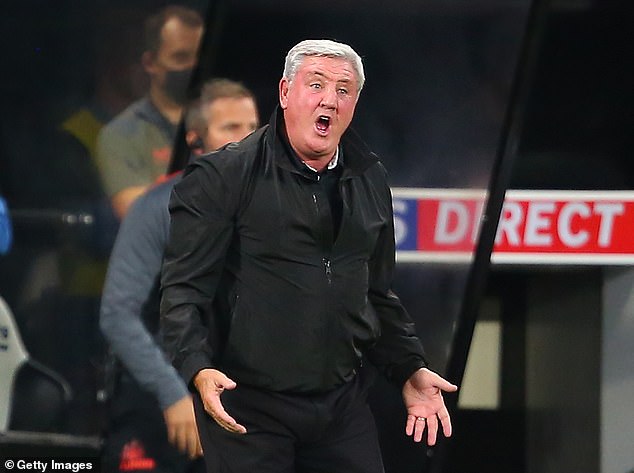 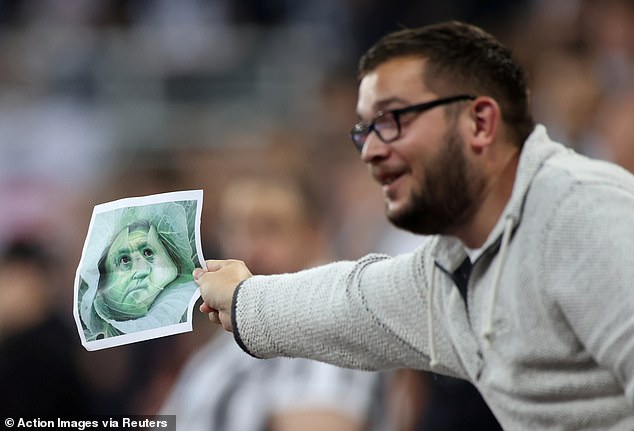 The visitors took the lead through Raphinha’s early goal but Newcastle salvaged another point thanks to the genius of Allan Saint-Maximin.

Following the game, Bruce said: ‘I can’t sit here and say it’s not difficult. I understand their frustration, I really, really do. For me, it’s all about the team and the way they were as a crowd towards the team and the atmosphere they generated.

‘What can I say about the chants? Look, I’ll say it again: I’m never one to walk away or quit when there’s a fight on our hands. 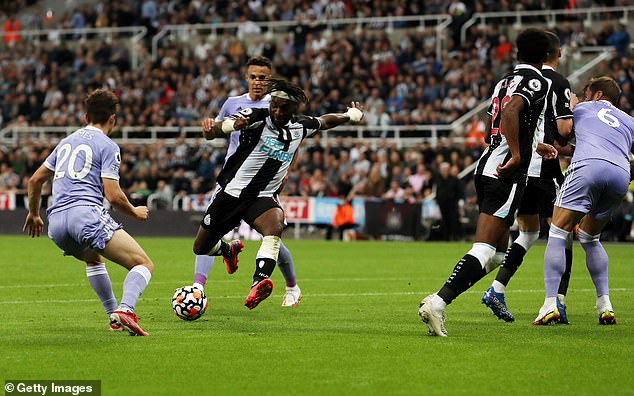 ‘I’ll continue to try to do the best I can in this situation and hope I can draw on the experience I’ve had over the last 20-odd years to stand me in good stead and try to keep out the noise.

‘The atmosphere they created makes the spectacle. They are unique and the way they got behind the team was the most important thing and I’m very pleased about that.

‘That’s the big thing about the Premier League whether you’re at the top or the bottom. You have to accept when you don’t win a game you come under pressure. 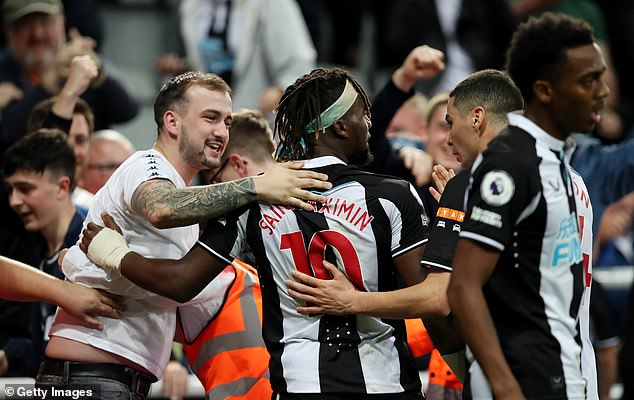 ‘How you handle it, keep your dignity, do what you think is best and stick with it. The way they have gone about their work today, it could have gone either way but it was a great football match.’

The Magpies have suffered a dreadful start to the season, earning just two games so far and the pressure to deliver a win is mounting for the boss.

‘We need a win. I’ve said it many times: in the Premier League whether you’re at the top or you’re at the bottom, you’re judged on results and at the end of the day now, we’ve drawn two. We need to get a couple of wins if we can.’