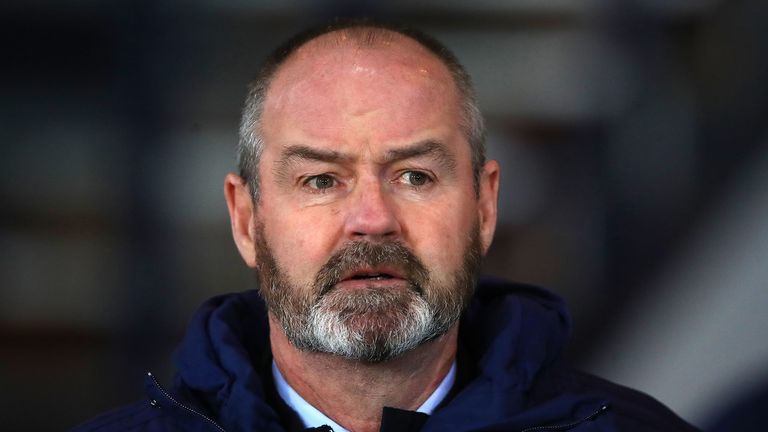 Scotland manager Steve Clarke has delivered an uplifting message to the country’s football supporters and urged them to follow government advice, stay indoors, and save lives.

Clarke’s open letter, published on Thursday on the same day Scotland were due to face Israel in their Euro 2020 play-off tie, also paid tribute to Scotland fans’ unwavering commitment.

The match was due to be a Hampden Park sell-out but the Scotland boss reiterated that football must remain secondary for now, heaping praise on the work of the NHS’ frontline staff in fighting coronavirus.

Clarke said: “Thursday, March 26th had been circled in my wall planner from the moment I had the honour of becoming Scotland Head Coach.

“All those qualifying games seem far less important now, insignificant even, but this is the reality of the situation we find ourselves in. “The world has changed in recent weeks and months and football, rightly, has had to take a step back as our government and our wonderful, brave and selfless NHS staff step-up their efforts to tackle a far greater opponent.

“This is a difficult letter to write because, as a father and grandfather there are far greater considerations in life right now and far greater responsibilities on all of us but, at the same time, I feel it important to recognise and show appreciation for the effort you all had gone to in ensuring our match against Israel would have been a sell-out.”

With the European Championships now postponed until 2021, Scotland’s play-off against Israel will now be rearranged for a future date.

And while Clarke acknowledged his own personal disappointment at not walking out to a full house at Hampden, he was quick to acknowledge how Scotland has coped as a society and without football.

His message is clear: to continue to adhere to the advice of health professionals and the authorities and remain upbeat. He added: “That sense of togetherness, loyalty and commitment is needed in our lives now, more than ever before.

“The First Minister and the Chief Medical Officer have been clear in outlining exactly what the nation must do to combat the virus that has become a global pandemic.

“I urge all of you to heed that advice: stay indoors, protect your family, and protect others. Stay home, save lives. Simple.

“Football is our national sport and its absence has had the same effect on me that it has had for every lover of the game in this country.