Steven Gerrard revealed he has informed the Ibrox board of the requirement to sign more quality players for Rangers to achieve their ambitions this season.

His team made it four wins from four pre-season outings with a comfortable 2-0 victory over Coventry City at Ibrox on Saturday.

Filip Helander made his first appearance since December, returning from a foot injury the day after Leon Balogun signed from Wigan in a boost to Gerrard’s central-defensive provision. 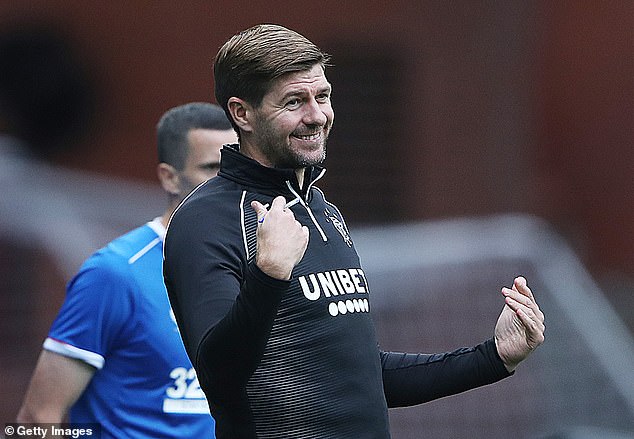 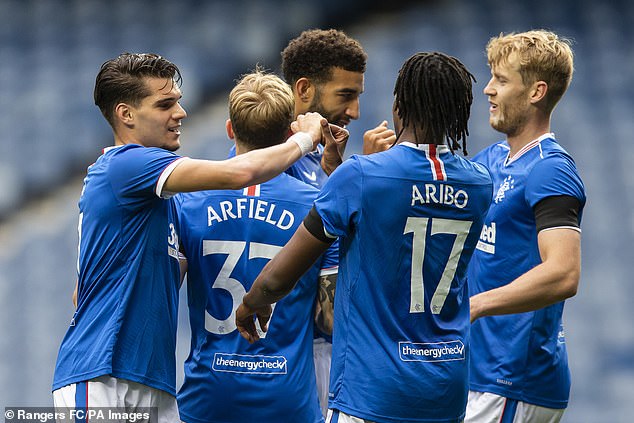 However, the Rangers manager, who reported that Steven Davis missed out with an Achilles problem, stressed that he is not content with the group of players at his disposal ahead of a testing Premiership curtain-raiser at Aberdeen next Saturday.

‘We need more,’ he confirmed. ‘I have told the club that, I’ve been honest and open with what I feel we need. In terms of where we are at from a financial point of view, those are questions for other people, but I have made it quite clear that we need to add to what we’ve got.

‘We need to add players into the XI to make us stronger and then, naturally, that will make the squad stronger. At the moment, we still need to get people in the door.’ 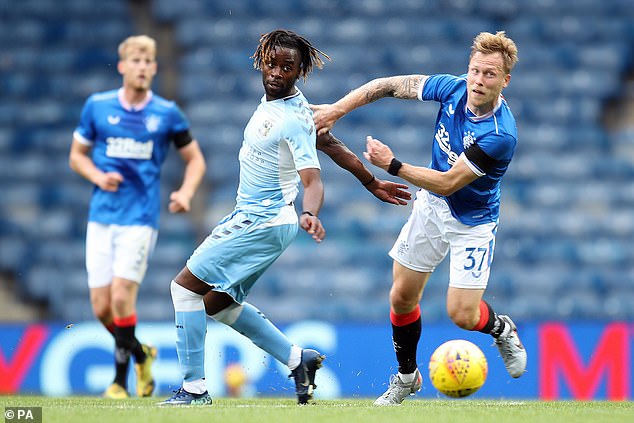 The manager was so concerned with his striker situation that Alfredo Morelos, who has yet to score in the pre-season games, was denied the chance to find a late confidence-boosting goal when he became the first of several second-half switches.

‘We can’t afford an injury in that area, so we wanted to be sensible with Alfredo and get him off the pitch at the earliest opportunity,’ explained Gerrard, who withdrew the Colombian star in the 62nd minute.

‘Also, I needed to try something different in case I have to do that in the coming weeks. We’re still waiting for a scan result on Jermain Defoe but we know it’s a hamstring (injury).

‘In terms of the length he’ll be out, we’re not sure just yet. Normally with the hamstring and Jermain’s age you’re looking at minimum two weeks. That’s one area giving me slight concern as we haven’t got enough numbers.’

As well as pursuing key signing targets, Gerrard is also on the lookout for another friendly fixture for his team.

Helander, who featured for half an hour yesterday, is a prime candidate for more minutes before Pittodrie.

‘One of the big reasons for trying to get a game on Tuesday is to try to add to the minutes Filip got today,’ said Gerrard. 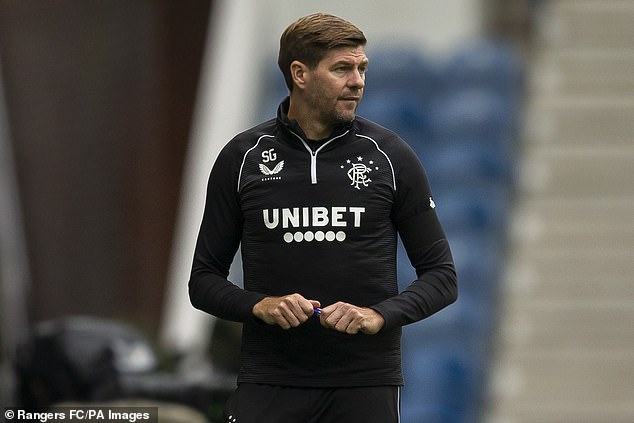 ‘The idea will be can he go for 45-60 minutes to get him in better condition and available for the game at Aberdeen.

‘He’ll be fit enough in terms of the injury but it’s whether we think he’s going to be sharp enough with enough minutes in his legs to go from the start against Aberdeen. If we can get the (friendly) game on, that could be a big factor on whether he’s available to start or not.

‘I don’t think results are super important at the moment. It’s more about getting minutes and valuable game time into the players so they are ready individually for a long season.

Gerrard went on to emphasise his own commitment to Rangers by dismissing any link with the Bristol City managerial job.

‘I am content here, I’m happy. My people haven’t heard anything from Bristol City, so I think it’s just paper talk and rumours,’ he added.