Alex Neil was clutching a can of Budweiser outside Sunderland’s Wembley dressing room and vowed to down several more during 48 hours of celebration for sealing promotion to the Championship.

But rather than remain drunk on their success, it will be time for sober judgment and serious discussion with the owners this week.

Neil stopped short of threatening to quit the club he joined in February but his message was as clear and crisp as the lager he was drinking. 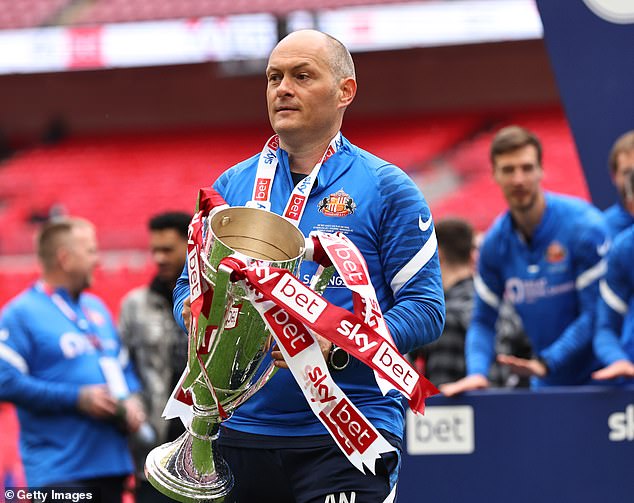 ‘I want to be at Sunderland,’ he said. ‘I want to take it forward. But what you need to understand is that you’re going to a new level.

‘I know people will say, “Yeah but we’re not a Championship team”, like I’ve been told a million times we’re not a League One team. But there’s got to be a lot of work.

‘There’s got to be investment and different facets that make you competitive in the next league. It’s like anybody else, if you’re doing a job, I’m sure you want the tools to do that job. I’m no different.’ Neil is a believer in hard work and diligence and does not like talk of ‘a fallen giant’ being deserving of its place in the Premier League.

But it was hard to escape that feeling at Wembley on Saturday, with 46,000 supporters roaring that giant back on to its feet after four years on the canvas of the third tier.

Wycombe were no match for Sunderland — in the stands or on the pitch — and a solo goal from Elliot Embleton and Ross Stewart’s 26th of the season gave them victory. 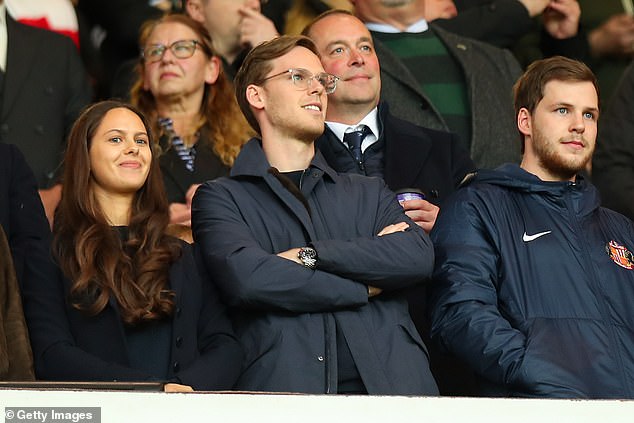 Neil has transformed the team since his arrival and this was a 16th match unbeaten.

He can be spiky and you wondered if he was going to launch his tin of beer in the direction of a reporter who suggested there was a lot to live up to at the club with legends such as Niall Quinn and Peter Reid in attendance.

The Scot — still only 40 but with close to a decade of managerial experience — is his own man. Sunderland are lucky that he is their man. They would be best advised to give him what he wants this week, especially as he will likely be nursing a hangover.

Euro 2020: Where France’s single weakness could be found – and why it might not matter