A slice of luck and a moment of individual brilliance from Kylian Mbappe gave France a gritty 1-0 win away to Sweden in their Nations League A Group 3 clash on Saturday.

Promoted to the competition’s top tier following their group victory last year, the Swedes frustrated the world champions for the opening 40 minutes until Mbappe proved to be the difference.

The 21-year-old striker got a fortunate bounce off a defender’s legs as he danced through the right side of the Swedish defence before beating goalkeeper Robin Olsen from a very tight angle at his near post. 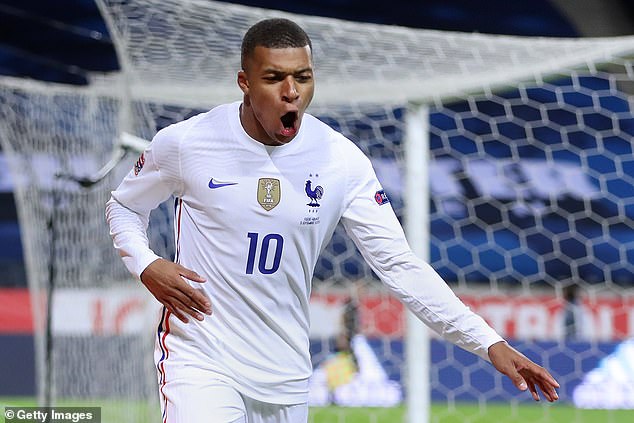 : Kylian Mbappe of France celebrates after scoring his team’s only goal on Saturday night 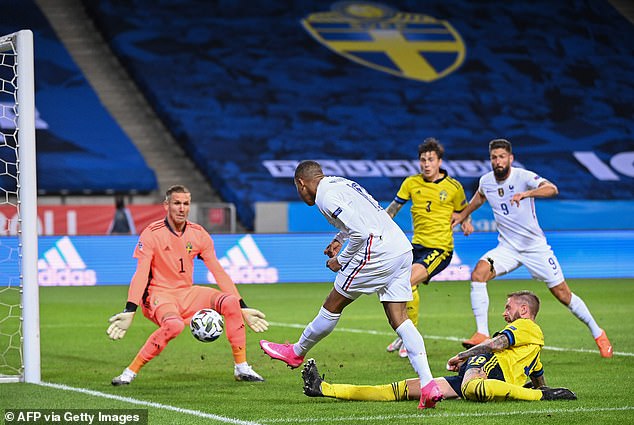 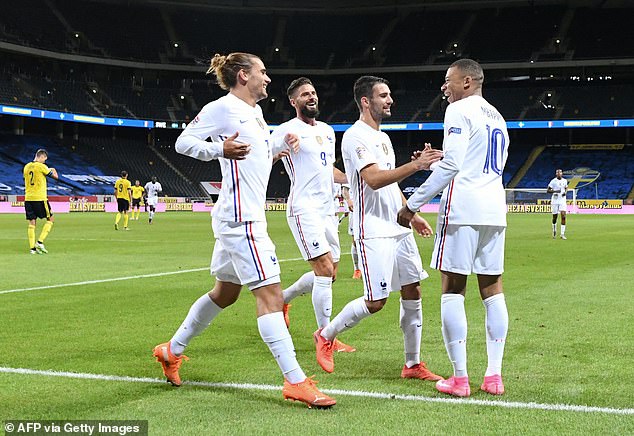 With the clock ticking up towards 90 minutes, Sweden winger Emil Forsberg forced a fine save from Hugo Lloris and Marcus Berg thumped a shot that was deflected wide for a corner that the Swedes could not capitalise on as France held firm.

Anthony Martial, who was in the France squad for the first time since March 2018, came on in the second half for Mbappe and was brought down by Victor Lindelof for a late penalty.

However, Antoine Griezmann fired the spot kick over the bar with the final kick of the game.

On Tuesday, Sweden host Portugal, who beat Croatia 4-1 on Saturday, while France take on the Croatians in Paris. 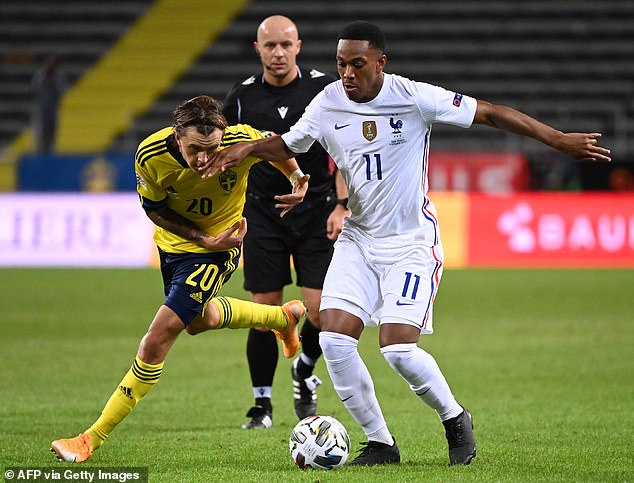 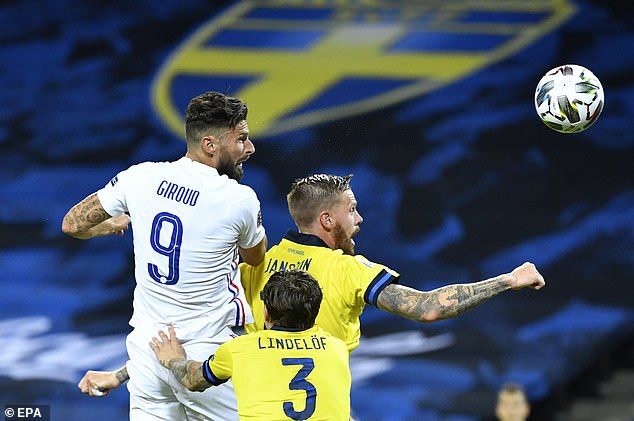