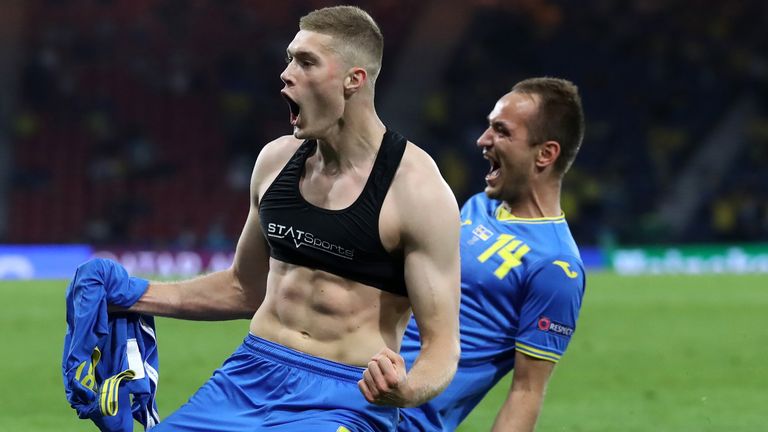 Ukraine set up a Euro 2020 quarter-final clash with England as Artem Dovbyk’s dramatic header in stoppage time of extra-time secured a 2-1 victory over 10-man Sweden at Hampden Park.

After a lacklustre extra-time period, it looked like the two sides would have to settle for penalties, but substitute Dovbyk popped up to convert Oleksandr Zinchenko’s stunning cross and secure a dramatic victory for Andriy Shevchenko’s team.

Zinchenko’s powerful strike (27) had sent Ukraine on their way in the first half, but Emil Forsberg’s deflected effort (43) – his fourth goal in as many games at Euro 2020 – brought Sweden level just before half-time.

Both sides had chances after the break, Serhiy Sydorchuk struck the post for Ukraine before Forsberg was denied by both the post and the crossbar as Sweden searched for a winner, but they could not be separated after normal time.

Sweden’s chances of a winner in extra-time were dealt a huge blow when Marcus Danielson was shown a straight red card following a VAR check after winning the ball but catching Artem Besedin’s knee with his studs on his follow through.

But they looked on course to get to penalties until Dovbyk’s intervention shattered them and sent Ukraine through to the last eight, where they will face Gareth Southgate’s England in Rome on Saturday evening.

How Ukraine set up England quarter-final… 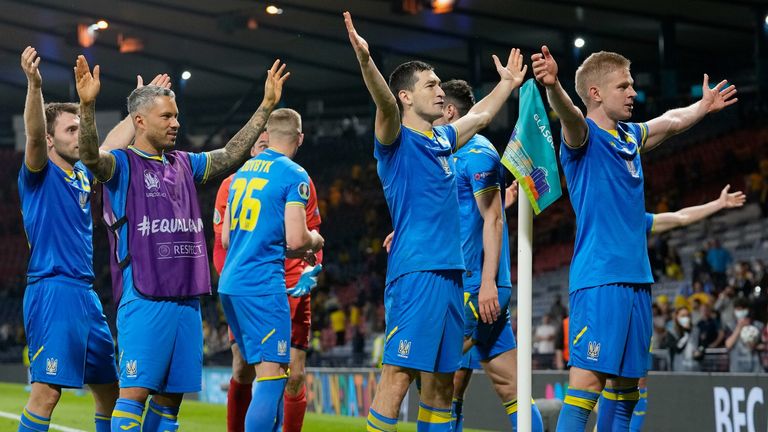 Andriy Yarmolenko and Roman Yaremchuk struck up quite a partnership during the group stage, creating six goal scoring chances for one another, and they were at it again in the early stages in Glasgow.

A slick one-two saw Yarmolenko slide Yaremchuk into space, but the striker’s shot was well saved by Robin Olsen.

At the other end, space opened up in front of Alexander Isak, but the Sweden striker failed to pick out the bottom corner with a curled effort.

Man of the match: Oleksandr Zinchenko.

The deadlock was broken in the 27th minute when Yarmolenko produced a sublime cross with the outside of his left boot to pick out Zinchenko at the far post. The Man City star drilled a low effort towards goal and Olsen got a touch, but he could not keep the powerful strike out.

Ukraine were seemingly controlling proceedings and dominating the ball, but they were eventually undone just before the break as Forsberg’s long-range strike flicked off Illya Zabarnyi and skipped off the turf and beyond the dive of Heorhiy Bushchan for his fourth goal of the tournament. 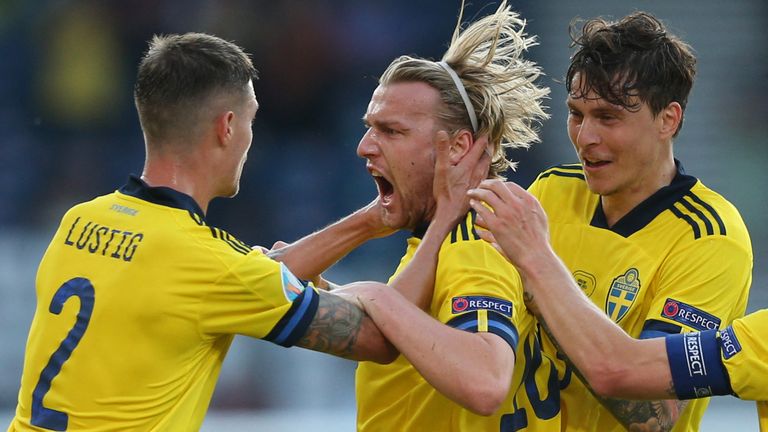 Sweden were caught napping early in the second half as Yarmolenko’s cut-back picked out Sydorchuk. The midfielder’s shot threaded its way through a number of bodies, but it clipped the outside of the post with Olsen rooted to the spot.

In what was a frantic few minutes, Sweden went straight up the other end and also hit the woodwork. Isak drove forward before releasing Forsberg in on goal, but the forward’s shot, which beat Bushchan, hit the foot of the post.

Sweden were getting closer with Bushchan having to deny Dejan Kulusevski’s goal-bound strike, while Forsberg was inches away from his second of the game, but his superb strike struck the crossbar as Ukraine survived.

Ukraine were still a threat on the break and Olsen had to be alert to deny Yarmolenko, but as time ticked and extra-time loomed, both sides became much more conservative and normal time fizzled out without whimper.

Extra-time proved to be a survival of the fittest as both sets of players struggled to cope with the demands of an extra 30 minutes.

Ukraine’s chances improved when Danielsson was shown a red card after a VAR check. Referee Daniele Orsato initially brandished a yellow card after the Swedish centre back, who initially won the ball, caught Besedin’s knee with his studs on his follow through. However, after consulting the pitchside monitor, the referee changed his decision, leaving Sweden to play out the remainder of extra-time with 10 men. 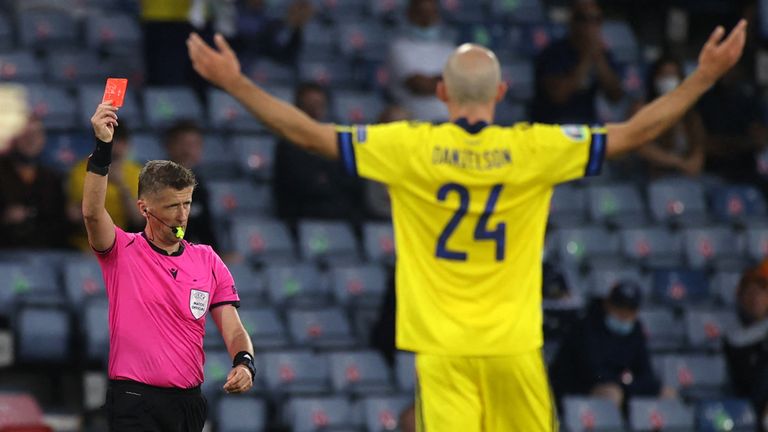 Stoppages were interrupting the flow of the game but Ukraine were starting to build some pressure on Sweden, but Olsen was able to confidently watch Ruslan Malinovskiy’s strike drift wide.

The game was drifting towards penalties but there was to be late drama as Zinchenko produced the moment of magic that the game was lacking, and his sublime cross picked out Dovbyk, who swooped to spark wild Ukraine celebrations. 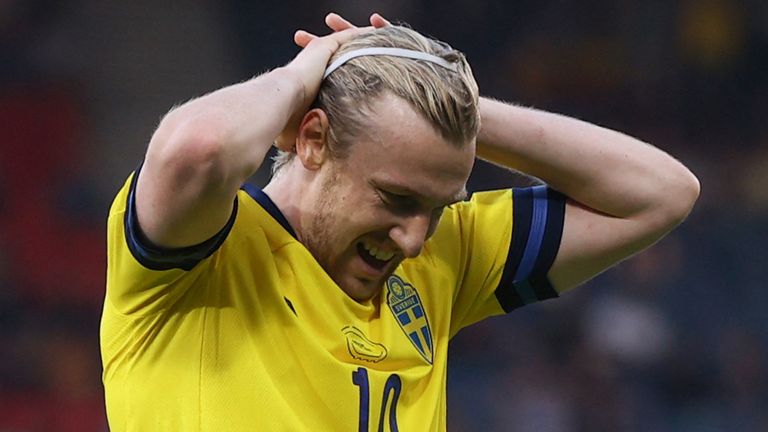 Ukraine will play England in the quarter-finals of Euro 2020 in Rome on Saturday at 8pm.

Norwich City earn immediate promotion back to the Premier League