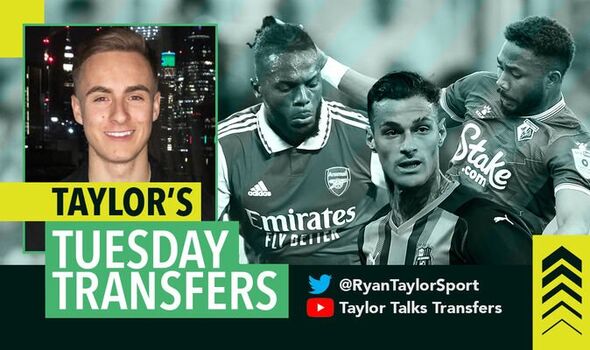 Taylor’s Tuesday Transfers is back after a small blip last week when I was unfortunately unable to deliver the goods due to illness. The YouTube content will also be back up and running in due course as West Ham, Arsenal, Chelsea, Watford, Fulham and Brighton all feature in this morning’s column. Without further ado, let’s dive straight back into it…

Gianluca Scamacca is due to undergo a medical with West Ham today in London as he prepares to put the finishing touches on his £35.5million switch from Sassuolo.

The Italian international striker, who flew into the capital from Rome on Monday, was given the green light to discuss personal terms with the Hammers over the weekend after an agreement was reached between the two clubs on Friday.

West Ham will pay an initial £30.5m plus £5m in add-ons for the 23-year-old, who is set to sign a long-term contract at the London Stadium.

Meanwhile, his agent Alessandro Lucci is also at the heart of West Ham’s negotiations for Eintracht Frankfurt’s Filip Kostic.

Eintracht have offered Kostic a new lucrative contract but he is currently considering his options despite helping the club secure Champions League football following their Europa League triumph, which saw them beat the Irons in last season’s semi-finals. 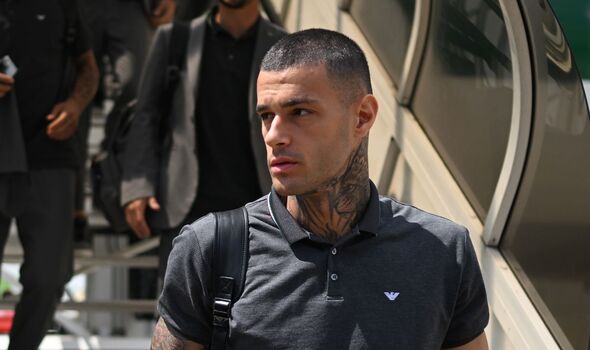 Chelsea could yet keep Broja

Chelsea could yet keep Armando Broja for the upcoming season with Thomas Tuchel still reluctant to sanction the departure of the Albanian international.

West Ham have now cooled their interest in the former Southampton loanee after tying up a deal for Scamacca and while Newcastle and Everton retain an interest, Broja’s future remains unclear with further talks with Chelsea expected to take place this week.

The player is not keen on another loan move and with Chelsea still yet to sign a replacement for Romelu Lukaku, Broja remains part of Tuchel’s thinking – particularly after Timo Werner’s horrific performance in the 4-0 defeat to Arsenal in Orlando.

Broja is currently nursing a foot problem that ended his involvement with Chelsea on their pre-season tour of the United States prematurely but the injury is not considered to be serious.

Newcastle would favour a loan move for Broja while Everton are yet to enter formal discussions over a deal for the 20-year-old. There is nothing imminent as of now.

West Ham were recently told by Chelsea that they’re not yet ready to sell the player after the Hammers lodged a £30m bid for the frontman who tore them to shreds last season.

Chelsea only have one final pre-season fixture against Udinese before their Premier League campaign gets underway at Everton on Saturday, August 6. The clock is now ticking… 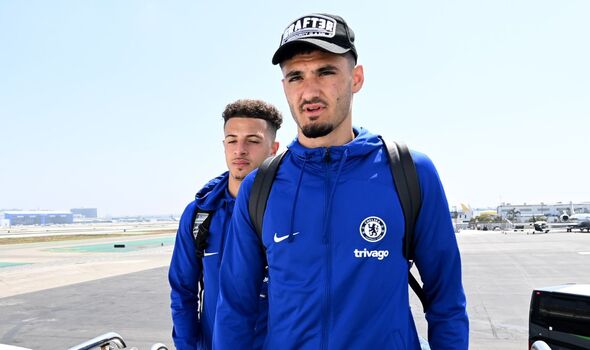 Arsenal are now open to loaning Nuno Tavares following the arrival of Oleksandr Zinchenko with Italian side Atalanta in talks to land the Portuguese left-back but the Gunners are yet to decide whether they will include an option to buy.

Brighton and Marseille have also shown interest in the defender in the past week but the Serie A club are leading the chase for the 22-year-old, who joined Arsenal for £6.8m last summer from Benfica.

Tavares featured for Arsenal in their 4-0 pre-season win over Chelsea in Florida but he could now be set for a new challenge next season due to fierce competition for places at the Emirates Stadium.

The Foxes were hesitant to trigger their £14m option to buy the 24-year-old winger at the end of last season due to restricted finances. 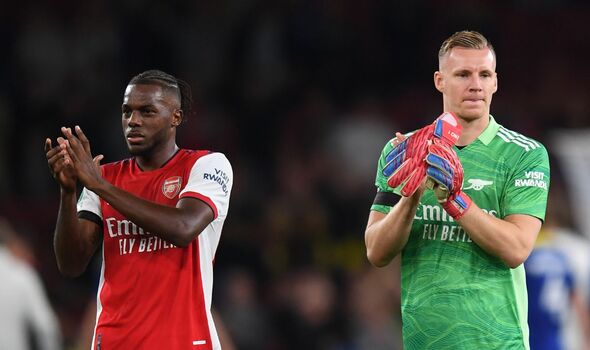 Dennis future still up in the air

Emmanuel Dennis’ prospects of an immediate return to the Premier League remain up in the air as interested parties continue to turn their noses up at Watford’s £20m valuation of the striker.

The Nigerian international was one of the Premier League’s most impressive new arrivals last season, after recording 10 league goals for the relegated Hornets.

Dennis has been the subject of enquiries from a number of Premier League clubs this summer with West Ham, Southampton, Everton and Nottingham Forest among the clubs to have held discussions with his agent Drew Uyi.

But so far, none have indicated their willingness to make a concrete offer and unless Watford slash their asking price, that is unlikely to change.

As it stands, the prospect of both Dennis and Ismaila Sarr staying at Vicarage Road next season cannot be ruled out, despite the Hertfordshire club’s determination to move both players on.

Watford’s spending power could ultimately hinge on the departures of the attacking duo but they are insistent both players are worth substantial fees, as they continue to hold firm.

When declaring their interest, both West Ham and Southampton are said to have made it clear Dennis was not among their priority targets. 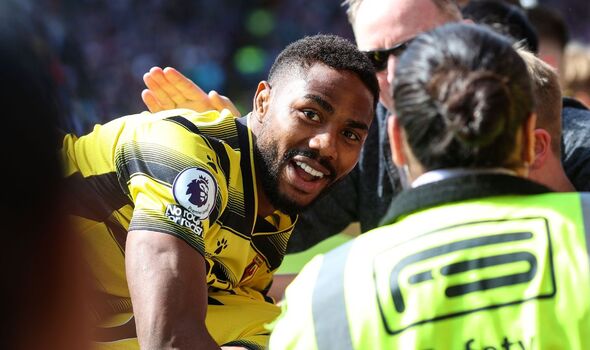 Arsenal are prepared to shift the goal posts in order to move Bernd Leno on following Matt Turner’s arrival in north London from New England Revolution.

The Gunners have been locked in talks with Fulham over the sale of the German international goalkeeper for several weeks but the two sides remain far apart in their valuation of the 30-year-old.

Leno wants to move to Craven Cottage but Arsenal are currently holding the transfer up because they do not want to sell him on the cheap.

Mikel Arteta’s side are now focused on raising cash through outgoings and Leno is one of their most valuable fringe players.

However, with Fulham now exploring other goalkeeper targets including Neto, Arsenal are expected to soften their position in a bid to strike an agreement.

Leno wants to play regular football to maximise his chances of being selected by Germany for November’s World Cup in Qatar after losing the No 1 spot at Arsenal to Aaron Ramsdale.

The Frenchman is said to be open to the move having only featured for 20 minutes in the Seagulls’ latest pre-season friendly at Reading on Saturday.

Albion have received a proposal understood to be worth in the region of £15m for the former Brentford man but there is no agreement in place, to date.

If Brighton are to sanction Maupay’s departure, one of the names expected to fall under consideration is Swans hitman Piroe, who netted 22 times in 45 Championship outings in Wales last season.

Swansea are keen to tie Piroe down to a new contract after just one season with the club but his representatives have made it clear they do want to discuss extending their client’s stay, as he targets a Premier League move.

Leicester had made checks on Piroe earlier this summer but the Foxes have not followed up their interest. Now Brighton could be set to make their move, providing Maupay does indeed depart.

Solskjaer reveals Ronaldo is determined to show he's better than ever

Timo Werner misses yet another SITTER for Chelsea in Rennes match