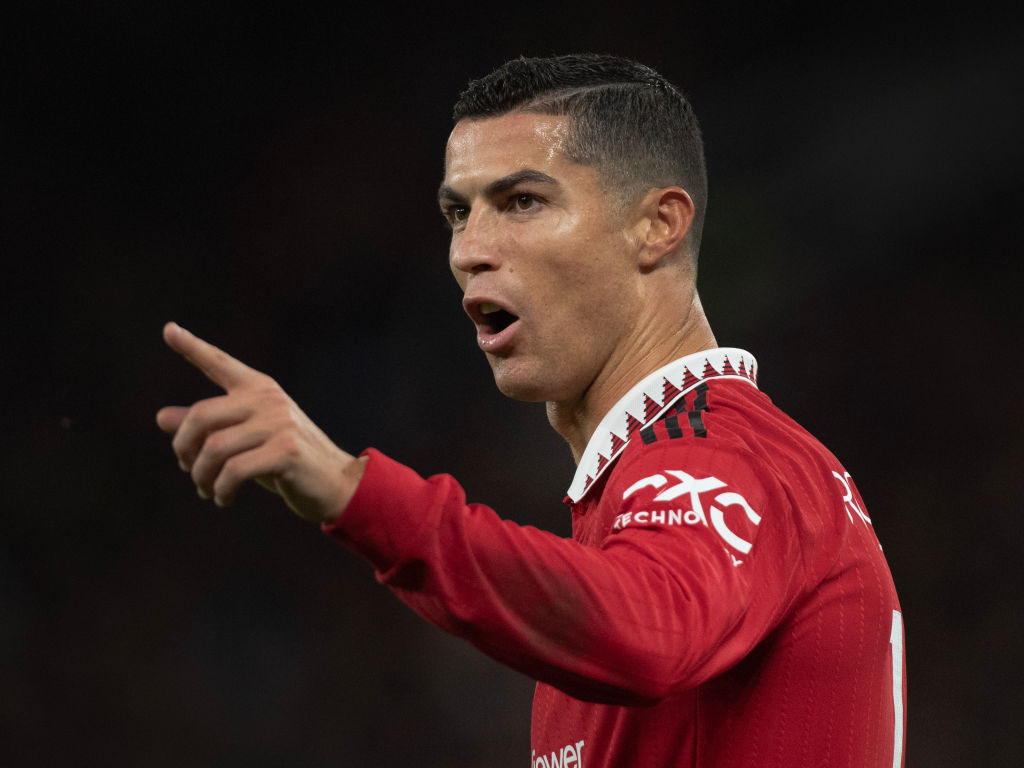 Cristiano Ronaldo starts for Manchester United against Aston Villa on Sunday and wears the captain’s armband, with manager Erik ten Hag calling on the veteran to ‘take even more of the leader role’ in the side.

Ronaldo has only started three Premier League matches this season before this weekend, largely limited to coming on from the bench and starting in the Europa League.

However, with Antony and Jadon Sancho unfit, the 37-year-old starts at Villa Park and with Bruno Fernandes also out, he takes the captaincy.

Ten Hag played down the significance of Ronaldo taking the armband, but did insist that he wants to see a captain’s performance from the forward.

‘Nothing changed, when you are captain and leader you have to set an example and that is what I expect from him on the pitch,’ said the Dutchman.

‘He is an important part of our squad, we said that from the start of the season and we keep saying that. We are happy with him and now he has to take even more of the leader role because Harry [Maguire] is on the pitch and Bruno is suspended.’

In the build-up to Sunday’s trip to Aston Villa, Ten Hag singled out Ronaldo for praise, but surprisingly it was to compliment his defensive skills.

‘We defend with 11, starting with Cristiano up front,’ said Ten Hag. ‘So we are hard to beat as a team. That’s a compliment but it’s also that process we have to keep going.

‘That makes it hard to beat us because everyone is convinced of that plan, everyone is disciplined in that plan.

‘When we play with the desire and passion, we are hard to beat and that makes us, in this moment, successful.’

Alejandro Garnacho is also in the starting XI, making his first Premier League start for the club after a couple of impressive performances in Europe.

Ten Hag has backed the 18-year-old to impress in the Premier League, but warned him that it is a very different challenge to the Europa League.

‘He had two good performances in the Europa League, now he has to do it in the league,’ said Ten Hag. ‘It is the same, 11 v 11, but the Premier League intensity is something he has to match. I have faith in him he will do good.’

Real Madrid 'plotting deals for Mbappe AND Haaland next summer'