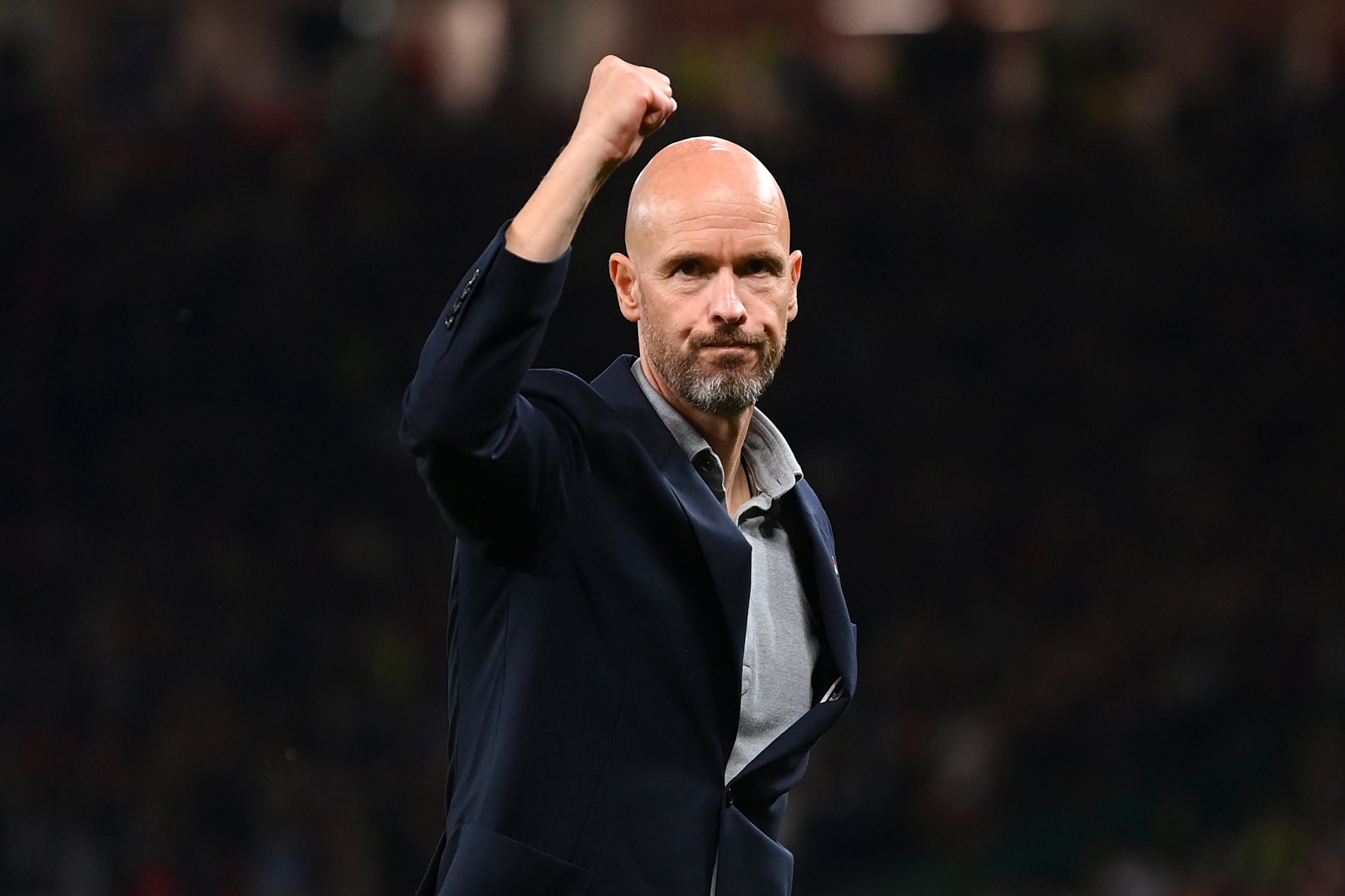 Erik ten Hag joined Manchester United’s players on their 13.8km run as punishment for their performance against Brentford, according to reports.

United picked up their first win of the new Premier League season on Monday night as they sealed a 2-1 victory over Liverpool at Old Trafford.

The performance against Jurgen Klopp’s side was an impressive turnaround from the one they registered in their 4-0 defeat to Brentford nine days earlier, which left Ten Hag fuming.

As punishment for their display, Ten Hag made United’s players run 13.8km in training the following day, which was distance discrepancy between his team and Brentford during the 4-0 loss.

According to The Mirror, Ten Hag’s decision to join in with the run enhanced the Dutchman’s reputation among the squad ahead of their game against Liverpool.

A source at United’s training ground told the newspaper: ‘The players were raging when they discovered their punishment for the no-show at Brentford would be an 8.5-mile run.

‘But the moans ceased when it became clear that the manager was planning to do the same as them.

‘He didn’t have to tell anyone why. It was clear that he wasn’t going to let his players take all the blame for the performance. Ten Hag also felt he had to show that he also felt culpable.

‘It was a tough run for the players – but it was even more gruelling for Erik – and they were impressed.

‘It may have taken a hugely physical effort, but ironically it showed that the manager understands the psychology of the modern player. You could see in the build-up to the Liverpool game that he had convinced them about the intensity and commitment he expects.’