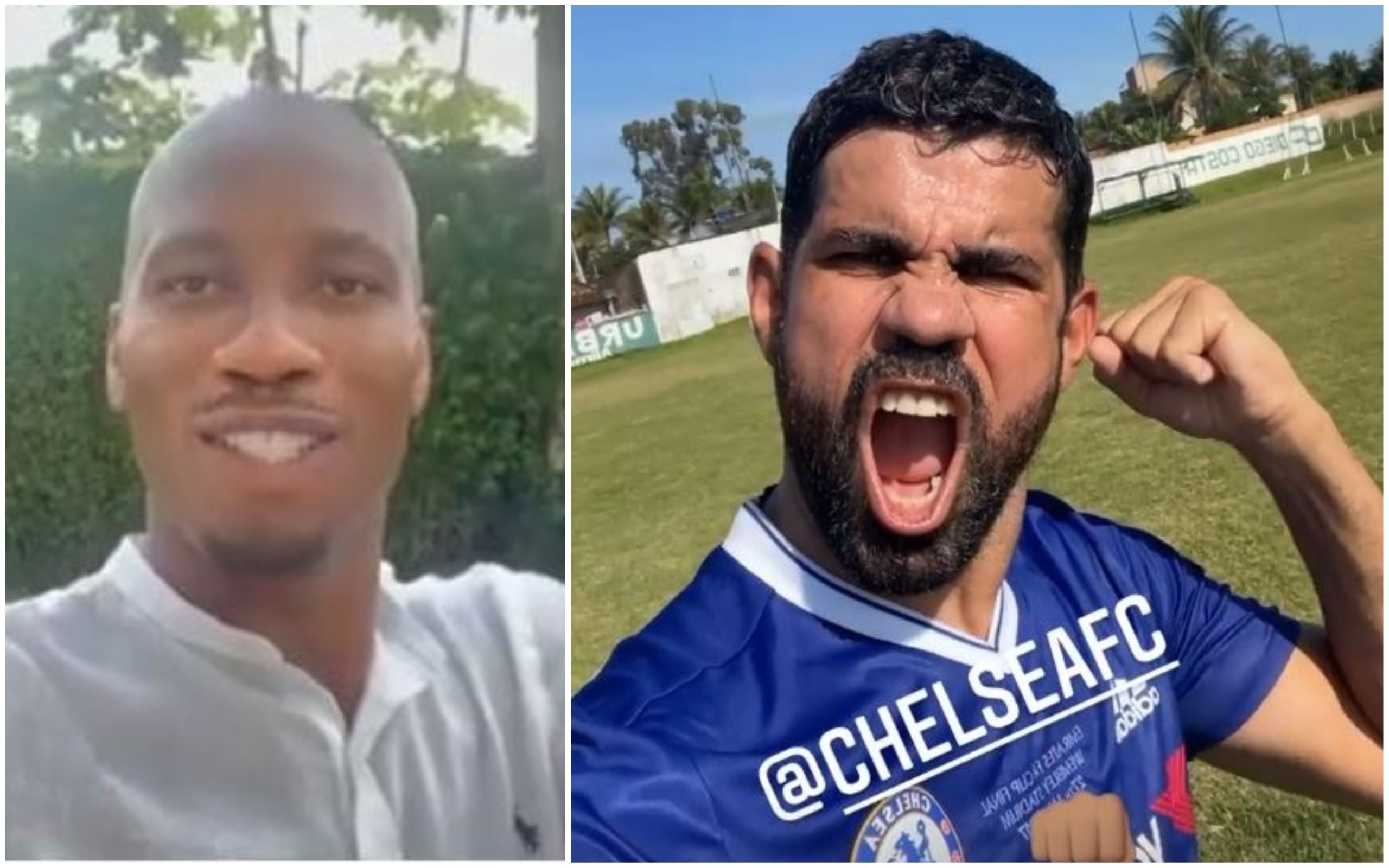 John Terry, Didier Drogba and Diego Costa are among the former Chelsea players who have sent their support to Thomas Tuchel’s side ahead of the Champions League final against Manchester City on Saturday evening.

Tuchel has the chance to win his first trophy since taking charge at Stamford Bridge, while Chelsea are looking to win the competition for the first time since 2012.

Drogba scored the winning penalty in that dramatic shootout against Bayern Munich in 2012, and the former striker had some words of for Chelsea’s current squad.

‘Play as if this is your last chance to play a Champions League game,’ said in his message to Chelsea’s players on Instagram.

‘Rise to the occasion. Believe, believe, it’s in your DNA, this is our legacy to you. Come on you blues, come on Chels!’

Terry, who captained the Chelsea team for their triumph in 2012, wrote in his message: ‘Come On Chelsea. Good Luck To All The Players , Staff & Supporters Tonight. Let’s Go Boys.’

Costa, who won two Premier League titles during his time at Stamford Bridge, donned his old Chelsea shirt for his good luck message but unfortunately the jersey was from the team’s 2-1 defeat to Arsenal in the FA Cup final in 2017.

In his message to the players, Fernando Torres wrote: ‘Make it happen again. Good luck Chelsea.’

Tuchel, meanwhile, insisted that his defeat with Paris Saint-Germain against Bayern Munich will have no bearing on his preparation with Chelsea on Saturday.

‘It’s a different team and a very different situation,’ said the Chelsea boss.

‘If I was a player, I would not like my coach to talk about his personal experience of the last year. I don’t think that would help me.

‘If we had this experience together then we could use it and share it and grow from it but it was for me and my staff. Experience is a crucial thing in coaching and after every match I’m smarter because this is the demand I have to myself.

‘But I don’t think we can draw lines and say this is the key point that we did wrong or that we have to learn and step up from that to make it happen. We need every match to evolve as coaches and this was a big part of it.

‘We feel that we’ve come a long way. We have six matches played in the Champions League together, Frank [Lampard] played with Chelsea a fantastic group stage so we feel that we worked hard to be here and we feel absolutely the hunger that we are not happy yet.

‘We want to do the last step. We are here to win, maybe as slight underdogs but that changes nothing. We want to close the gap and leave Porto with the trophy.’

Chelsea ace has already agreed personal terms of a five-year deal ahead of £22.6m transfer