Home » Soccer » The Euros proved what black people already knew: We’re only loved when we win 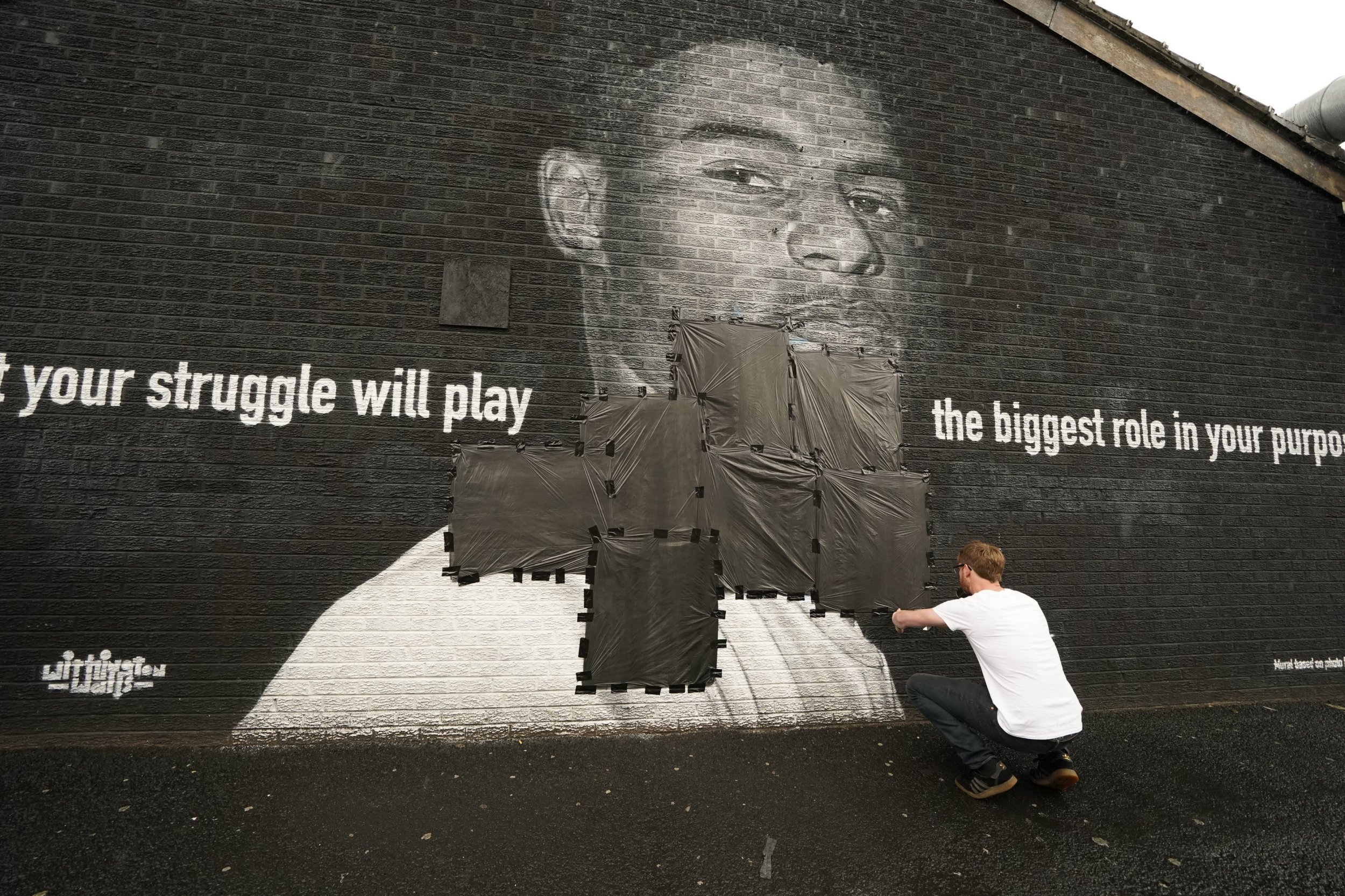 Last week, while lots of people across England were trying to find a pub for Sunday night’s Euros final between England and Italy, I was wondering whether I should watch the match in a pub at all.

I don’t follow football outside of major tournaments, but I knew if we won, I’d want to celebrate a historic win, a once-in-a-lifetime moment, with other England fans.

I’d accept that my braids would get soaked with flat beer and that social distancing would cease in the celebratory thrall. But I was scared about what would happen if we lost. Inside, at a friend’s house, I knew I’d be safe.

Football, like society at large, has a racism problem and black players are often the targets. Forty years ago, Cyrille Regis was sent a bullet in the post by a racist.

It was common to hear monkey chants in the stadium every time a black player touched the ball. In 1988, John Barnes famously back-heeled a banana that had been thrown at him off of the pitch.

And in the warm-up matches against Romania and Austria, England fans booed and jeered their own players as they took the knee in solidarity with the Black Lives Matter movement. The Prime Minister Boris Johnson refused to condemn this behaviour. As the tournament began, cheers dwarfed everything else. But we shouldn’t pretend the boos weren’t audibly there.

Unfortunately, I was proven right. The players’ social media accounts were flooded with racist comments. The Football Association (FA) had to put out a statement condemning the abuse. In just 24 hours, Twitter says it has removed more than 1,000 tweets and permanently suspended a number of accounts. And a mural in Manchester of Marcus Rashford was vandalised within hours of penalty shootout.

Lots of black people and people of colour in this country know our acceptance by many is conditional on either our successes, our sacrifices, or our deference. For some, our belonging is always in question.

This isn’t limited to England – it’s the same logic that meant Mamoudou Gassama, a Malian-born undocumented migrant in France, was only given citizenship after he risked his own life to rescue a four-year-old hanging from a balcony.

People in good faith are promoting the charity work that these players have done in their spare time, particularly the phenomenal anti-poverty campaigning of Marcus Rashford. They are calling on us to remember them for this work, and not the missed penalties. I fear this is misplaced.

You shouldn’t have to be exceptional to be treated with respect and shielded from abuse. And the racist response to Sunday’s match shows this to be the fool’s game that it is – no amount of ‘black excellence’ will protect you from racism.

Ahead of the final, politicians and pundits were celebrating the healing potential of the England team, a symbol of hope that could bring a divided country back together.

As inspirational as the England team is, they do not have supernatural powers. Even if we had won, it would have only lightly papered over the deeply embedded generational and political chasms that exist.

With this loss, we can’t pretend England is something that it’s not. Politicians have been quick to call out the racism that has jumped out, saying that this doesn’t represent the country. But unfortunately, this is exactly who we are. This isn’t to say there hasn’t been positive changes over the past 50 years. There are many.

Living in England today is not the same as it was for my grandmother who moved here from Jamaica in 1962. But racism is evident not only in the abuse that these players have received, but in the poverty rate for black children (currently a shocking 48% compared to 19% for white families).

It shows itself in public attitudes towards ethnic minorities that have been cultivated by a hostile tabloid media and elected members of parliament. It is why the players continue to take the knee and why some ‘fans’ have continued to boo it.

In his moving essay for the Players’ Tribune, England Manager Gareth Southgate noted that ‘for many of [the] younger generation, your notion of Englishness is quite different from my own.’ What it means to be English is changing and his team, our team, is a symbol of that.

The England team represents, for me, values that I’m proud of. People who stand up for racial justice, celebrate LGBT+ fans and who won’t be defined by the institutions that don’t care for them. They represent the country I want to live in.

The backlash shows it’s a destination we’ve not yet reached. And while I’m hopeful for the future, we won’t get there any faster by pretending.