VAR has been revolutionary in the Premier League this season, after a successful introduction at the 2018 World Cup in Russia. But, there have been teething problems, with decisions regarding offside appearing to take the limelight.

A number of goals have been disallowed after VAR deemed an attacking player to be ahead of the last defender – sometimes, even by the smallest margin.

Harry Kane saw a goal ruled out after his armpit was offside against Brighton, on Boxing Day.

More recently, Wolves thought they took the lead against Leicester City last weekend, before Neto’s heel was adjudged to be offside.

Speaking after the match, Wolves boss Nuno Espirito Santo said that “something has to be done”.

He added: “The law is the law but the question is, is there a clear advantage?”

“I’m upset of course because Molineux was buzzing and suddenly it went down.”

JUST IN: Frank Lampard upset with two decisions as Chelsea boss hits out at VAR 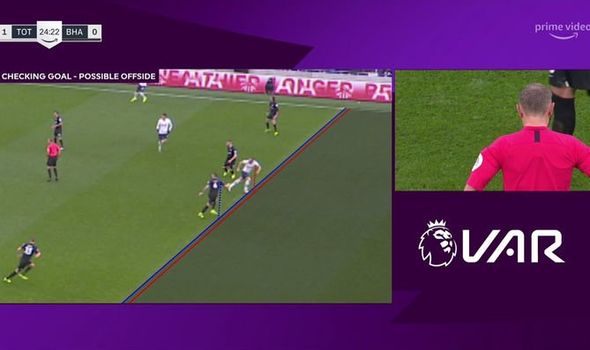 Former Arsenal boss Wenger, who is now Fifa’s chief of global football development, suggested that the offside rule could be changed a little bit to cater for VAR.

He suggested changing the law so that “you will not be offside if any part of the body that can score a goal is in line with the last defender, even if other parts of the attacker’s body are in front”.

He said: “[I’m speaking about] the offside by a margin of a fraction of a centimetre.

“Maybe there is room to change the offside rule a little bit so we don’t say a part of his nose was offside.”

But, if anyone truly believes that changing the offside rule to allow for “a fraction of a centimetre” will end the controversy, they’re simply wrong.

The offside rule is black and white. There’s no in between. That makes it the easiest rule to judge for officials in the entire game.

Maybe not, but at least it’s a consistent measurement for everyone, and as we know, all fans want is consistency.

Some commentators have called for a ‘daylight’ offside rule to be enforced; where the attacker will be deemed offside if it’s 100 per cent clear that they’re off.

But 1) that doesn’t exist, and 2) will still create the same problems.

The argument is that if you’re one millimetre offside with VAR in its current state, then it’s harsh on the attacker because the advantage is so small.

But, if we encourage a ‘daylight’ rule, than what happens if a player is ahead of the last defender by ‘daylight, plus one millimetre’? The same arguments will persist. It’s a non-starter. 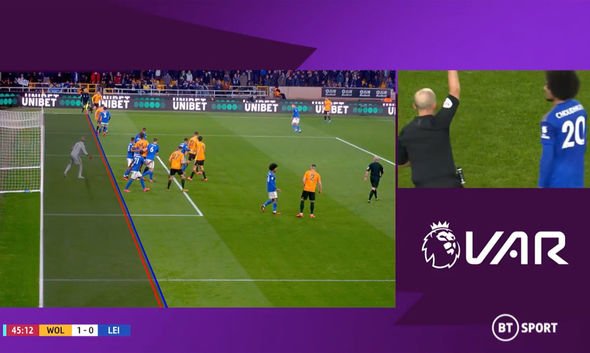 Meanwhile, there was also some outrage following Wolves’ disallowed goal against Leicester, because Neto was so far from goal, that he wasn’t gaining any advantage by having a heel offside – plus, he was actually running backwards.

But, unfortunately, offside is offside, and it was 100 per cent the correct decision.

Leicester fans would have been outraged if VAR didn’t disallow that goal. Even last season, before VAR, they would’ve been fuming if the goal stood.

The final argument is the whole ‘ruining the passion of the game’ garbage.

As a fan, there have been numerous occasions where my team have been dealt harsh blows by offside decisions that weren’t given in the past. I don’t ever want that again.

The best team should be the one that scores the goals and win the games fairly. Come the end of the season, that’s how you know who really was the best (and worst) team in the division. Otherwise, it’s all marked with an asterisk.