Phil Neville is looking forward to an emotional return to Old Trafford when the Lionesses open their European Championship campaign at the Theatre of Dreams.

Neville, one of Sir Alex Ferguson’s legendary Class of 92, was at United for 15 years before signing for Everton. He returned to United as a coach before taking charge of the England women’s team.

With 500 days to go until the opening game, Neville welcomed the announcement that his old home is one of 10 grounds to host Euro 2021 matches. 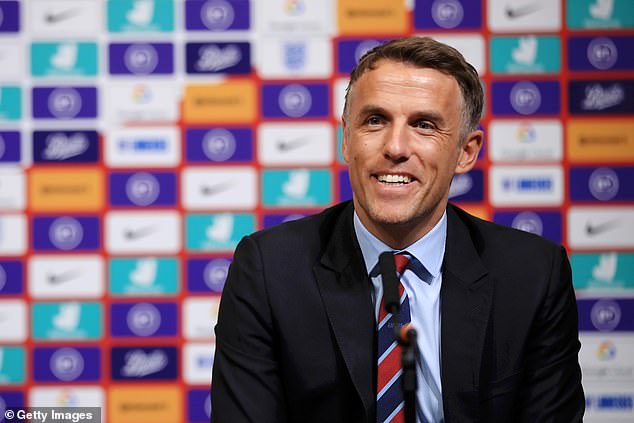 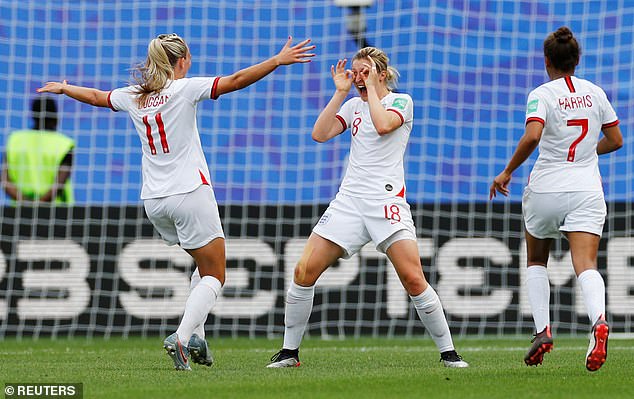 The FA hope to sell a record-breaking 700,000 tickets for the 16-team tournament next year

‘I didn’t realise the effect Old Trafford had on people until I went there with Everton,’ said Neville, who says the iconic ground still has a ‘special place in his heart’.

‘I remember my first game — you’re driving to the stadium and the coach is silent. You get there and all the players are looking up [in awe]. What we have to do now is expose our players to big occasions so when they come to Old Trafford it’s just like going into your grandmother’s front room and having a cup of tea.’

The FA hope to sell a record-breaking 700,000 tickets for the 16-team tournament. 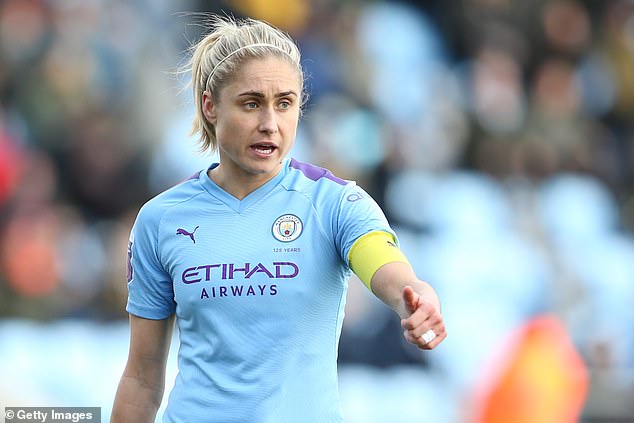 England last hosted the Euros in 2005 when Hope Powell’s side finished bottom of their group.

Neville said: ‘I heard negative things about staging the Euros but we should be seeing it as a massive advantage for our players to go out there with 75,000 England supporters behind them.’

The final will be staged at Wembley Stadium on August 1, 2021.