Sergio Aguero was so happy after Manchester City beat Real Madrid because the striker had been promised he will start the second leg by manager Pep Guardiola, reckons former Chelsea midfielder Craig Burley. Aguero remained on the bench as City came from behind to beat Real 2-1 in the first leg of their Champions League last-16 tie at the Bernabeu on Wednesday. Goals from Gabriel Jesus and Kevin de Bruyne turned the game on its head after Isco had given the hosts the lead.

Guardiola adopted a surprising formation, with De Bruyne and Bernardo Silva acting as false No 9s and striker Jesus occupying a wide role with Riyad Mahrez.

After the win a beaming Aguero walked onto the Bernabeu turf to congratulate his team-mates.

Burley says that was not the normal reaction of a player who had been left out of the team for such a big match.

So the pundit reckons Aguero must have been given assurances he will start when Real visit the Etihad next month. 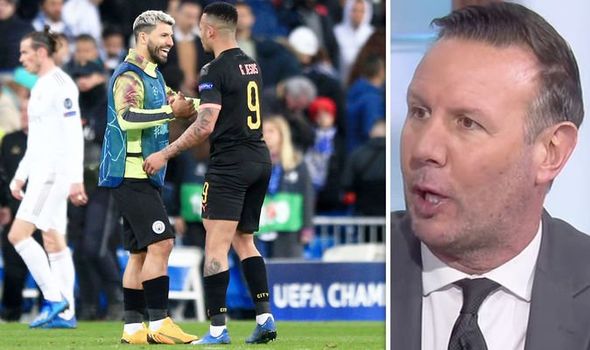 “The one thing that I saw that was interesting at the end was a player that didn’t play,” Burley said on ESPN FC.

“I saw Aguero on the pitch at the end and he actually looked quite happy.

“Now some might say ‘of course he’s happy, his team won’ – no. If you don’t play inside you’re like… you want to play the biggest games.

“So I got to feel that because he never even got on the pitch that Guardiola said to him ‘listen, barring a disaster, [Jesus] is going to do a job for us running back and forward up and down the flank, and you’re going to be the man at home’.

“That’s the only thing I can think of otherwise I don’t think he’d have been on smiling and joking at the end of the game.”

After the match, City boss Guardiola was full of praise for Jesus after a hard-working performance in the Spanish capital.

“There is not in the world one striker to have the intensity like Gabriel,” Guardiola said. 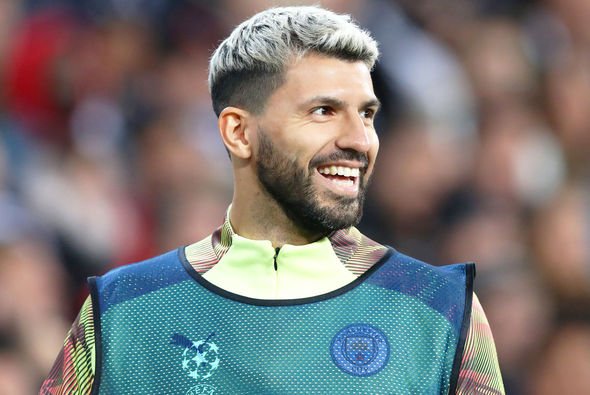 “He is so fast and so good – we decide to play without a proper striker because of the way they defend.

“You have to make the pitch wide – they’re so aggressive and in the first minutes we suffered, but after that we had more fluidity.

“Zidane is going to look at what we’ve done and will adapt for the second leg.”