Home » Soccer » They didn’t want to go to Qatar, but the stars could finally be aligning in Asia for Sydney FC

It's the trip they never wanted to take; one that could cost them Christmas with their families and expose them to contracting the virus that has changed the world. 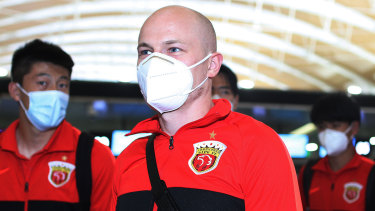 Just by setting foot in the oil-rich state, which will host the next World Cup in 2022, the Sky Blues and A-League rivals Melbourne Victory and Perth Glory have created history. They are the first Australian club teams to have travelled overseas for competitions since the onset of the pandemic; the only others to have done it were national representative sides in one-day cricket and rugby union, who went to England and New Zealand respectively.

Qatar is almost the same size as the Sydney metropolitan area – just under 12,000 square kilometres – but is recording between 200 and 250 new coronavirus cases a day. When the ACL's west zone fixtures were completed there in September and October, despite extensive mitigation protocols, two teams still managed to suffer outbreaks.

Hence, the reservations expressed by players, coaches and staff of all three Australian teams about flying to Doha and the extreme caution taken by the teams who have arrived in recent days. Mooy's new team has set the standard on that front, with the 30-year-old midfielder and his Shanghai teammates, including former Chelsea star Oscar, donning personal protective equipment suits as they presented for testing at the airport. 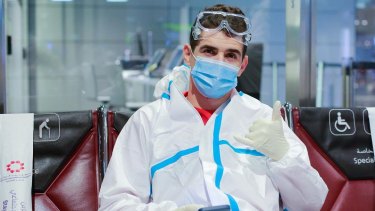 The A-League sides were effectively strong-armed into going by the AFC, who are determined to finish the tournament in spite of all the obstacles to avoid any financial or legal conflict with broadcasters Lagardere Sports.

Success in Qatar is a double-edged sword for the Australian teams: any side that progress beyond the round of 16 will be in hotel quarantine over Christmas, which could impact preparations and planning for the start of the new A-League season on December 27.

The Sky Blues have never gone that far, and it bugs them. In five previous attempts they've only moved past the group stage once, in 2016.

Having well and truly conquered the domestic scene in recent years, the ACL trophy is the only piece of silverware missing from their collection – as Western Sydney Wanderers fans regularly remind them. 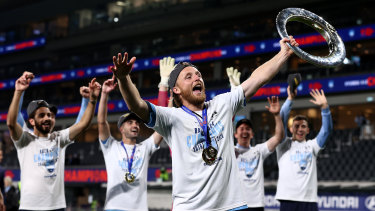 Sydney FC have dominated football in Australia in recent seasons.Credit:Getty

After failing to win either of their two Group H matches pre-pandemic, Sydney will resume with a fair handicap, and will also be without two key players: goalkeeper Andrew Redmayne and defender Ryan McGowan. But the current state of their opponents suggests they are still in with a red-hot chance.

They need to start with a win against a shaky Shanghai, who won just one of their last seven matches in the recently concluded Chinese Super League season – during which their squad was confined to a hotel for four long months. SIPG are also without ex-West Ham striker Marko Arnautovic, Oscar is said to be injured and rumours of internal unrest and division are rife.

Ange Postecoglou's Yokohama F. Marinos, meanwhile, have slumped to seventh in the J.League, which is still going despite the start of the ACL, forcing the former Socceroos coach to split his squad in two. His strongest players are with him in Doha, but they are not playing anything like the team that won the title last year.

The biggest danger is Jeonbuk Hyundai Motors, who have just claimed the K League championship for the fourth year in a row and are determined to send off departing coach Jose Morais with a treble.

But in a centralised hub, with no home grounds and under a rapidly condensed schedule, the playing field has been dramatically levelled. The circumstances aren't ideal, but if Sydney FC are good enough to take advantage of them, this could be the year they finally slay their ACL demons.

Lowe: Winners and losers of NBA free agency after a wild week

Tottenham receive major injury blow ahead of crunch Chelsea and Arsenal clashes
Recent Posts
This website uses cookies to improve your user experience and to provide you with advertisements that are relevant to your interests. By continuing to browse the site you are agreeing to our use of cookies.Ok