Chelsea could be set to sign Thiago Silva as part of their major squad overhaul this summer, with the centre-back now a free agent after leaving Paris Saint-Germain. The Brazilian is looking to move to another big European club in order to keep his hopes of featuring at the 2022 World Cup alive.

Chelsea is therefore seen as a perfect destination for Silva, who will also get another shot at finally securing Champions League success after defeat in the final this year.

The 35-year-old has reportedly snubbed talks with teams from China and Qatar, supposedly snubbing a large payday in favour of prolonging his career at the top of European football.

For their part, Chelsea are keen on signing defensive reinforcements to try and shore up a leaky rearguard that had the worst record in the top half of the Premier League last season.

In addition to Silva, a £50million deal for Ben Chilwell is expected to go through this week while manager Frank Lampard also wants a new goalkeeper to replace Kepa Arrizabalaga. 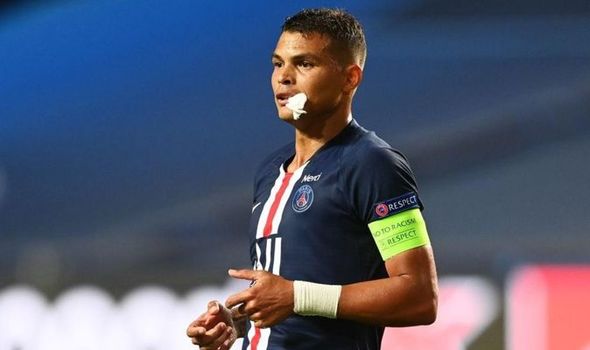 Chelsea have already signed Hakim Ziyech and Timo Werner and they’re also in for Kai Havertz and Malang Sarr while a number of players are expected to leave Stamford Bridge to free up space in the squad.

Silva should come straight into the Blues’ starting XI if a deal is completed, although it remains to be seen what number the experienced defender will be wearing on his back.

The Brazilian claimed No 2 for nine of his 12 seasons in Paris, donning No 12 for the other three years.

However, the former shirt is currently occupied by Antonio Rudiger while Ruben Loftus-Cheek has laid claim to the latter since he broke into the first-team picture.

Silva has worn No 3 for the majority of his international career, but Marcos Alonso currently wears that for Chelsea so it will not be an option unless the Spaniard moves on or relinquishes his number.

Looking further back in his career, Silva has pulled on No 4 and No 15 at various times for La Selecao but current Chelsea centre-backs Andreas Christensen and Kurt Zouma claim those spots.

Silva has also worn No 14 for Brazil during three separate seasons and this is a more likely option with current incumbent Tiemoue Bakayoko set to join AC Milan after two consecutive spells on loan away from Stamford Bridge.

Meanwhile, Silva claimed No 33 for his entire AC Milan career and this is another option with Emerson Palmieri expected to join Inter Milan this summer. 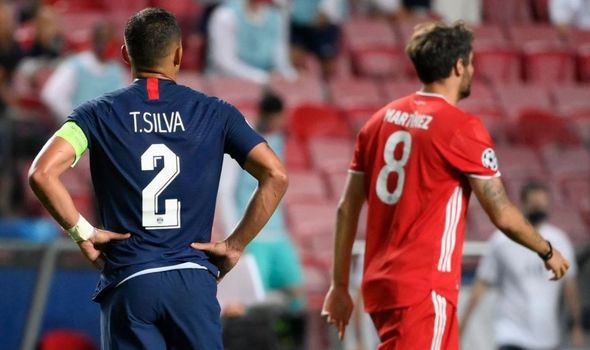 No 6 is technically claimed by midfielder Danny Drinkwater, who spent last season on loan at Aston Villa, but is expected to become vacant if a buyer is found for the midfielder.

Willian (No 10) and Pedro (No 11) have both left the club on free transfers but their shirts appear to be lined up for Ziyech and Werner respectively.

No 16 could become free if Kenedy is sold and it is the same situation with No 21 if Davide Zappacosta moves on.

No 27, No 30 and No 32 are all vacant but unfashionable while No 25 and No 26 are technically up for grabs but it appears that Chelsea have unofficially retired the iconic shirts after the exploits of Gianfranco Zola and John Terry.