Thierry Henry couldn’t help but enjoy himself when giving his commentary on Sporting Lisbon’s second goal in their 2-0 Champions League victory over Tottenham.

Paulinho opened the scoring in the 90th minute for the Portuguese side, before Brazilian substitute Arthur Gomes scored a brilliant solo goal to seal the victory three minutes into stoppage time. 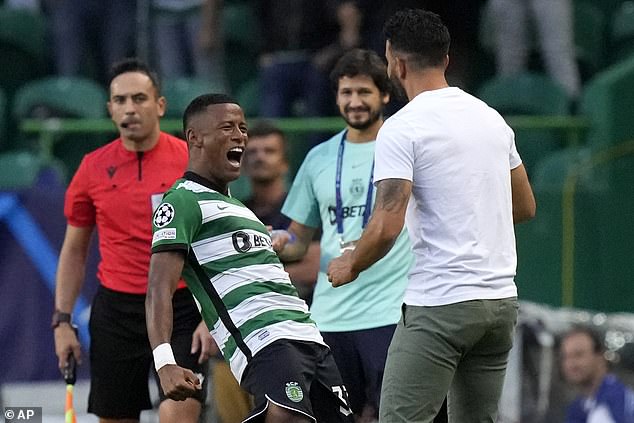 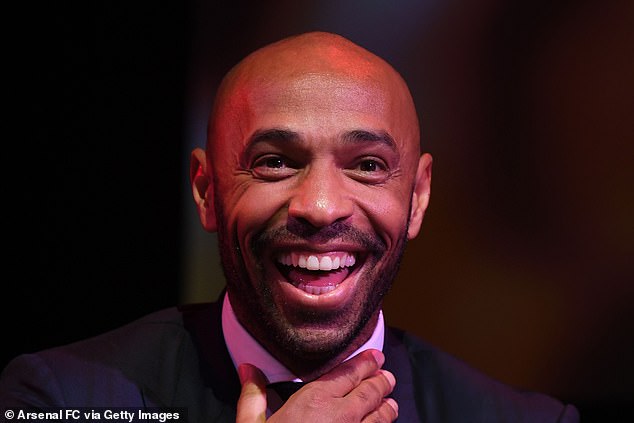 While speaking over a replay of Arthur’s goal, Henry said: ‘That goal… I don’t care if it was against Spurs but look at what he does.

Henry’s commentary on the goal amused the CBS Sports pundits, with Jamie Carragher, Alex Scott and Kate Abdo laughing at the Frenchman. 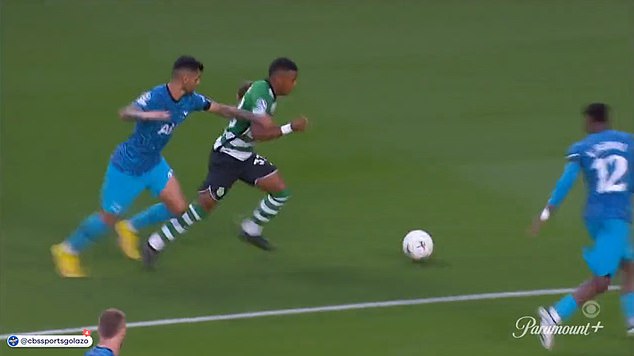 It was a brilliant goal from Arthur who nutmegged Emerson Royal, before doing the same to Hugo Lloris as he slid the ball into the back of the net.

Henry, who won two Premier League titles during his time at the Gunners, scored five goals in the north London derby – including a memorable solo goal of his own where he ran from his own half.

The celebration for that goal has since been immortalised with a statue outside the Emirates stadium.

Sporting meanwhile now sit top of Group D, after taking two wins out of two, following their prior 3-0 victory over Eintracht Frankfurt away from home.

Antonio Conte’s men missed a host of chances on Tuesday night, and after the match, he said: ‘The Champions League level is very high. You have to reduce the mistakes because at the end you can pay and we paid, we paid a lot. 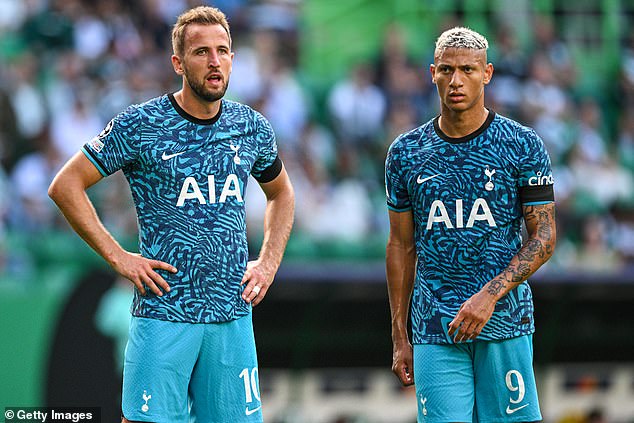 ‘Now, instead of a draw, we are talking about a loss against a team used to playing in this competition. It’s a pity.

‘All of the players know the level is an important level and you have to continue to improve yourself. A draw would have been more fair but Sporting were good to take their moment.

‘They scored with a corner and then the second goal after 90 minutes. It’s a pity but it was a difficult game.

‘We had two or three situations where we could have done much better but now we must rest and think about the Premier League.’

Notably in the contest, Sporting forward Marcus Edwards, who came through the ranks at Tottenham, produced a man-of-the-match performance.