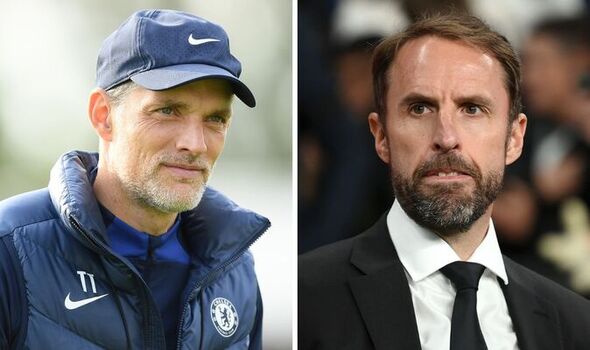 Champions League-winning boss Thomas Tuchel ‘can imagine managing England’ following his dismissal at Chelsea – meaning he could enter the thinking of the Football Association should they consider parting company with Gareth Southgate after the World Cup in Qatar. The German tactician remains unemployed after he was axed by Chelsea last month after a dismal 1-0 Champions League defeat to Dinamo Zagreb in Croatia.

New Blues owner Todd Boehly decided to part company with Tuchel due to a difference of opinion in terms of the club’s vision moving forward.

The American businessman then wasted no time at all to appoint Brighton head coach Graham Potter and so far, his decision looks to have paid off following four straight victories.

According to Bild in Germany, Tuchel is now open to managing England in the future, although it’s currently unclear whether he’d be ready to jump into the opportunity next.

Reports claim Tuchel has already rejected the chance to return to management in the Bundesliga with Bayer Leverkusen, who have now pushed ahead with the appointment of Xabi Alonso.

Bayern Munich and Real Madrid have also been earmarked as potential future destinations for the 49-year-old.

England boss Southgate knows his role is currently under threat despite signing a new contract that runs until 2024.

The Three Lions are under huge pressure to deliver in Qatar after finishing bottom of their Nations League group, meaning they were relegated from League A.

“As we speak now, I’m contracted to this time in 2024, but I am also well aware in football you have to get results,” Southgate said.

“So the plan is there and the desire for continuity is there too, but I also don’t take for granted that you can underperform and expect to stay in that office.”

Fears for Southgate’s job intensified after the 4-0 home defeat to Hungary at Molineux but he looks set to lead the Three Lions at the World Cup, where he would look to make it third time lucky after near misses in Russia in 2018 and at the European Championships.

Tuchel seemingly needed some time away from the game to recover following his unexpected dismissal in west London.

It’s understood he is now ready to return to the dugout should the right opportunity arise.

He wrote to Chelsea fans in an open letter last month: “This is one of the most difficult statements I have ever had to write – and it is one which I hoped I would not need to do for many years. I am devastated that my time at Chelsea has come to an end.

“This is a club where I felt at home, both professionally and personally. Thank you so much to all the staff, the players and the supporters for making me feel very welcome from the start.

“The pride and joy I felt at helping the team to win the Champions League and the Club World Cup will stay with me forever. I am honoured to have been a part of this club’s history and the memories of the last 19 months will always have a special place in my heart.”

Mo Salah goes public with stance on his future at Liverpool