Thomas Tuchel ran his eye over two Chelsea youngsters in training ahead of Thursday’s clash with Tottenham. Tuchel is set for his biggest test so far as Chelsea’s new manager when his side travel to face Jose Mourinho’s men in a crucial Premier League showdown.

Spurs and Chelsea are level on points in sixth and seventh place respectively, with both sides looking to revive their top-four hopes after dropping down the table.

Tuchel has made an unbeaten start to life in the Stamford Bridge hotseat, with Sunday’s win over Burnley following last week’s 0-0 draw against Wolves in his first game in charge.

But his players are likely to face a sterner examination against Tottenham , who will be hurting after back-to-back defeats to Brighton and Liverpool.

And as Tuchel continues to get to know his squad, Billy Gimour and Tino Anjorin were spotted in training with the club’s senior stars. 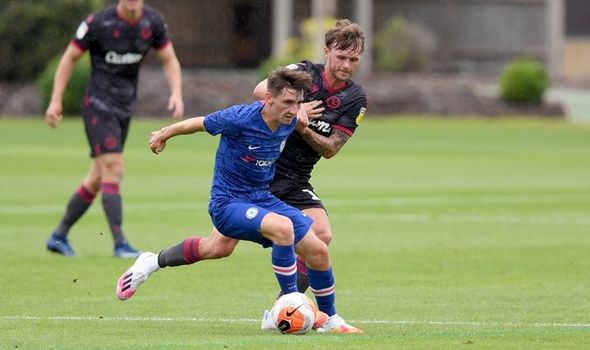 Attacking midfielder Anjorin has played in the Champions League, FA Cup and EFL Cup for Chelsea this season but is yet to make an appearance in the Premier League.

The 19-year-old scored two goals in a defeat to Bristol Rovers in the EFL Cup back in November, and has scored three times for the under-23s – most recently firing a double in a 6-1 win over Manchester United in Premier League 2.

Anjorin will have relished the chance to impress former PSG boss Tuchel – as will Gilmour, who looked set for a January exit until he caught the manager’s eye in training.

The Scotsman was set to leave on loan to gain more first-team experience when Frank Lampard was at the helm, despite being held in high regard. 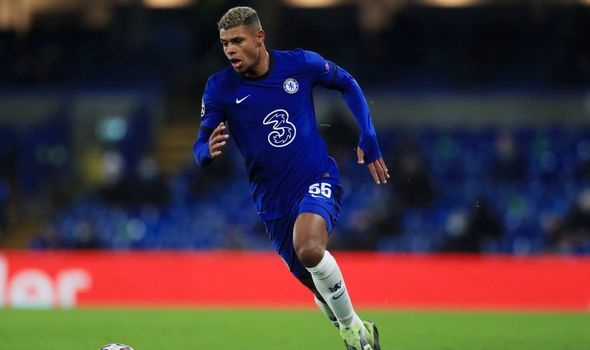 But according to the Evening Standard, new boss Tuchel has been massively impressed by the midfield ace and he now looks set to stay until the end of the season.

He said: “I have a good impression. He is a very strategic guy, a very high level of game understanding. Very good in the first contact. Very clever in positioning.”

Winger Hakim Ziyech is back in contention for Chelsea after being rested against Burnley on Sunday.

Kurt Zouma and Kai Havertz are injury doubts and will be assessed ahead of the game.

Ask Crouchie! Our resident columnist is back to answer YOUR questions