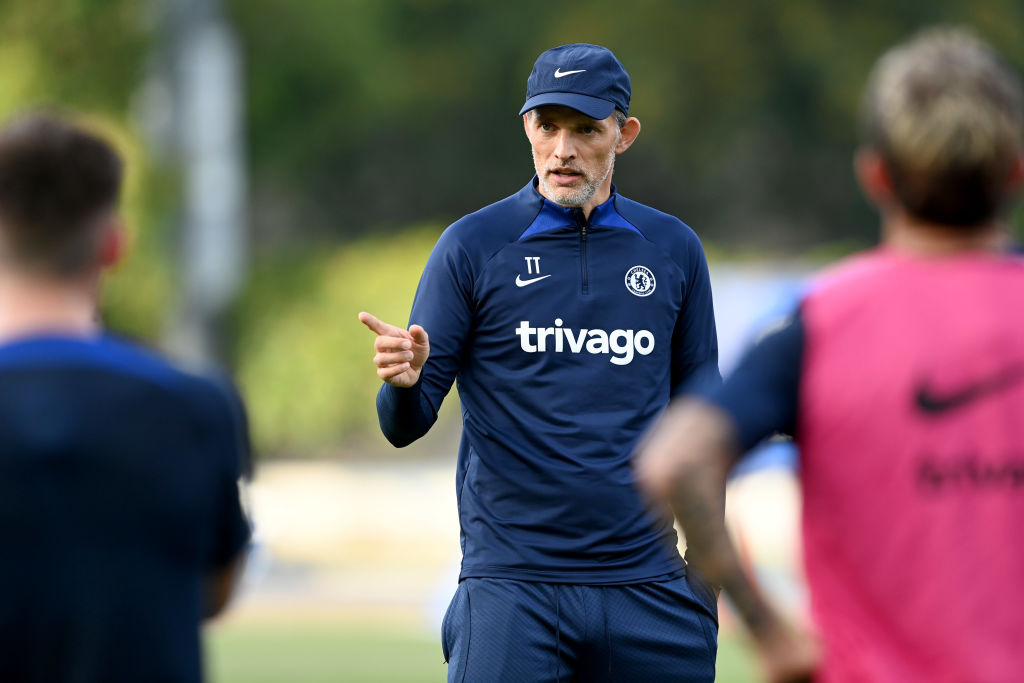 Thomas Tuchel insists Chelsea are not averse to signing another striker amid speculation his club are readying a bid to sign Manchester United superstar Cristiano Ronaldo.

Chelsea kickstarted their summer spending in earnest on Wednesday after confirming the arrival of Raheem Sterling from Manchester City.

The England international’s versatility will represent a major asset for Tuchel who may opt not to sign a direct replacement for Romelu Lukaku who has returned to Inter on loan after a nightmare 12 months at Stamford Bridge.

Tuchel employed Kai Havertz in a central striking role last season and is set to surround the Germany international with a clutch of mobile forwards who are capable of playing all across the front line.

Ronaldo’s shock decision to quit United just a year after his emotional homecoming has provided Chelsea and new owner Todd Boehly with an opportunity to land a marquee signing and a cast-iron guarantee of goals.

Boehly held talks with Ronaldo’s agent Jorge Mendes last month where the topic of the wantaway 37-year-old came up.

United publicly insist last season’s 24-goal top scorer isn’t for sale but privately would accept an offer in the region of £14million from a club outside the Premier League.

His decision to swerve United’s pre-season tour has, however, cast a shadow over the start of Erik ten Hag’s tenure and a swift resolution is being sought.

Tuchel, meanwhile, has refused to rule out the prospect of signing the former Real Madrid striker when asked directly about the prospect of recruiting the five-times Ballon d’Or winner, but insists Chelsea’s transfer priorities lie elsewhere.

‘I would not rule out signing another striker, but it’s not our priority,’ said the Chelsea boss. ‘The priority right now is our defence, it’s not a secret.’

‘We lost top players and so now we need to replace them.’

Antonio Rudiger and Andreas Christensen both left on free transfers earlier this summer, while the futures of Cesar Azpilicueta and Marcos Alonso remain uncertain.

Chelsea are, however, closing in on the signing of Kalidou Koulibably from Napoli, remain confident of signing Nathan Ake from City and will then turn their attentions to PSG Presnel Kimpbembe.