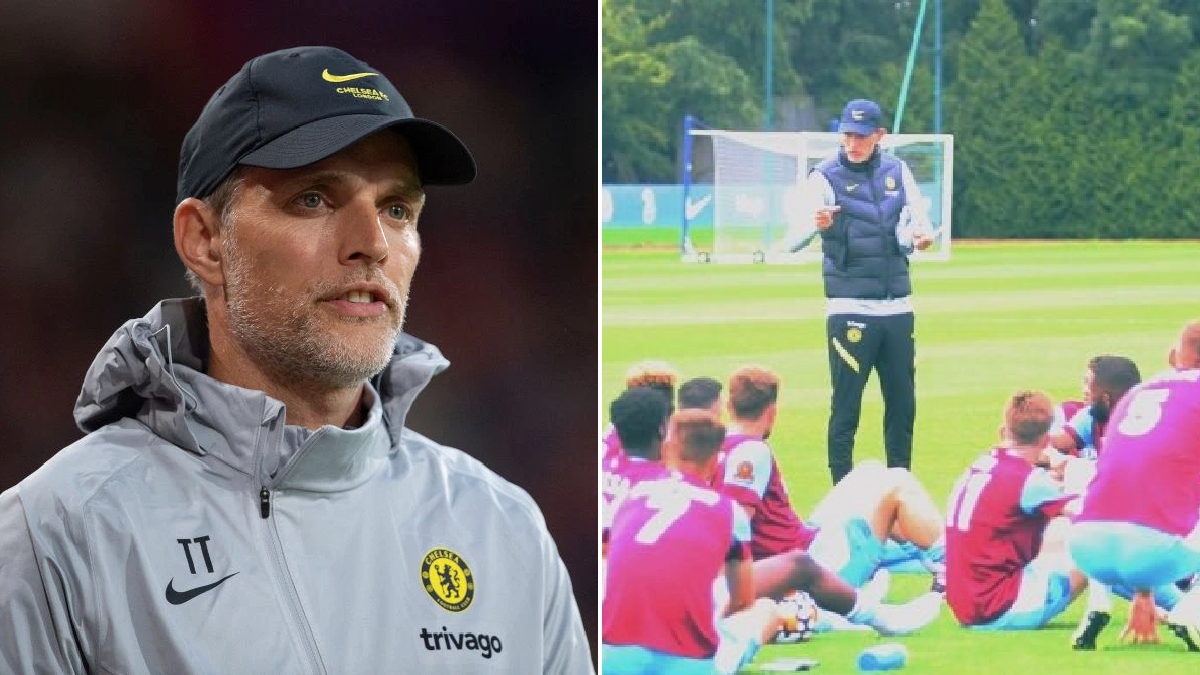 Chelsea manager Thomas Tuchel showed a touch of class to give Weymouth’s defeated players a post-match team talk after the Blues netted 13 goals in a dominant friendly victory.

The Champions League holders made a perfect start to the new Premier League season, taking complete control against Crystal Palace in an easy 3-0 victory at Stamford Bridge on Saturday.

But Chelsea have one of the biggest and most talent-packed squads in Europe, many of whom returned late to pre-season after Euro 2020, leaving a number of players in need of minutes.

That saw the club arrange a behind-closed-doors friendly against Weymouth on Sunday at the club’s Cobham training centre to build up fitness for the players who were not involved against Palace.

The likes of Reece James, Thiago Silva and Callum Hudson-Odoi all played – and scored – in a very strong line-up against the non-league side, while Michy Batshuayi netted five times and Ross Barkley grabbed a hat-trick.

Ben Chilwell, Kurt Zouma, Emerson Palmieri, Ethan Ampadu, Kepa Arrizabalaga and Davide Zappacosta rounded off the line-up, many of whom were involved in the Champions League final not so long ago.

Tuchel was on the sidelines giving his players instructions and coaching them, with the friendly far from just a mere fitness exercise.

After the 13-0 win, Weymouth’s players – the majority of whom are only semi-professional – looked shell-shocked and dejected but Tuchel gathered them together and gave them some passionate post-match advice in a morale-boosting speech.

#Chelsea boss Thomas Tuchel speaking with the Weymouth squad after the friendly at Cobham.

He continued: ‘The whole experience has been brilliant and it’s something that I’m sure will live long in the memory of the players.

‘We knew when we saw the starting line-up that there were going to be some internationals, but I didn’t know they were going to field a whole team of them!

‘I’m pretty sure the majority of the players won’t play a team like that ever again in their lives – If they do, they’d have gone on to have a very good career!’