Arsenal boss Mikel Arteta is set to be without Kieran Tierney for up to six weeks after the left-back suffered a knee ligament injury during last Saturday’s 3-0 loss at home to Liverpool. Arteta does not have a direct replacement for Tierney after letting Sead Kolasinac leave the club on loan in January. Express Sport looks at three ways Arsenal could line up without the Scotland star. 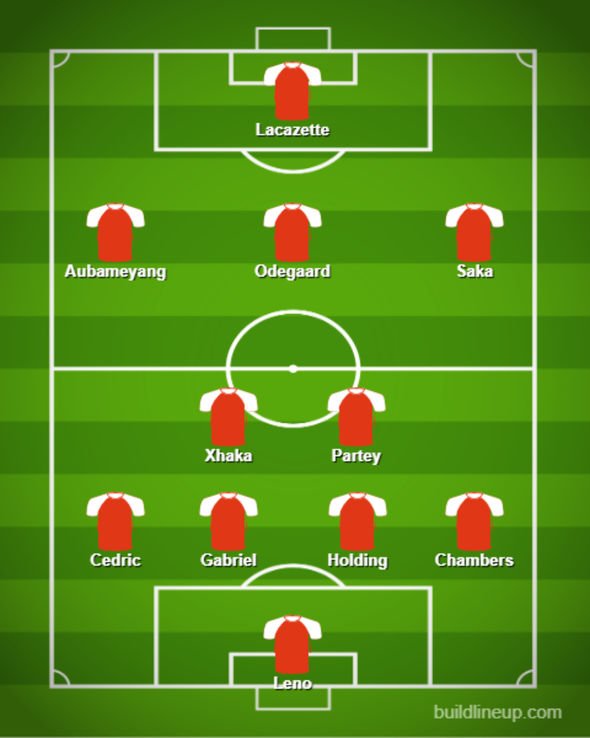 Cedric Soares filled in for Tierney earlier this year when another knee injury ruled the ex-Celtic defender out between January and February, so could do so again.

Cedric is naturally right-footed though and made a high-profile mistake in the 1-0 loss at Aston Villa two months ago.

But it would allow Bukayo Saka to stay further forward on the right of a front three, where he has impressed so much this season.

Cedric is not afraid to go forward like Tierney does but will want to cut in onto his stronger side, which cuts out a big part of Arsenal’s attacking prowess. 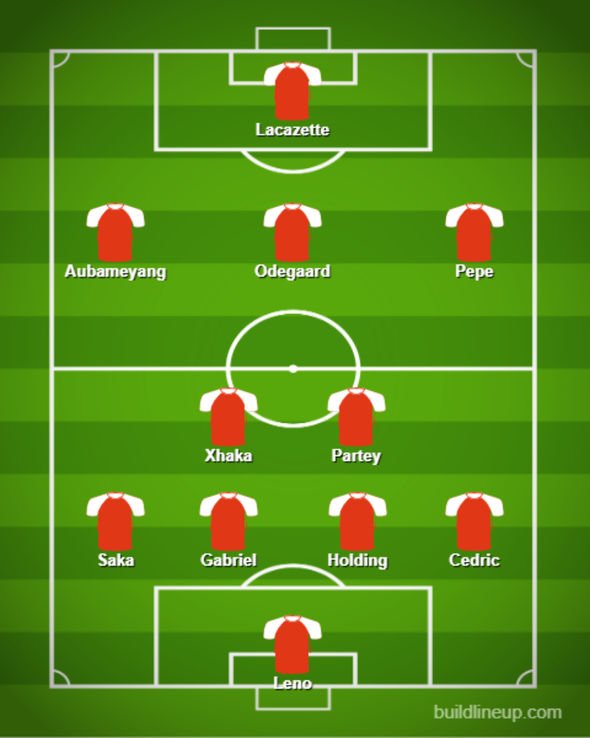 Saka at the back

Left-back is one of a number of positions the versatile Saka has played in already in his fledgling career.

With Tierney and Kolasinac both spending time out through injury last season, Saka unsurprisingly performed admirably in the role.

It would leave a space in the attack, with Nicolas Pepe likely to fill in on the right in Saka’s absence.

Having a natural left-footed player in the position will appeal to Arteta. 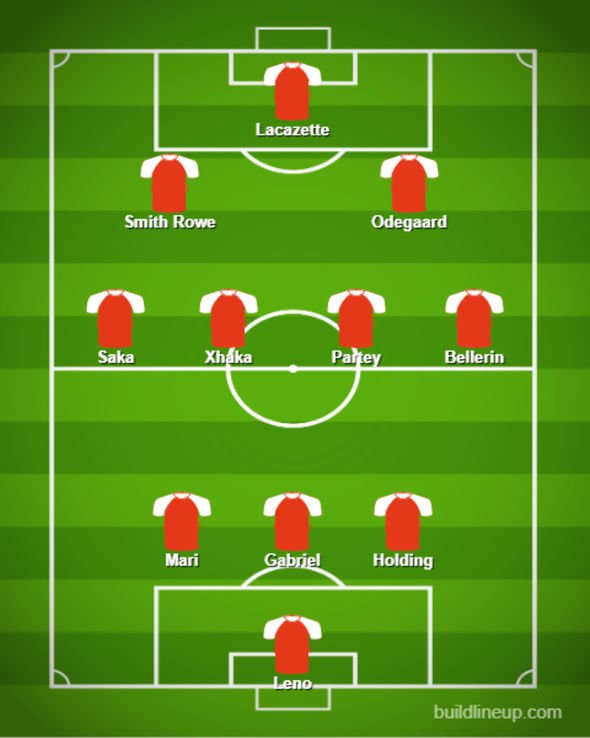 Arteta could choose to revert to playing a back three, the formation he used in his first season in charge of the Gunners.

Saka would likely be used as a left wing-back in this setup, with the pacier Hector Bellerin on the opposite flank.

It would leave Martin Odegaard without a natural No 10 position to play in.

However, both he and Emile Smith Rowe could play as inverted playmakers, allowing Bellerin and Saka to bomb on outside of the pair. 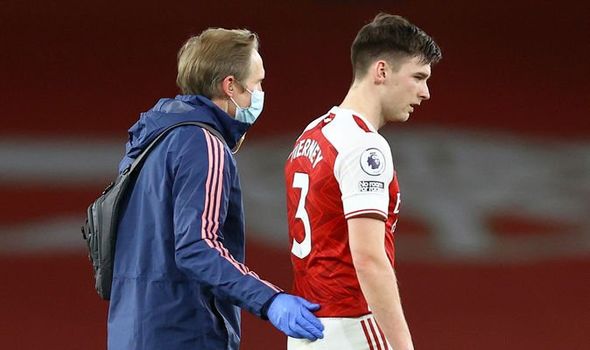 What Arteta has said

Arteta has admitted Tierney’s absence is a big blow to how he wants his team to play.

But he says the injury is not as bad as first feared.

“It could have been worse because the action looks quite scary but he’s feeling better and the damage is not that bad,” Arteta said.

“At the end of the day, it’s not the bad news that maybe we were expecting after the game.

“We’re going to have to make some adjustments because his qualities are unique and we don’t have anybody with his qualities within the squad unless we start to move a lot of pieces.”

Coronavirus: Rangers ‘ready and willing’ to let NHS use Ibrox