Hashtag ‘BruceOut’ was trending at full-time, then the manager himself suggested maybe it is ‘time for a change’. Unfortunately for those online Newcastle United fans, he meant tweaking his tactics.

Newcastle were downright awful at Selhurst Park. They never looked like winning, or even scoring.

Goalkeeper Martin Dubravka was their best player and there was no day off for the squad on Sunday with Steve Bruce hauling his under-performing troops in for training. 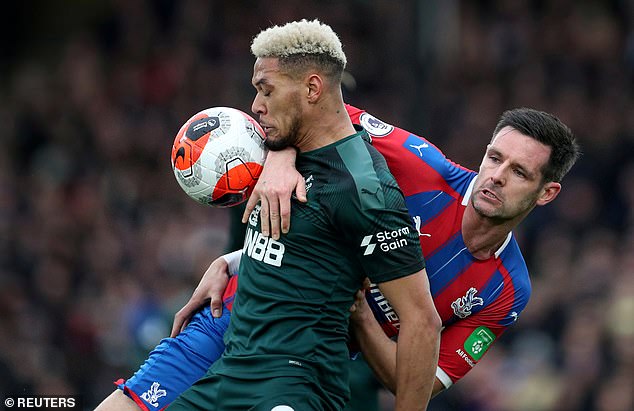 They need to work out a way to pose a threat. Palace secured their first win in 2020 thanks to Patrick van Aanholt’s fine first-half free-kick and, despite the slender scoreline, it was never in doubt.

Speaking about his goal-shy side and inability to sign a striker in January, Bruce said: ‘There wasn’t anybody out there who would have made us any better, so what was the point?

‘In the last game and a half, we haven’t looked a threat.

‘Our achilles heel all season has been that we haven’t scored enough. Too often when we get in the last third, we miss the pass or over-hit the thing or take the wrong option.’

Joelinton, a £40million acquisition last summer, looked lost up front. The Brazilian, 23, has not scored in the Premier League since August. 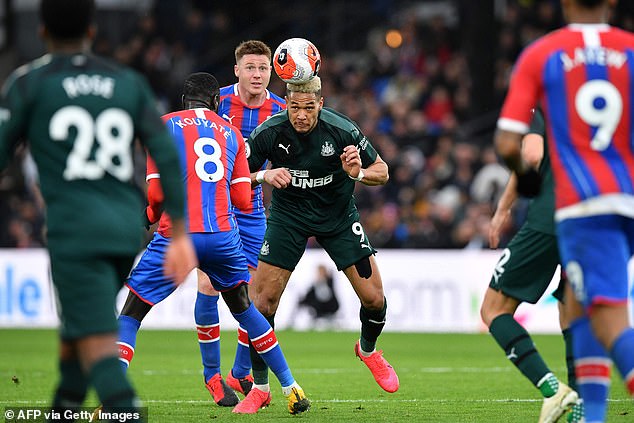 His work-rate is good but his knack for goalscoring is poor. Maybe it is time he was dropped.

Team-mate Matt Ritchie defended him, saying: ‘We need to work as a team to try to create more and score more. That’s down to the whole team.

‘Speak to anyone who plays against us, and they all say we’re a tough team to beat. That’s what we’ll continue to be and hopefully we can pick up three points through being that.’

The win lifted Palace further towards safety and Gary Cahill said: ‘At the start of the game, we were aware of the pressure. This was a big game.

‘There is a little bit of daylight now. We want to look forward.’

Roy Hodgson is expected to sign a new contract as Palace manager soon, with his current deal due to expire at the end of the season. Palace’s players would like to know who will be in charge next season. ‘Hopefully it comes to a nice conclusion,’ Cahill added. 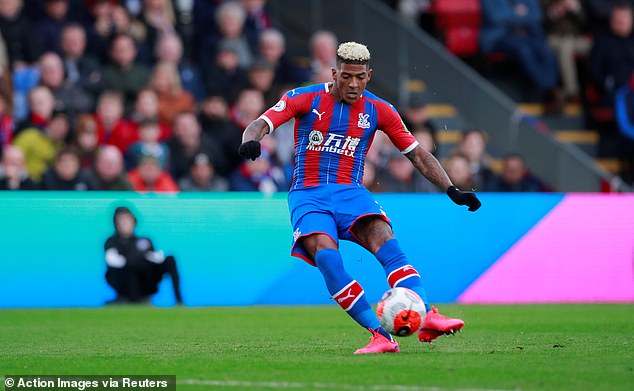