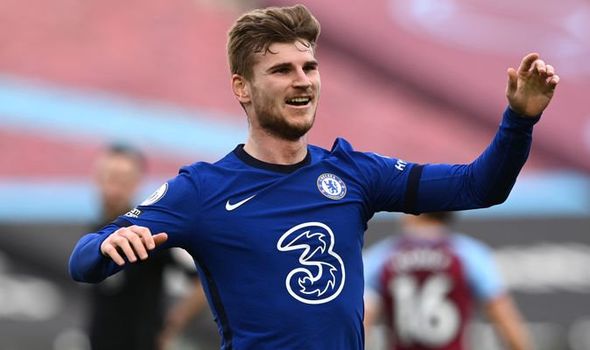 Chelsea’s Timo Werner has unfinished business in the Champions League as he heads into Tuesday’s semi-final first leg against Real Madrid looking to prove a point.

Last year, the German international striker was left out of RB Leipzig’s squad for the quarter finals when the competition restarted, after he opted to complete his £48million move to Chelsea early so he could take part in their pre-season.

Leipzig, without their key striker, went out 4-2 on aggregate to Atletico Madrid, and Werner was heavily criticised for his decision in his homeland.

Now though, he has reached the semi-final with his new club, who face Real Madrid on Tuesday night – and with his goal against West Ham at the weekend, has strengthened Chelsea’s chances of qualifying for the same competition next year.

Not only that, but with the 25-year-old scoring his first goal since mid-February and only his second in the Premier League this year, Werner showed that maybe, just at the right time for Chelsea, the goal touch that saw him net eight times in his first dozen games is returning. 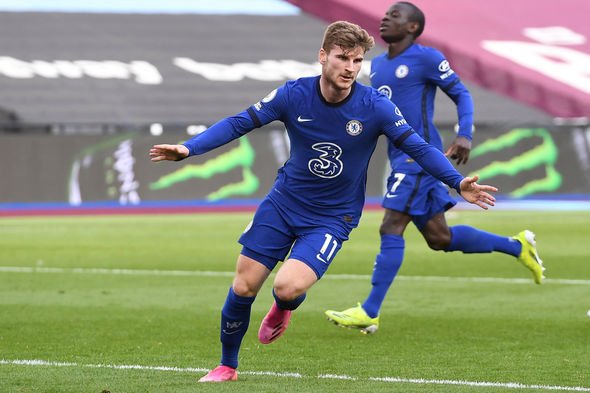 Werner said: “Last year I dropped out in the quarter finals because of the move.

“I had a lot of criticism for that in Germany because it is not often you are in the quarter finals of the Champions League.

“But now I have reached it again, one year later, with my new club. I can show everybody I can do it not only with one team but with two, two years in a row.

“It makes me proud – and more hungry to make it this year to the final. And maybe to win.”

He added: “To reach the Champions League final and win it is the dream of every kid.

“We face a very strong opponent. We want to keep pushing and give everything we have. It’s very difficult because we have to also keep an eye on the Premier League because we have big games there. It is not boring!

“The Champions League is the most difficult cup in the world to win. But we also have a big chance to win the FA Cup. We have a good team. We are not here because we are lucky.”

In a key game in the battle for the top four, Chelsea were always in control at the London Stadium on Saturday.

West Ham, still shorn of important players like Declan Rice and Michail Antonio, simply did not have enough to really trouble them – and now there is a three-point gap between the sides, with five games left.

In an oddly subdued game after a tumultuous week, Chelsea, the former European Super League side, had the better chances as Werner shot over, and Lukas Fabianski made several good saves.

Just before the break though, a neat move saw Ben Chilwell cross, and the German slotted the ball home confidently.

He then though missed a sitter when Mason Mount’s shot was fumbled by Fabianski, and the Hammers had their best spell, but Jesse Lingard lobbed just wide.

Fabian Balbuena’s ludicrous sending off for his clash with Chilwell further hampered West Ham, and Chelsea should have added a second when Tammy Abraham headed over an open goal.

Timo Werner shows there's more to his game than goals