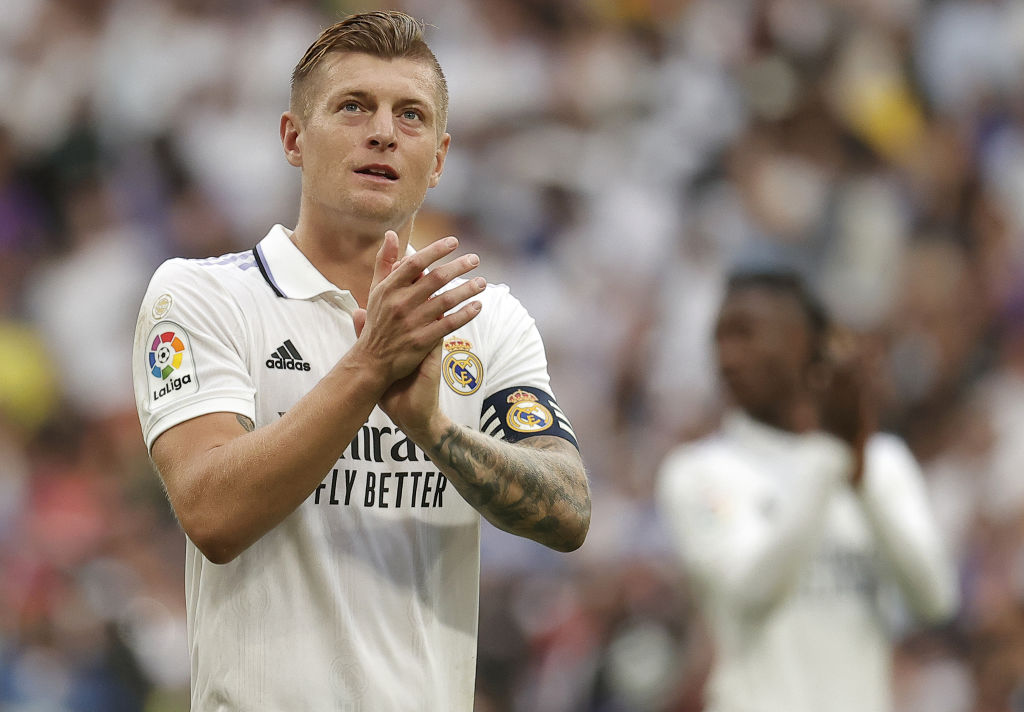 Real Madrid star Toni Kroos was left bewildered after Manchester City were crowned the team of the year at the Ballon d’Or awards, with the Spaniards finishing in third behind Liverpool.

Carlo Ancelotti’s side won their 14th Champions League title in May when they beat Liverpool in the final.

The La Liga giants beat Chelsea and City on the way to the final, while they also won the league title before their victory in Paris.

Karim Benzema was crowned the footballer of the year after his sensational campaign, while Thibaut Courtois was recognised as the best goalkeeper.

However, City were awarded the team of the year while Madrid came in third – even behind Liverpool.

The decision didn’t go down well with Kroos, with the six-time Champions League winner taking to Twitter to question City’s win.

The German clearly feels his side deserved the award but there was plenty of other cause for celebration for the Spaniards at the prestigious ceremony.

The Frenchman scored 15 goals in 12 Champions League appearances, including a hat-trick against Chelsea in the quarter-finals and two against City in the semi-finals.