Hamburg defender Toni Leistner was involved in a shocking altercation with a Dynamo Dresden fan after climbing into the stands to confront the opposing supporter.

The German broke from being interviewed after suffering a 4-1 defeat in the DFB-Pokal first round to make his way into the supporters area to aggressively confront the fan.

The incident happened with a crowd of 10,053 present at the Rudolf-Harbig-Stadion, the biggest attendance in Germany since the coronavirus lockdown.

Scroll down for video. 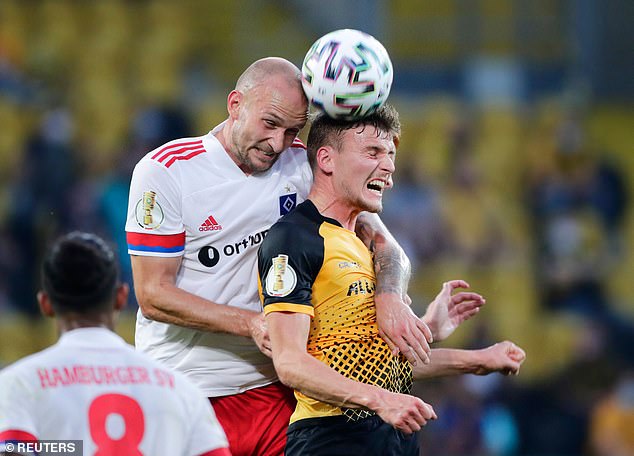 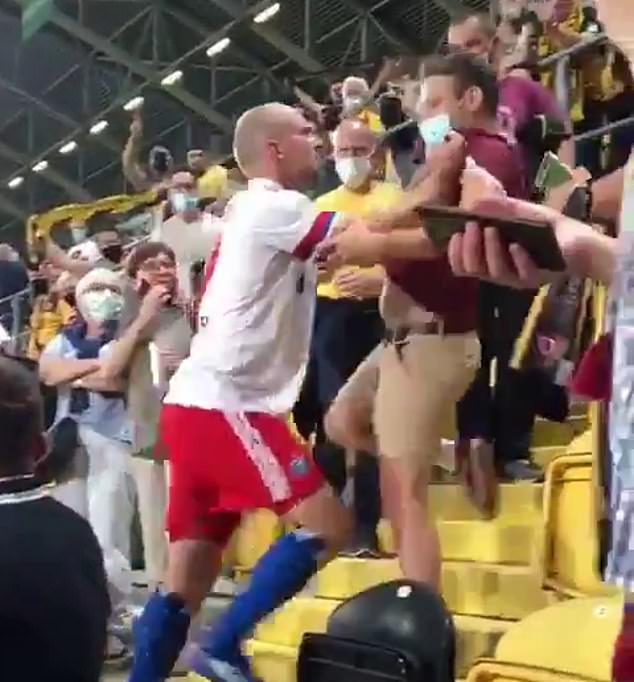 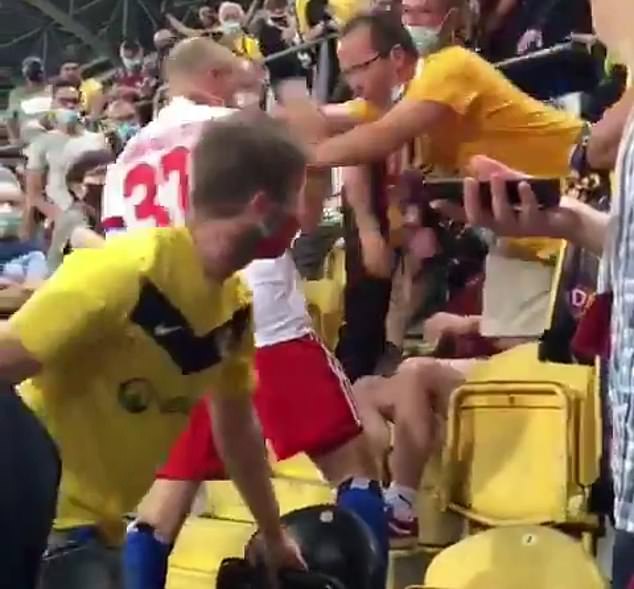 The viral video on social media shows the former QPR defender jump over the advertising hoardings, move quickly towards the supporter and aggressively push him into his seat.

Stewards and other supporters were quick to stop the altercation and usher the defender away from the situation, but his anger was still evident as he made his way back to the pitch.

The 30-year-old later revealed on his Instagram that his actions were in response to a comment made by the unnamed fan.

‘It was extremely and massively below the belt against my family, my wife and my daughter. In the moment, my fuse blew, especially since this was an extremely emotional game for me’, Leistner revealed.

Leistner was born in Dresden and played for Dynamo between 2010 and 2014. 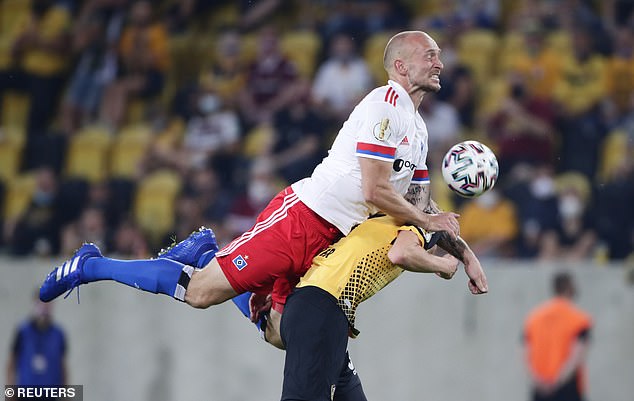